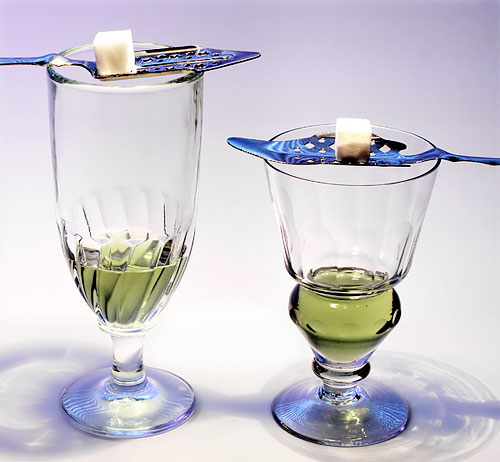 The mere fact that March 5 was National Absinthe Day is proof that we’re living in a new and enlightened age.

Until the early years of this century, absinthe was illegal in the U.S. and many other countries around the world. The drink had been invented in 1792 by Pierre Ordinaire, a French doctor living in Switzerland, and quickly became the rage throughout Europe---so popular, in fact, that by 1910 a stunning 36 million liters (the equivalent of 48 million bottles) were consumed annually. In Paris, the period from 5-7 p.m. became known as L’Heure Verte, or the green hour.

The bans went into effect shortly before World War I. At the time, absinthe was believed to be a hallucinogenic spirit that caused brain damage and madness. In France, authorities declared that the consumption of a single glass of absinthe was the beginning of a downward spiral that would result in alcoholism and death.

We now know those claims were nonsense. The herbs from which the drink was distilled---specifically wormwood and its active ingredient, thujone---weren’t capable of producing hallucinations, at least not in the amounts present in a glass of absinthe. However, the spirit does contain the strongest alcohol levels of any booze on the market. Some Swiss brands go as high as 160 proof (80% alcohol), or twice as potent as the average vodka. Absinthe was finally legalized in the U.S. in 2007, but with the stipulation that the product be thujone-free.

The traditional method of preparing the drink for consumption was a bit of artful theater. In the famous French Method, a sugar cube was placed atop an intricately designed slotted spoon, and the spoon was then positioned over a glass that contained several ounces of absinthe. Ice water was poured over the sugar cube into the absinthe, which turned milky-white and cloudy. Purists maintain that this technique gradually releases the herbal aromas and flavors of the spirit. The final drink consisted of three to five parts water to one part absinthe. Over time, elaborate absinthe fountains were developed, with spigots that allowed ice water to be dispensed to numerous drinkers (you can still see one on the bar of the Old Absinthe House on Bourbon Street in New Orleans).

Before, during and after the ban, absinthe gave birth to a number of popular cocktails. The most famous of these were created by legendary bartender Harry Craddock, and immortalized in The Savoy Cocktail Book in 1930. There is the Chrysanthemum (dry vermouth, Benedictine and absinthe) and the Corpse Reviver #2 (gin, lemon juice, curaḉao, Kina Lillet and a dash ofabsinthe). Visitors to New Orleans have probably imbibed a Sazerac, in which the glass is rinsed with absinthe prior to preparation. A personal favorite is Death in the Afternoon, created in 1935 by Ernest Hemingway:

“Pour one jigger absinthe into a Champagne glass. Add iced Champagne until it attains the proper opalescent milkiness. Drink three to five of these very slowly.” 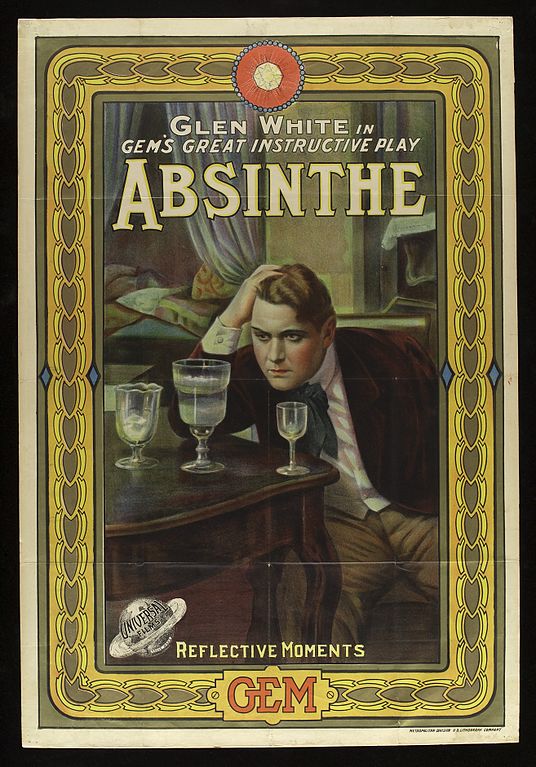