The inside story of Australian wine is a heartbreaking tale of boom and bust. Veterans still shake their heads over The Great Vine Pull of 1987: after five years of uncontrolled surpluses, the government actually paid growers to remove Shiraz vines and leave their land barren. The result was the loss of thousands of acres of the best old-vine Shiraz.

The industry recovered and another boom ensued, only to come crashing down in the recession of 2007-8. Then a strong surge in the value of the Aussie dollar made entry-level wines such as Yellow Tail no longer seem like appealing bargains. To make matters worse, consumers moved toward a preference for a cleaner, more natural style of wine, which further weakened the appeal of Barossa’s high-alcohol, overripe and heavily oaked reds.

Australia’s best winemakers are finally coming up for air, with a caveat: their most successful wines now are originating in cooler climates, regions that turn out grapes with higher acidity and more grace than the killer Shiraz with which we’re all familiar. One such area is the Adelaide Hills, sandwiched between the city and the Barossa Valley. Another is Tasmania, the southernmost island Down Under (remember that in the Southern Hemisphere, the weather becomes cooler as you head south).

The region has one of the coolest climates in the entire country, which tends to preserve acidity in wine grapes and makes the area perfect for Sauvignon Blanc, Chardonnay and even Pinot Noir---a rare variety Down Under. As the area has expanded in recent years, well-known wineries have established footholds in designated vineyard sites.

Petaluma, founded in 1976 by Brian Croser, is making sparkling wine, Chardonnay and Shiraz there. Penfolds produces its Thomas Hyland Riesling in the Adelaide Hills, and even finds the area cool enough to bottle a Reserve Pinot Noir---a rare grape variety in Australia. Although number of smaller wineries, notably Geoff Weaver and Nepenthe, briefly gained a foothold in the American market and saw their distribution dry up after 2008, the current demand for a fresher style of wine is opening up opportunities once again.

This climate motivated a pair of cousins, Michael Hill Smith and Martin Shaw, to found their namesake winery there over twenty years ago. Shaw and Smith is unique in boasting two Masters of Wine. Smith was the first Australian to pass the intense battery of exams. He is joined by David Lemire, who handles sales and marketing for Shaw and Smith as well as their second operation, Tolpuddle Vineyard, located in Tasmania.

In this era of climate change, most wines on the market contain an alcohol level between 14.5% and 16%, but the Shaw and Smith offerings (with the exception of their Shiraz) come in at a modest 12.5%---commonplace decades ago, but almost never seen any more.  And largely because of the acidity, these wines sing.

The 2015 Sauvignon Blanc ($22) features what DeMire describes as “a touch of herbaceousness rather than a mouthful of grass.” The Shaw and Smith Pinot Noir 2013 ($35) has a core of ripe, succulent red fruits framed by earth notes and supple tannins. Tolpuddle’s 2014 Pinot Noir ($50) is similar but edgier, with the fruit underlined by dried herbs, spice and menthol. Their 2013 Chardonnay ($48) is even better, with an explosion of citrus, melon and green apple flavors, assertive and powerful but still balanced. The Shaw and Smith 2013 Shiraz ($32) has a rich, meaty texture and a range of vivid black fruits nicely offset by sparkling acidity. These are wines to seek out, to drink with food and friends (www.shawandsmith.com/) 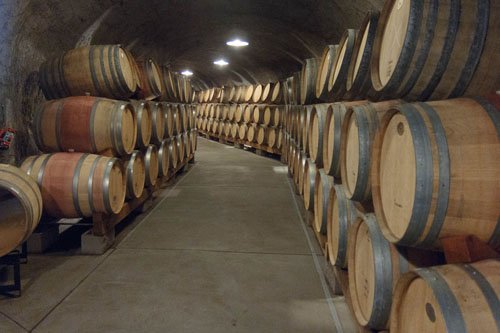