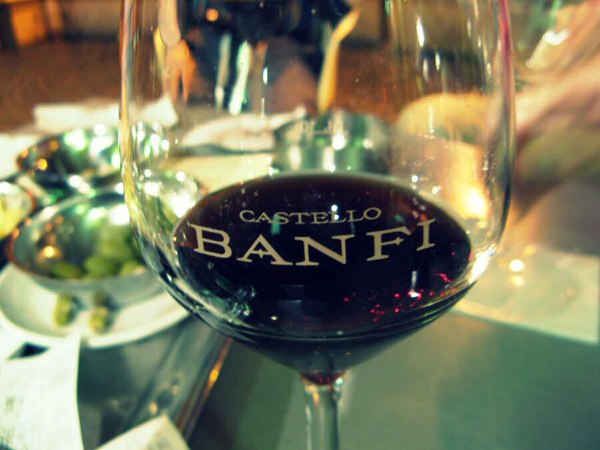 Banfi is a familiar name to many American consumers, who long ago figured out that the best way to score a wine value was to avoid California. That’s not to say that there aren’t any number of outstanding bargains produced in the Golden State (see my Affordable Wine Guide to California and the Pacific Northwest, at the bottom of this page), but simply that the process of finding them is too convoluted and difficult.

Along with Spain, Italy stands out as a source of well-made and reasonably priced wine, provided you know where to look. The reason is simple: these bottles come from a culture where wine is regarded not as a trophy, not as a sign of status or sophistication, but rather as a beverage designed to be consumed with meals. The challenge is sorting through the sea of vowels to find the jackpot, and that’s one of the things we’re committed to helping you do.

Banfi Vintners is an octopus with many tentacles, but their story is an interesting one. The operation is named for Teodolinda Banfi, who was the governess to the Archbishop of Milan and later followed him to the Vatican when he became Pope Pius XI. She supervised his household, ruled the kitchen and selected the wines served at the Papal table. She also inspired her nephew, Giovanni Mariani Sr., to enter the wine business in 1919.

The third generation of the Mariani family is running the outfit today, and their perspective remains unique. They are an Italian-American family who control a cluster of wine estates throughout Italy: their headquarters may be in the suburbs of New York City, but their heart remains in the old country. This perspective has led to the unique blend of tradition and cutting-edge technology that permeates their product line.

In 1978 the Marianis purchased the estate in Montalcino that was to become Castello Banfi. Today they also own Vigne Regali, their property in Piemonte that produces Gavi, sparkling wine and regional reds. Under the umbrella of Banfi Cru Artisan, they supervise the distribution of 30+ wineries from Italy and elsewhere. These estates span a large range from mass-market and commercial (Bolla, Cella and Reunite) to properties that celebrate the identity of Italian regional wine, such as Cerulli Spinozzi in the Abruzzi and Feudo Sartanna in Sicily. Surprisingly, some of their best wines are found at the lower end of the price scale.

bargains from the banFi portfolio 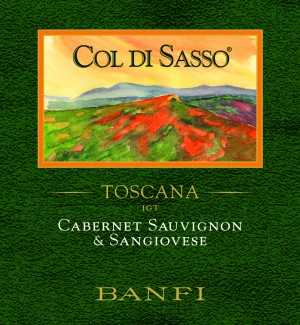 San Angelo Pinot Grigio Toscana IGT ($18): Decades after the grape variety was introduced into the U.S., we drink bathtubs full of Pinot Grigio. These wines span a range from uninspired plonk to glorious examples from Alto Adige and Collio. Pinot Grigio from Tuscany, though, is a rare animal. This wine is grown in estate vineyards in the southern part of Montalcino, and exhibits a generosity of texture lacking in wines made further north. There’s some citrus in the flavor profile, but the emphasis is on lush notes of pear, peach and apricot. This is probably as close as you can get to a “serious” Pinot Grigio, one that will stand up to poultry, veal and pork dishes as well as seafood.

Vigne Regali Principessa Gavia, Gavi DOCG ($16): Gavi is the signature white wine of Piemonte, made from the Cortese grape. The Banfi version comes from an estate vineyard named for an ancient princess named Gavia, and it’s a remarkable wine for the money. The texture is clean, ripe and fresh, with good acidity and hints of exotic tropical fruits. It builds in intensity in the mouth, and gains in richness on the finish. It drinks well on its own and is a charming match for seafood of all sorts.

Vigne Regali L'Ardi Dolcetto D’Acqui ($12): Unique to Piemonte, Dolcetto is one of the most overlooked Italian grape varieties. It produces a wine which is soft and lush, with supple tannins and ripe flavors of cherries and black fruits. Because of the low tannin level, it is satisfying to drink on its own (a wise woman at our tasting described it as a “porch pounder”). With food, it pairs easily with everything from marinated shrimp and linguine in red clam sauce to pork roasts and slow-cooked stews. Serve slightly chilled.

Castello Banfi Col di Sasso ($11): This 50/50 blend of Cabernet Sauvignon and Sangiovese is what we used to call a Super Tuscan, minus the stratospheric price tag. It’s grown on steep hillsides in southern Tuscany (hence the name, which translates as “stony hill”). From high-tech winemaking to minimal barrel aging, every step is taken to preserve the wine’s freshness. It is ripe, forward and exuberant, delivering a hint of traditional smokiness along with the familiar cedar and blackberry framework of Cabernet. It goes best with pizza, grilled meats and rustic pasta dishes.

Castello Banfi Rosso de Montalcino DOC ($22): Okay, it’s a shade over $20, but well worth it. Unlike most versions of Rosso di Montalcino, which are simply declassified Brunello vines and/or wine that didn’t make it into the final blend, this is a careful clonal selection of estate Sangiovese. The nose exudes classic varietal aromas of berries, leather and smoke; black fruits and earth notes intertwine in the mouth, enhanced by good acidity. Truth be known, I prefer this wine to Banfi’s Brunello di Montalcino. From any perspective, it’s a winner.

Vigne Regali, Rosa Regale Spumante ($20): This classic Piemontese sparkling wine, made from the Brachetto grape, may take some getting used to. It is semi-sweet and literally bursting with juicy flavors of strawberries, raspberries and red currants. At first it may seem like a dessert wine, and in fact it goes very well with chocolate. But it also pairs well with spicy cuisines such as Thai, Mexican or Szechuan. It is sometimes described as a red version of Moscato D’Asti---not entirely accurate, but a good introductory vision. 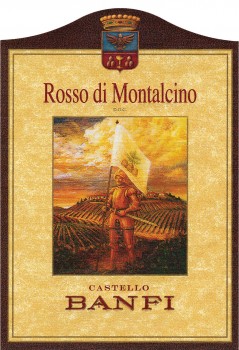 What are your experiences with the wines of Banfi? Share your comments and insights with the community!