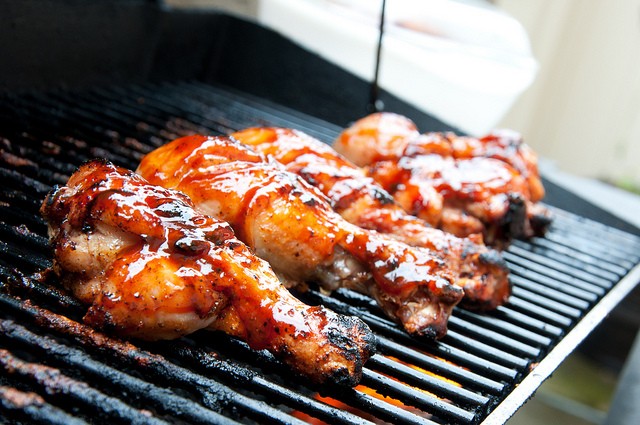 If not, it's pretty close.

Some time back, I received a sample of the St. Francis Old Vine Zinfandel, along with a recipe for using it to make barbecue sauce. I’m very fond of this wine, and normally wouldn’t spend $25 to dump a bottle of it into a skillet, but under the circumstances (i.e., with nothing better to do) it seemed like an interesting and worthwhile adventure.

The recipe called for a handful of items that were missing from my cupboard, so I had to go shopping first. My total expenditure was about $10---a bit high for a bottle of barbecue sauce, but the folks at St. Francis had neglected to send along the ground cloves, sweet Hungarian paprika and seedless raspberry jam. The directions called for a total preparation time of one hour. 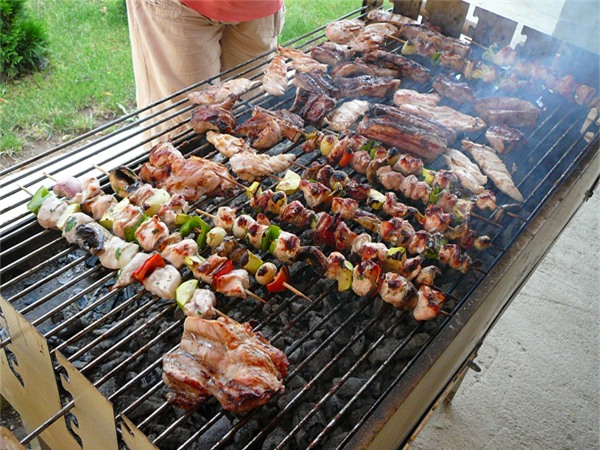 Did I stick to the recipe? Of course not. Many years in the restaurant business taught me to follow my instincts, and there were some glaring omissions---specifically garlic, which would certainly add another dimension of depth and complexity to the final product. The preparation was painless, and the sauce thickened up nicely.

It turned out to be wonderful: rich and sweet, with a hint of heat on the back end that amplified the sweetness. We used it that night on filet mignon and salmon, and it sent both dishes into another dimension. I was a happy man---I had a $35 bottle of barbecue sauce in the fridge, and had only spent ten bucks.

I’ve experimented quite a bit since then. Since I receive a lot of samples, I’m probably the only person who has made barbecue sauce from both Barolo and Barbaresco---either sacrilege, or the result of having too much time and wine on your hands. You may or may not want to attempt this recipe: many people confuse barbecue sauce with hot sauce, and there are many definitions of barbecue. And of course, most people don't have spare bottles of $100 wine laying around the house (if they do, they generally prefer to drink them). In the end, it’s like cooking: the sauce will only be as good as the wine you put into it.

In a heavy saucepan, bring the Zinfandel to a boil, then lower heat and simmer until it is reduced to half its original volume (about 25 minutes). Add the jam, stir until combined, and simmer for 5 minutes. Add the ketchup, tomato paste, vinegar, cloves, cinnamon, paprika and Tabasco. Simmer for 15 minutes, stirring occasionally. Season with salt and pepper to taste (they recommend 1 teaspoon salt and 1/4 teaspoon fresh pepper) and let cool. The sauce will keep, tightly covered, in the refrigerator for up to 2 weeks.

Brush on food 5 to 15 minutes before the cooking time is finished. If desired, serve extra on the side.

Would you use a good bottle of wine to make barbecue sauce?

Do you think it's wasteful, or does it sound like an interesting idea? Share your comments and insights with the community!