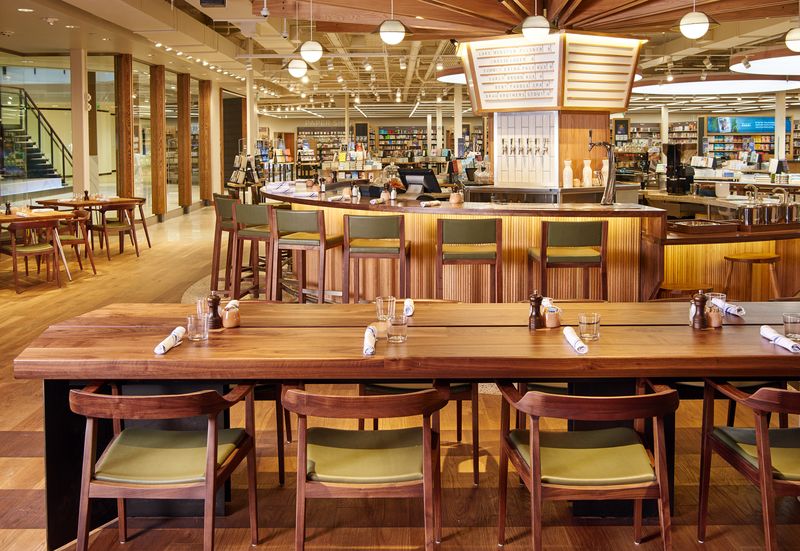 The conventional wisdom in America is that restaurants are booming and bookstores are dying. Neither statement is completely accurate. Profit margins in restaurants are shrinking to a low of 2-3% in some cases. Ironically, many of the most expensive restaurants are making no money at all, since their profits are consumed by linens, stemware, china, rents, salaries and exotic ingredients.

Small, independent booksellers are actually experiencing a comeback, as locals flock to them in protest against the hegemony of Amazon---much as shoppers in some communities seek out mom and pop retailers as a way of registering their displeasure with Wal-Mart. The chains, however, are vanishing: Borders is out of business, along with Brentano’s, Crown Books, Waldenbooks and B. Dalton. The most visibly struggling operation is Barnes & Noble, which has experienced nine consecutive quarters of slumping sales.

The chain’s most recent experiment in diversification is a series of in-store restaurants called Barnes & Noble Kitchen. There are five locations thus far (in Eastchester, NY; Edina, MN; Folsom, CA; Ashburn, VA, and Plano, TX). The restaurants serve beer and wine, and the intention is obviously to make the store a destination that transcends books.

The menu at Barnes & Noble kitchen reads like your neighborhood gastropub. Starters include shared plates of guacamole, hummus and burrata. There’s a kale salad, of course. Entrees include a brisket burger, brick-cooked chicken, plancha-cooked salmon and the inevitable avocado toast. There’s a children’s menu as well. Each location has a selection of local craft beers, and the wine lists range from eight to 20 choices. The most interesting one can be found at Edina, which includes two domestic sparkling wines, an Australian rosé, a Pinot Grigio from the Alto Adige, a Gruner Veltliner, Ken Wright Pinot Noir from Oregon and Muga Rioja Reserva.

Will it work? Barnes & Noble already has cafes in their stores that serve Starbucks coffee and pastries. During any given visit, you’re likely to see customers hunched over their laptops rather than browsing through books borrowed from the shelves. The choice of books at the largest Barnes & Noble pales in comparison to Amazon, and it’s even worse at the Kitchen locations. At the recently opened store in Plano, half of the 10,000 square feet is devoted to the restaurant, leaving only enough floor space for best sellers. You can easily envision the nightmare scenario: as someone enjoys a meal, they surf Amazon on their phone to find the books that B & N doesn’t carry.

Regardless of your opinion of Barnes & Noble, you have to admire their unwillingness to go down without a fight. They assure us that more Kitchen locations are coming. 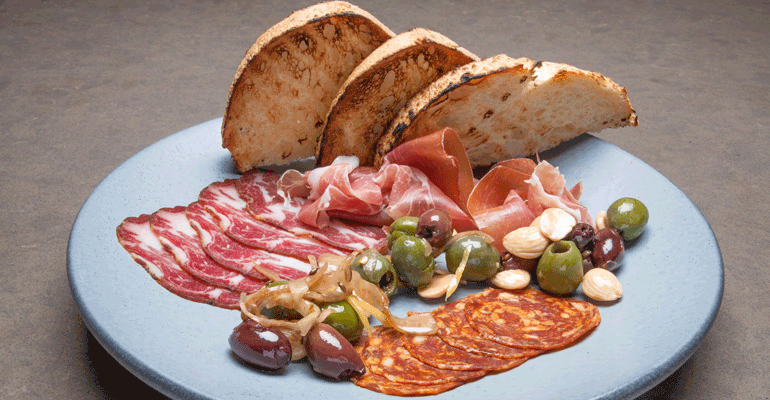