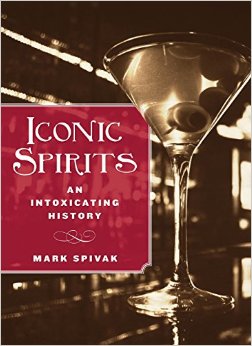 What's the relationship between moonshine and NASCAR?

Why was absinthe considered to be the most dangerous substance on earth?

How did a pile of juniper berries almost destroy the British Empire?

How did a homeless man become one of the wealthiest people in America?

Writing in an engaging and appealing style, Mark Spivak explore the untold tales behind the world's greatest spirits. "These are the best types of stories---the kind a writer could never make up."

"It's like sitting in a bar at closing time, listening to a good friend tell stories. You never want it to end."
Louis Marmon, wine and spirits writer, Washington, D.C.

"Mr. Spivak even manages to make a tasting of Canadian Club sound like he's eating a decadent hot fudge sundae...Packed with interesting anecdotes, stories and trivia, Iconic Spirits provides a riveting look at the history behind the hooch."
Renee C. Fountain, Bookfetish.org

"I could not put this book down. It cost me a night's sleep...What a wonderful read for you or a gift for others."
Ken Schechet, Amazon.com 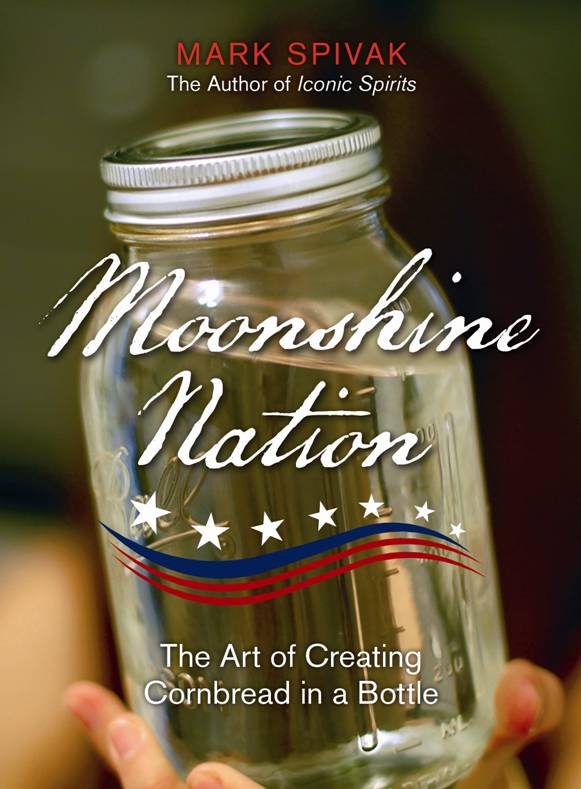 Moonshine is corn whiskey, traditionally made in improvised stills throughout the Appalachian South. While quality varied from one producer to another, the whiskey had one thing in common: It was illegal because the distiller refused to pay taxes to the US government. Many moonshiners were descendants of Scots-Irish immigrants who had fought in the original Whiskey Rebellion in the early 1790s. They brought their knowledge of distilling with them to America along with a profound sense of independence and a refusal to submit to government authority. Today many Southern states have relaxed their laws and now allow the legal production of moonshine—provided that taxes are paid. Yet many modern moonshiners retain deep links to their bootlegging heritage. Moonshine Nation is the story of moonshine’s history and origins alongside profiles of modern moonshiners—and a collection of drink recipes from each.

“He sets the scene of a broke, young America needing to pay its bills to overseas creditors. Rather than tax the wealthy landowners (the ones who voted), politicians instead tax the poor farmers producing whiskey. The battle between the haves and have-nots begins, leading to the Whiskey Rebellion of the 1790s, and continues through Prohibition and beyond.

"With a storyteller’s dexterity, Spivak straightens the curving history of cat-and-mouse between the moonshiners and the Feds trying to find and destroy their stills — and collect the taxes.”
Carlos Frias, Palm Beach Post

“I’m not much of a history person. I’ve never really cared much about what happened in the past, and instead focused on the present and the future. But, when I sat down with a copy of Moonshine Nation: The Art of Creating Cornbread in a Bottle by Mark Spivak, I immediately became sucked in to events that happened long before I was born. I have a feeling once you get the book in your hands, the same will happen.
“Go ahead and pick up a copy…read the pages as you sip on some moonshine from a mason jar and learn more about an important part of America’s spirited history.”
Jessica Torres, onemartini.com

In 1990 some critics believe that America’s most celebrated chef, Joseph Soderini di Avenzano, cut a deal with the Devil to achieve fame and fortune. Whether he is actually Bocuse or Beelzebub, Avenzano is approaching the 25th anniversary of his glittering Palm Beach restaurant, Chateau de la Mer, patterned after the Michelin-starred palaces of Europe.

Journalist David Fox arrives in Palm Beach to interview the chef for a story on the restaurant’s silver jubilee. He quickly becomes involved with Chateau de la Mer’s hostess, unwittingly transforming himself into a romantic rival of Avenzano. The chef invites Fox to winter in Florida and write his authorized biography. David gradually becomes sucked into the restaurant’s vortex: shipments of cocaine coming up from the Caribbean; the Mafia connections and unexplained murder of the chef’s original partner; the chef’s ravenous ex-wives, swirling in the background like a hidden coven. As his lover plots the demise of the chef, Fox tries to sort out hallucination and reality while Avenzano treats him like a feline’s catnip-stuffed toy.

Friend of The Devil is a riveting story: part mystery and part thriller, powered by a muscular narrative that reveals the nature of the characters and their relationships with each other.

Praise for Friend of the Devil:

"The writing is strong and the character development superb."
Taylor Jones, reviewer

"With excellent, well-developed three-dimensional characters, an intriguing mystery, and dark humor, Spivak has crafted a culinary thriller that will keep you on the edge of your seat, turning pages until the end."
Regan Murphy, reviewer

What they're saying on Amazon:

"A little Kitchen Confidential, a little Real Housewives of Palm Beach, and a little Faust."

"Sex, drugs, and an upscale version of terducken called Bedouin stuffed poussin ...this fast-paced existential drama has got something for everyone."

"Unlike anything I have read in the past."

"Caution: Descriptions of culinary masterpieces may cause hunger pangs."