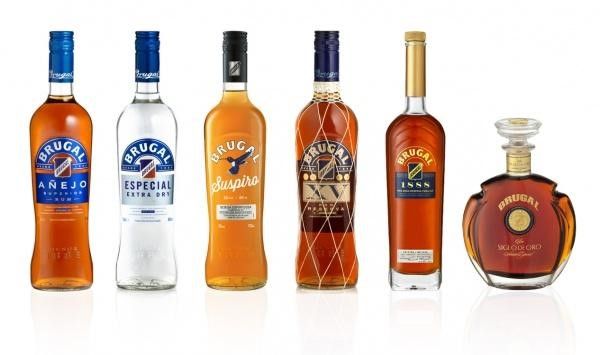 Mention rum, and most people will think of Bacardi rather than Brugal. Small wonder: It’s the world’s largest rum brand, with distilleries around the world and annual sales approaching 20 million cases. In the Caribbean, though, rum is synonymous with Brugal, based in the Dominican Republic city of Puerto Plata.

Curiously, the histories of the Bacardi and Brugal families are intertwined. Both clans came from the same town in Spain (Sitges, outside Barcelona). They travelled to Cuba on the same ship, although there’s no evidence that they knew each other at that point. After arriving in the city of Santiago de Cuba, they both went into the rum business. According to Larry Luxner in the San Juan Star, both patriarchs---Facundo Bacardi Masso and Andrés Brugal Montaner---established distilleries in Santiago, in 1862 and 1888 respectively.

The Brugal Family: from cuba to the caribbean

Tom Gjelten’s book, Bacardi and the Long Fight for Cuba, explains that the Brugal family’s decision to leave Cuba was made during the insurrection leading up to the Spanish-American War of 1896. While Andrés supported Spain, his two sons sympathized with the rebels, and the government caught them smuggling weapons out of their father’s metalworking shop. Andrés was able to use his influence to prevent his sons from being shot, but shortly thereafter the family relocated to the Dominican Republic.

The company’s fortunes prospered in Puerto Plata, and today they control roughly 80% of the island’s production with an annual output of over four million cases. In 2008, Scotland’s Edrington Group (owners of The Famous Grouse, Cutty Sark and The Macallan) acquired a majority stake in Brugal. The family continues to run the company and oversee operations.

Those operations are a secret closely guarded by the five generations of the Brugals who have served as Maestros Roneros, or rum masters. The sugar cane is first harvested and turned into molasses by local farmers, then double-distilled. At that point it is transferred to cask aging, according to formulas controlled by the Maestros Roneros. Over the years, the Brugal family has been central in creating both the dark rum and anejo segments of the market. 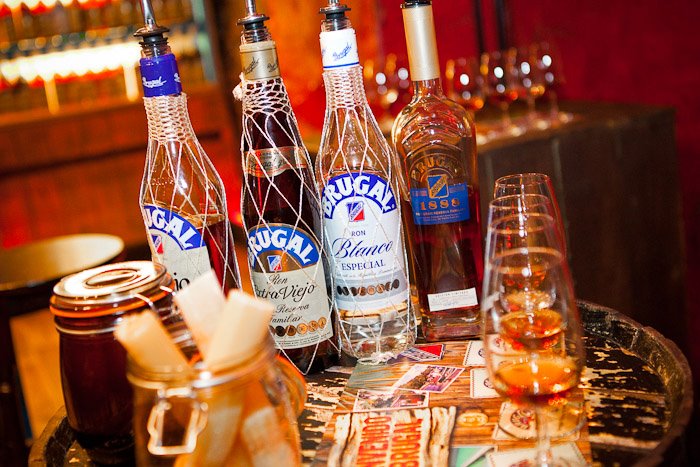 The Brugal Blanco Especial ($18) is brilliant and colorless, despite one year of aging in cask. The tropical nose yields aromas of coconut and hints of jasmine. It is rich and smooth on entry, with a pleasant bite in the mid palate accented by overtones of white pepper. The finish is long and distinctive, with repeating notes of coconut, anise and peppermint. Possessing a unique personality along with the ability to blend into a wide variety of cocktails, this is a mixologist’s dream.


Brugal Anejo ($22) is a blend of rums aged between two and five years. It has a bright copper color and a nose redolent of caramel, vanilla and oak. The wood leaves a prominent impression from the moment the rum enters the mouth, giving way in the mid palate to enticing flavors of cinnamon, cocoa and melting chocolate. A floral note emerges on the finish, complementing the richness of the texture.

Introduced in 1976, Brugal Extra Viejo ($28) is a blend of rums aged from three to eight years. The color is dark amber, with emerald green tints. You can smell the wood on the nose, intermingled with allspice, honey, chocolate and dried flowers. The rum is powerful and mouthfilling, presenting an assortment of baking spices, fruit and chocolate flavors that linger on the long finish. Enjoy this in a snifter, by the fire on a cold night---or, if you're in the tropics, just turn up the A/C and fake it (www.brugal-rum.com).

BRUGAL DRY BLUSH
2 oz. Brugal Blanco Especial
1.5 oz. club soda
Splash of cranberry juice
Fresh lime juice
Pour rum into a highball glass half filled with ice, and add a squeeze from a fresh lime. Top up with club soda, and garnish with a lime slice. 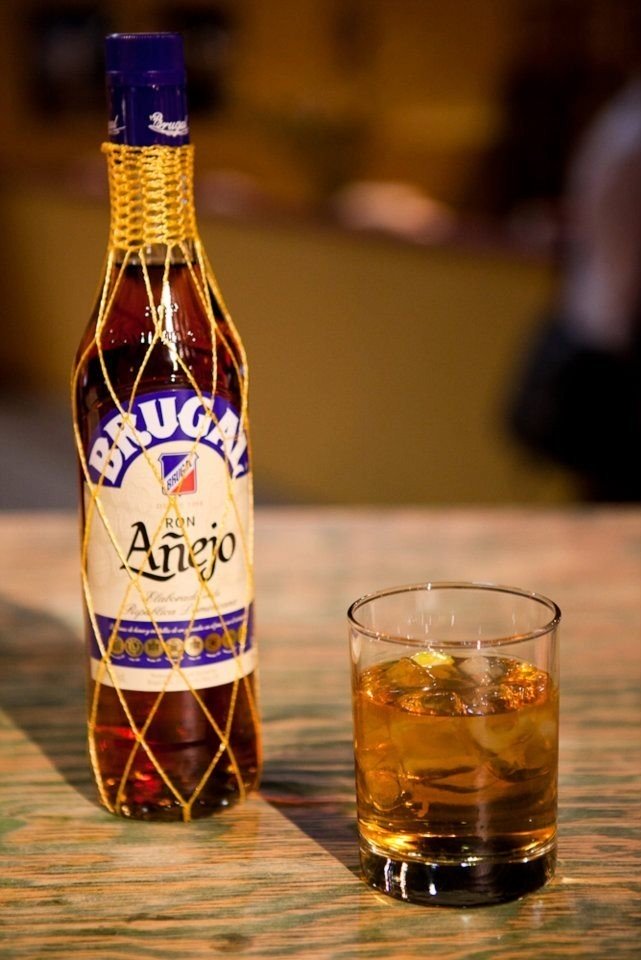