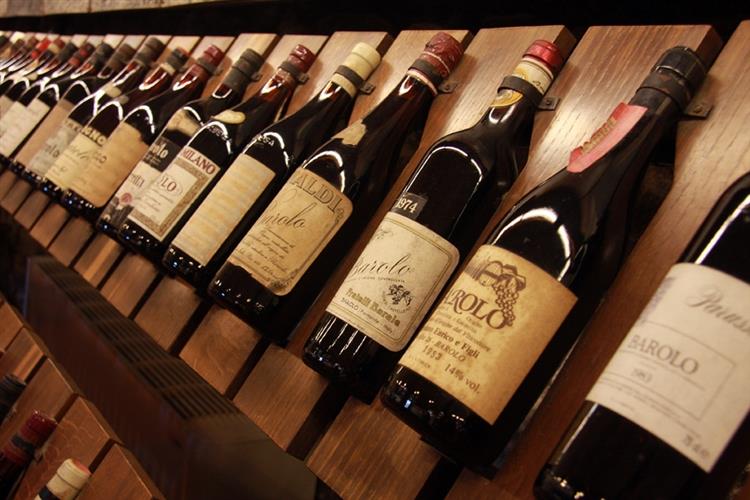 If you travel in Italy’s Piemonte region and visit a traditional Barolo producer (assuming you can find one), you may be offered a Chinato. Production of Chinato dates to the late 19th century. It usually consists of an old Barolo that has been infused with the bark of a South American cinchona tree and then flavored with cinnamon, coriander, vanilla or mint, according to the secret recipe of the winery. The final product, slightly bitter and distinctly herbal, is usually consumed before or after dinner.

It sounds a bit strange, and it is. Why flavor good wine with bitter bark? Before refrigeration, most wine was oxidized anyway, particularly any bottles more than one year old, so the question of “ruining” it was beside the point. From a larger perspective, Chinato can be viewed in the context of a cherished tradition of Italian herbal remedies that were believed to aid digestion and fight disease. In fact, the tradition of Chinato goes back long before Barolo producers adapted it to flavor their leftovers. 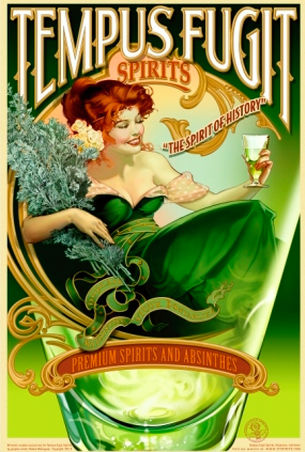 some history on Chinato

Alessio Piemontese was the pen name of Girolamo Ruscelli (1500-1566), who authored the popular book The Secrets of Alexus of Piedmont in 1555. Ruscelli was a scientist, which at the time meant that he was an alchemist, or a researcher devoted to figuring out how to transform base metals into gold. The alchemists never did learn how to do it, but in the process they discovered how to distill alcohol---a more important breakthrough, in the minds of most people.

The past is more intriguing when it’s potable, and one of Alessio’s experiments yielded an herbal tonic that became the forerunner of vermouth. The modern version of vermouth began as a reaction to the overly sweet wines of the late 18th century. When it emerged, the spices, roots and barks of Alessio’s concoctions formed the basis of its DNA.

Several of his recipes have been resurrected by Tempus Fugit, a California-based spirits company with an interesting history of its own. They were deeply involved in the campaign to legalize absinthe in the U.S., and have created several dozen absinthe brands over the past fifteen years. Their portfolio is loaded with rare, exotic ingredients that were essential in the classic pre-Prohibition cocktails—liqueurs and potable bitters that balance the base spirit in a drink and help give that drink its unique identity. You might accurately describe them as archaeologists of distilled spirits.

Historically, then, a Chinato was any wine or liqueur flavored with the bark of the cinchona tree, and Barolo Chinato was a latecomer to the party. The Alessio Vermouth version ($23, 375 ml) adds 25 herbs to the cinchona, along with Petite and Grande Wormwood. It has a dark chocolate color and an intense nose redolent of baking spices and mint. The initial bitterness when it enters the mouth is tempered by sweetness in the mid palate, and the complex taste finishes with flavors of citrus zest, honey and quinine. Few people would drink it straight, but it makes an interesting addition to a cocktail that calls for both bitters and sweet vermouth---similar to Punt E Mes, but far less intense.

The regular Alessio Vermouth de Torino ($20, 375 ml) is rich yet elegant, with the same herbal edge as the Chinato (it has the 25 herbs but lacks the cinchona bark). The bitterness here is nicely balanced by a panorama of flavors---citrus, fig, prune, unsweetened chocolate---and finishes with an uplifting tang on the palate. The price puts it at the top of its category, but this is a fascinating vermouth well worth the investment. 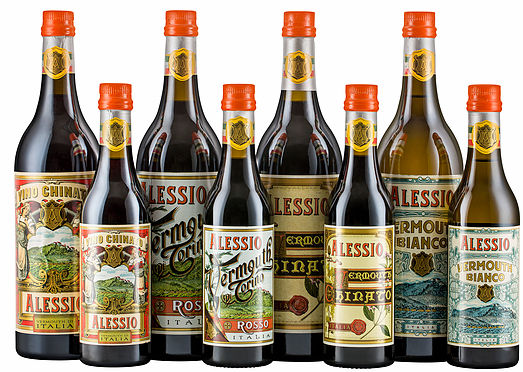