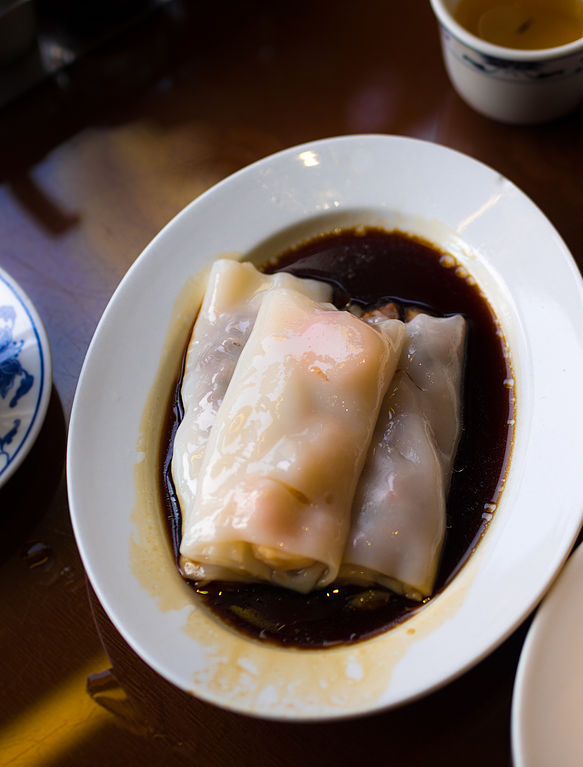 Whether at home or abroad, elderly Chinese will typically gather to eat dim sum after morning exercises. For enlightened Westerners and Asian businessmen, dumplings are a lunch or brunch indulgence. Purists often assert that the best dim sum can only be found in the Chinatowns of major cities, but this is nonsense: Yank Sing, in San Francisco’s Financial District, easily has the best dumplings in town. And in midtown Manhattan, there are any number of restaurants that make it unnecessary to shlep the 20 or 30 blocks down to Chinatown.

Dim Sum Palace has two locations in New York City, with a third on the way. The menu is the same wherever you choose to go: roughly 50 varieties of dim sum on a rotating schedule, spanning a range from steamed to fried and savory to sweet. The traditional method of delivery is to serve the dumplings from rolling carts. This works best in large, busy restaurants with lots of floor space, but is impractical given the cost of real estate in Manhattan. At Dim Sum Palace you order off the menu, and each dish is freshly prepared to order.

We had the opportunity to sample ten or twelve items over the course of several visits. Experts will evaluate dim sum chefs on their har gow, shrimp dumplings with a pleated skin that resembles a clam shell. Here they are nearly perfect: ethereal yet firm, easily picked up with chopsticks, compact enough to be devoured in one bite. Somehow, the scallion pancakes manage to be both fluffy and dense at the same time. Shredded roast duck dumplings are curled like tortelloni, filled with savory bits of duck meat. Some dishes aren’t dumplings at all. Crispy garlic spare ribs are hacked into bite-sized pieces before being fried, and the amazing jumbo salt and pepper shrimp are wok-seared to perfection and served with their shells on.

What you drink with dim sum, of course, is tea. Jasmine may be too perfumed for some, so many beginners opt for green tea, which is light, grassy and flavor-neutral. Many Chinese will insist that bo lay, or black tea, is the perfect match for many dim sum dishes, but the earthy aroma and rustic flavor are not for everyone. A good middle ground is guk fa, or chrysanthemum tea, which is herbal, refreshing and slightly sweet.

If you’re craving dessert, don’t miss the sweet egg yolk creamy bun. The plump, round buns are filled with a mixture of egg yolk and sugar; the yolk oozes out when you cut into it, and you use the sweet dough to sop up your dish. They are time-consuming to make and difficult to find, but don’t ever pass them up. 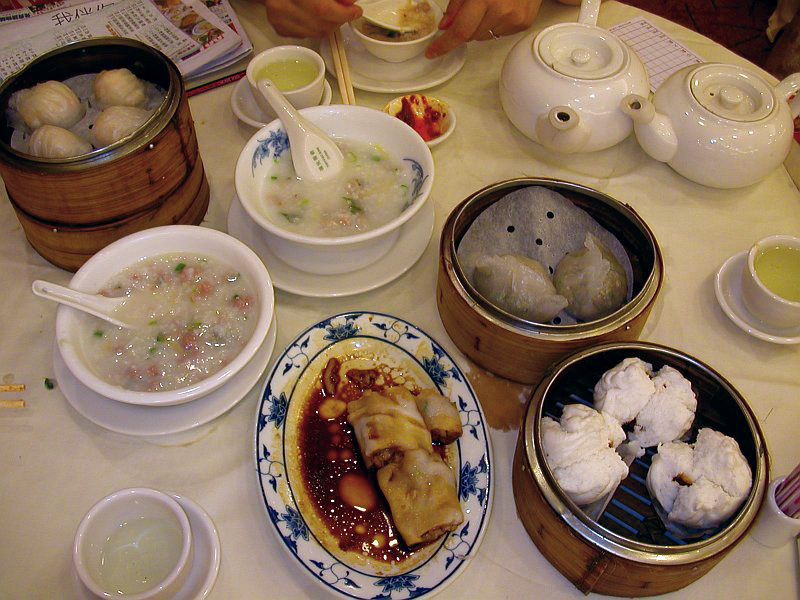