duckhorn vineyards: the once and future merlot 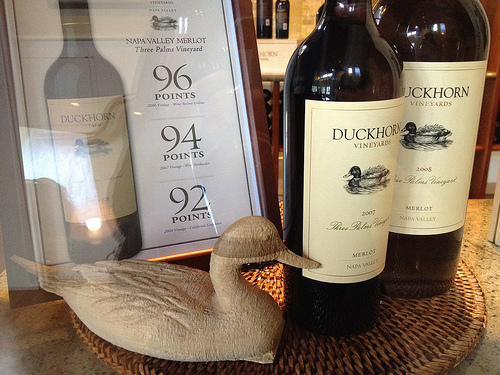 Duckhorn Vineyards is one of Napa’s iconic wine estates. It was founded by Dan and Margaret Duckhorn in 1976, at a time when there were a handful of wineries in Napa compared to over 500 today. From the beginning, it operated on a different philosophy from its neighbors.

Most California wineries at the time subscribed to the Mondavi model: American wine would only be taken seriously when it produced Cabernet Sauvignon that rivalled the great wines of Bordeaux. This meant replicating the blend of the Médoc, in which Merlot played a supporting role. It also entailed years of aging in French oak barrels to make a wine with substantial tannins that would stand the test of time.

Dan Duckhorn, on the other hand, was in love with the Merlot-based wines of St. Emilion and Pomerol. "I liked the softness, the seductiveness, the color," says Dan, "the fact that it went with a lot of different foods; it wasn't so bold, didn't need to age so long, and it had this velvety texture to it. It seemed to me to be a wonderful wine to just enjoy.”

His enthusiasm for the grape variety got an unexpected boost in 1991 (see The Health Benefits of Red Wine). Here’s the simple version: 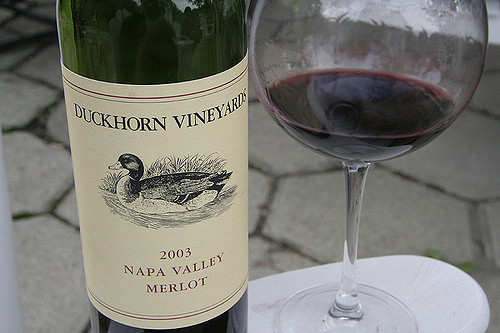 On November 17, 1991, 60 Minutes broadcast a segment on something called The French Paradox: the conundrum that French people had a lower incidence of high cholesterol and heart disease than Americans, despite indulging in a fat-rich diet. Experts speculated that the reason had to do with higher consumption of red wine, specifically Bordeaux, which was composed primarily of Merlot.

Sales of red wine increased 44% in the course of the next year, and Merlot remained everyone’s drink of choice for nearly a decade. The California wine industry was caught flat-footed. Vineyards were ripped up and replanted in a desperate effort to meet demand, and a great deal of immature wine was rushed to market and sold at a high price. By the time Sideways came along, the reaction had set in. The sentiments of Miles Raymond may have been extreme, but they captured the feelings of a new generation of wine drinkers tired of low-quality Merlot.

As the pendulum swung back, vineyards were again replanted, this time to grow Pinot Noir, and Merlot fell into disrepute. Ironically, when the smoke cleared, the Merlot that was left was spectacular: wine carefully produced from old vines, with low yields, by winemakers who were committed to a handcrafted product. Duckhorn is probably the best example. A bottle of Duckhorn Merlot displays both power and elegance, ripeness and concentration, the proverbial iron fist in the velvet glove---all for $50, a fraction of the price of the top California Cabernets.

In the years since 1976, Duckhorn has morphed into a multi-faceted enterprise with wine estates in many different areas. Along with the mother ship in Napa, they produce solid, value-oriented wines under their Decoy label in Sonoma County; Russian River Chardonnay and Pinot Noir at Migration; complex, artisan Pinot Noir at Goldeneye in Anderson Valley, and Bordeaux-style blends at Paraduxx in Napa. Their latest project, Canvasback, is devoted to Cabernet Sauvignon from the Red Mountain appellation of Washington State.

Neil Bernardi, Vice President of Winemaking for Duckhorn Vineyards, visited Florida toward the end of 2016 to share some of his current releases with us. Neil started at Littorai under the legendary Ted Lemon, and worked his way up at Duckhorn Vineyards over the course of a decade. He graciously shared his knowledge of the vineyard sites and winemaking process with us, and also brought a surprise with him (more on this later). Some brief impressions:

We began with the 2014 Duckhorn Vineyards Chardonnay ($34), which debuted with the 2012 vintage as a vehicle for showing off fruit from Carneros and Atlas Peak. A citrus-infused nose was followed by a crisp, spicy wine with flavors of melon, vanilla, baking spices and touches of pepper. It displayed a creamy texture and good depth.

The 2013 Goldeneye Anderson Valley Pinot Noir ($49) displayed spiced cherry scents on the nose. It was poised and charming in the mouth, revealing an explosive panorama of red fruits nicely balanced by good acidity. The fruit flavors persisted on a long finish.

Canvasback Red Mountain Cabernet Sauvignon 2013 ($38) exhibited whiffs of anise, toasty oak and ripe black fruits on the nose. It was tart and a bit astringent on entry, with tannins that were assertive, young and a brusque (Bernardi commented that tannin was the biggest challenge to overcome in Washington State). There was a good deal of ripe black fruit in the mouth, but not enough to balance the wine.

Duckhorn Vineyards Three Palms Vineyard Merlot 2013 ($89), one of California’s first single vineyard Merlot bottlings, had a deep, inky black color and a nose that was closed and unyielding. It was rich and soft on entry, with a spicy edge. The texture was both voluptuous and edgy, with luxurious flavors of dark berries, chocolate and prune. The finish was long, with all the elements repeating. Quite a sexy wine.

The 2012 version of The Discussion ($125), Duckhorn Vineyards' benchmark red blend, is a combination of 64% Cabernet Sauvignon, 31% Merlot, 3% Cabernet Franc and 2% Petit Verdot. Graphite, minerals and bitter chocolate emerged on the intriguing nose. It was nicely concentrated but extremely graceful in the mouth, with a ripe, subtle core of blackberry essence. A very elegant wine, but one that seemed light compared to the Three Palms Merlot.

As a special treat, Bernardi brought along a magnum of the 2002 Duckhorn Merlot from the winery. The complex nose was filled with aromas of molten chocolate, baking spices and grilled fennel. On the palate, the wine was a delight: soothing and ripe, showing some signs of age but very well preserved, filled with soft, chocolate-infused black fruit. The age became more apparent on the finish, but it was in remarkable shape for a 15 year-old California Merlot. 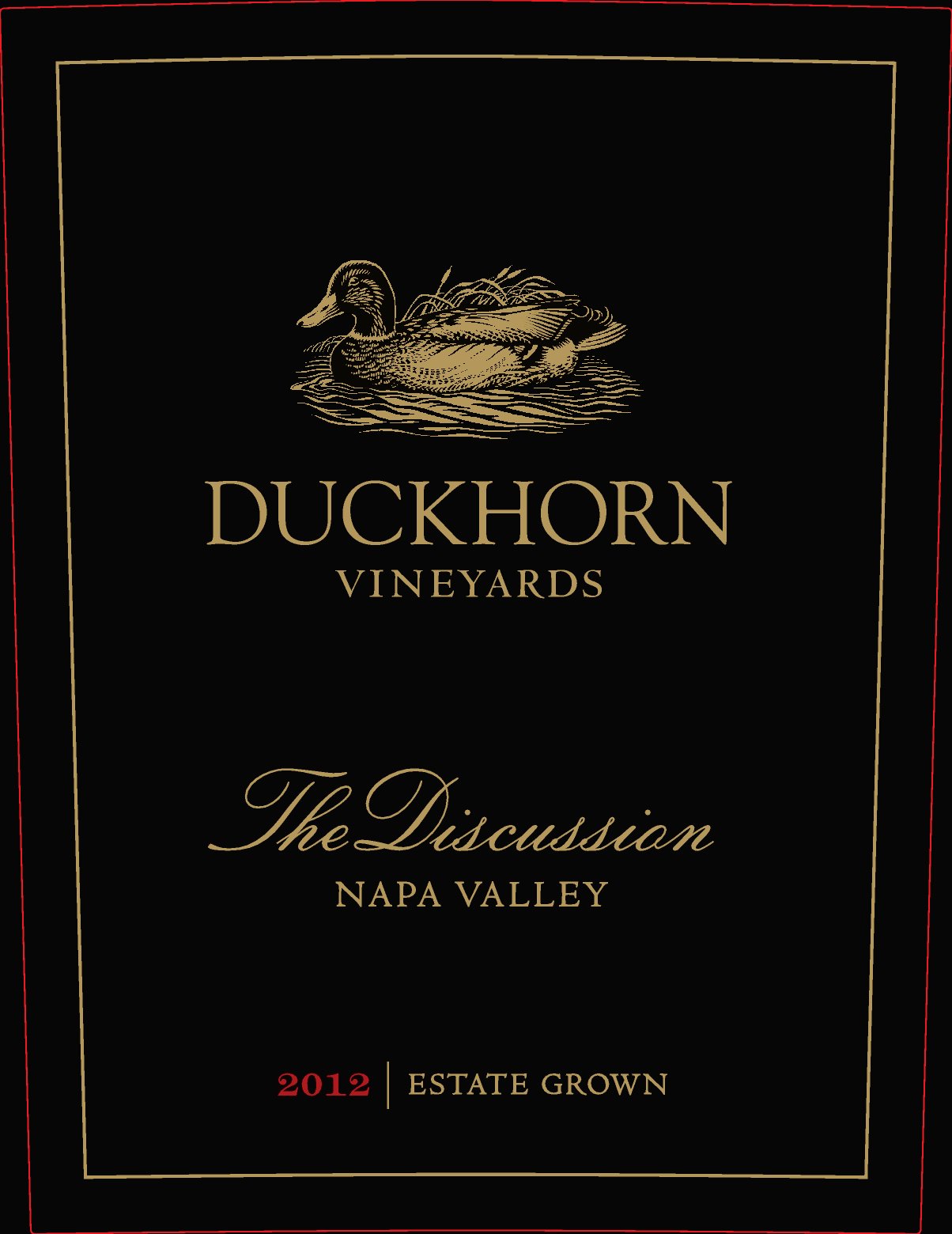 Are you a fan of Duckhorn Vineyards?

Have you visited the winery? Share your comments and insights with the community!