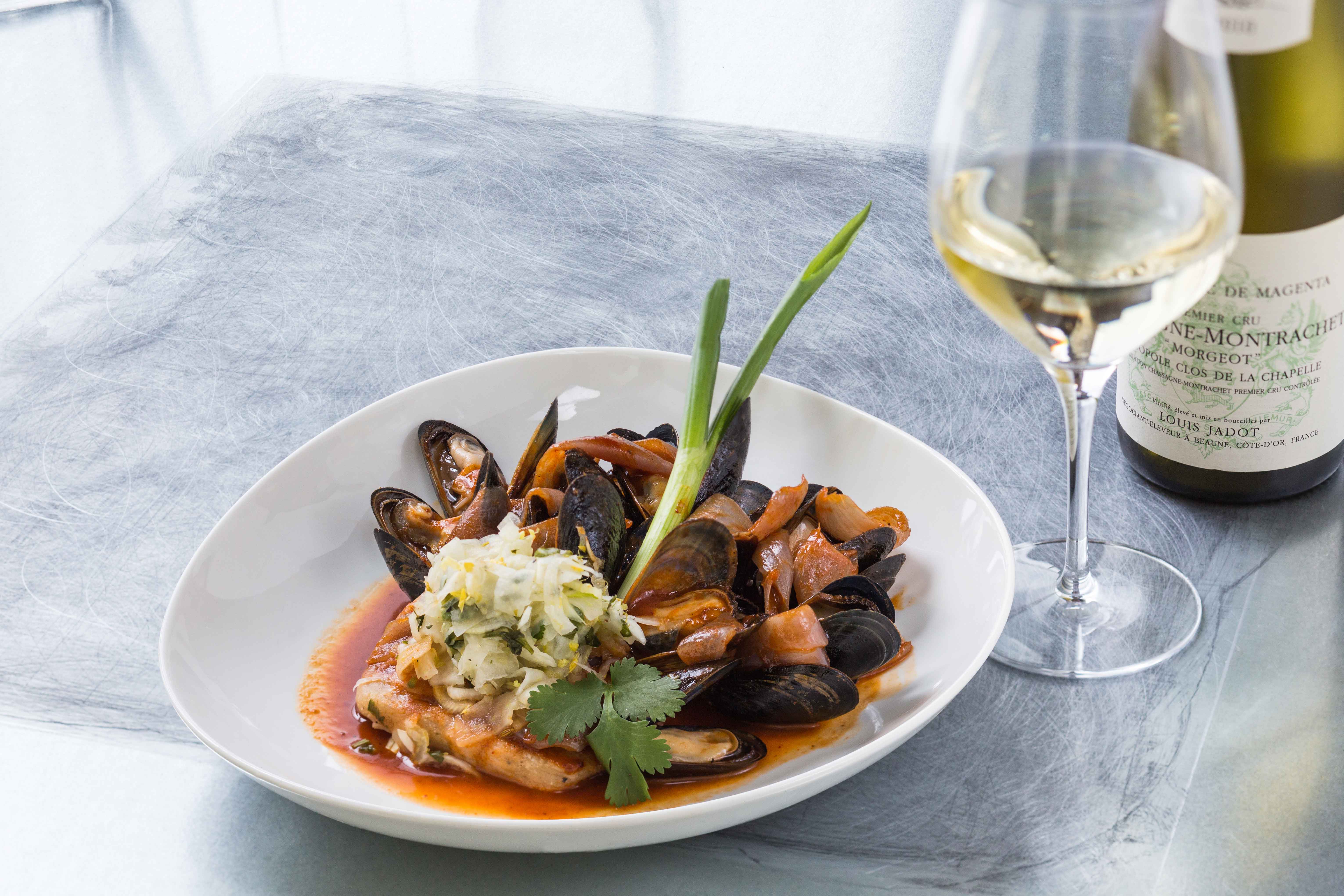 The conventional wisdom is that Nashville is the new Charleston, but there are differences. In Nashville, the frenzied pace of high-rise construction is obliterating what’s left of the historic downtown. Like Charleston, though, restaurants exist on one end of a continuum: either rustic, down-home BBQ joints or temples of new-wave fusion.

Etch, located at 3030 Demonbreun St., blends tradition with cutting-edge innovation. The sleek and modern interior would not be out of place in lower Manhattan or San Francisco. The vibe is hip yet relaxed, beginning with the intimate lounge near the entrance and opening into the large dining room dominated by an open kitchen. That kitchen is blissfully free of showboats, leaving diners to focus on the food and their companions.

Etch was the brainchild of Deb Paquette, a CIA graduate who has been leading the culinary charge in Nashville for three decades. Her previous establishment, Zola, was named one of America’s Top 60 restaurants by Gourmet Magazine. After shuttering Zola and taking a sabbatical, she returned to Nashville and opened Etch in 2012; she’s also involved in another restaurant in the city’s Green Hills neighborhood.

The dinner menu is surprisingly short, but every dish counts. Among the appetizers, short ribs are given an Asian flair with Korean BBQ sauce and candied miso potatoes. Peruvian tuna ceviche is enlivened with lime capers and red onion. If you want to sample the vegetable of the moment---cauliflower---Etch’s treatment is exceptional. The florets are first blanched, then roasted and served with a trio of dipping sauces (feta dip, red bell essence and truffled pea pesto).

Among the entrees are pork tenderloin, lamb chops, the inevitable beef filet and a truly interesting and inventive vegetable plate. Sea scallops are seared and placed on a bed of preserved lemon beet puree, garnished with wild mushrooms and a porcini and caramelized onion farro. On the night of our visit, a cobia special was oceanic and perfectly cooked. All the plates are artfully presented as well as intensely flavorful---a rare combination in this type of restaurant. One local, in recommending the place to us, described it as “a party in your mouth.”

While far from encyclopedic, the wine list at Etch is extremely well chosen, balanced between Old and New World choices with an emphasis on small producers. Vineyard-designated Riesling from Robert Weil is side by side with Merry Edwards Sauvignon Blanc; you can opt for Syrah from Hawkes Bay, Cote-Rotie or the Santa Maria Valley; blends span a range from St. Emilion Grand Cru to Jonata Todos. Wines by the glass include a Sancerre, Gruner Veltliner, Chianti Classico or Oregon Pinot Noir.

You might expect pretentious service in a place like this, but what you get instead is friendly, down-home treatment. The staff is extremely attentive, backed up by watchful management. You’d have a hard time finding anything to complain about, except for the difficulty of getting in without a reservation. If you’re going to Nashville, put Etch near the top of your list.