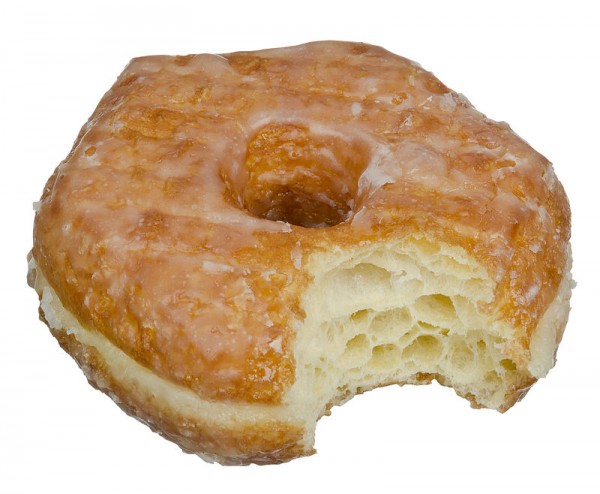 Increasingly, it’s becoming difficult to distinguish between The Onion and many food media sites devoted to the culinary arts. A recent visit to eater.com revealed articles on these earth-shattering topics:

Where can you find the best cookie in Los Angeles?

What is the most underrated pastry shop in Montreal?

If you could only have one doughnut in Portland, what would it be?

The last one does have some merit---the worst lobster roll in Maine, after all, is probably going to be the best one you’ve ever had. But doughnuts in Portland (Oregon, not Maine)? Do we need a new version of the Michelin Guide, As Told to Homer Simpson?

Most of us realize that we live in a 24-hour news cycle, and that even the food media has succumbed to its demands, but we sometimes fail to realize the implications of that endless loop. Is there really enough “news” to fill every waking and sleeping moment? Obviously not, and a quick glance at the home pages of the most popular Internet sites will confirm that. No wonder there's so much fake news out there.

On slow news days at Yahoo!, for example, it’s not unusual to find stories near the top of the site that originally ran weeks or months before. Should you wander aimlessly across the page rather than click on the story and read it, that “news” will sound vaguely familiar. The repetition of the piece will create the impression that the same thing is happening again, that a trend is starting.

The other unavoidable hazard of the 24-hour news cycle is an excruciating level of detail. Do we need to know what kind of eye liner Kim Kardashian used yesterday? Maybe not, but there’s a lot of space or air time that needs to be filled, and news sources can either fill it or go out of business. Thus, we come full circle to the best doughnut in Portland. It may be too easy to poke fun at desperate attempts to fill up space in the food media and elsewhere, along with efforts to appear hip and current and trendy. But the frightening thing is that eater.com is probably one of the best delivery systems on food information out there. As the culinary world (and the world of culinary journalism) has become more crowded and overheated, food coverage has morphed into a parody of itself. Turn on the TV at three a.m., and you can watch reports on restaurants around the country that serve six-pound hamburgers and all-you-can eat fried catfish.

The common theme in a great deal of this coverage is gluttony. We’re eating more, not better, but apparently fewer people can tell the difference. And I’m not just referring to shows such as Adam Richman’s Man vs. Food: the main thing being celebrated through much of the food media appears to be abbondanza, rather than talent or creativity or originality. Part of the reason is that it’s hard to envision Guy Fieri doing a thoughtful report on a Michelin three-star dining experience, but the other part is that it’s even harder to picture a TV audience that would be interested.

For the record, eater.com feels the best doughnut in Portland may be found at a place called Cocodonuts. If you’re going, it’s the maple buttermilk bar, described as “like having the world's best stack of pancakes in the palm of your hand.” Other outlets feel that Blue Star Donuts should get the award, due to their use of extremely buttery brioche dough that probably created an early forerunner of the Cronut. Overall, the place that’s garnered the most press is Voodoo Doughnuts, with multiple locations in Portland and branches in Eugene, Austin and Denver. It’s Homer Simpson’s world---we just live in it.

Do you agree with this article? If not, why not? Share your comments and insights with the community!