In and around Lawrenceburg, Kentucky, Al Young is a legend. He came to Four Roses in 1967 and has been there ever since. During his five-decade career he has served as production supervisor, distillery manager and (since 2007) as Brand Ambassador. In that role, he spends most of his time on the road educating consumers, retailers and restaurant personnel. “There’s always a fresh crop of bartenders to teach the Four Roses story to,” he says. He’s also the brand’s unofficial historian: his book, Four Roses: The Return of a Whisky Legend, came out in 2010 and is in its third printing.

During those five decades, Young experienced the peaks and valleys of the Bourbon industry. Four Roses had been the best-selling brand in the U.S. before Seagram’s bought the company in 1943. They shifted Bourbon sales to Asia and marketed a cheap blended whisky under the Four Roses Label here at home. Along with Master Distiller Jim Rutledge, Young continually tried to persuade Seagram’s to return Four Roses Bourbon to America.

That didn’t happen until 2002, after the brand was purchased by Kirin, one of the largest brewers in Japan and the Asian distributor for Four Roses. They allowed Rutledge to recall the blended whisky from retail stores. In 2004, Four Roses came back to the American market with the release of their Single Barrel. By that point, it had developed a cult following---after all, nothing stimulates the imagination more than a product that consumers can’t buy.

To commemorate Young’s 50th anniversary with the distillery, Four Roses released a special Limited Edition Small Batch in his honor. The whisky is a blend of 12, 13, 15 and 23-year-old Bourbons, created by Young working side by side with current Master Distiller Brent Elliott. Approximately 10,000 bottles were produced, making it scarce but available. The initial release price was $150, but it’s already selling for three times that much on the after-market.

Al Young’s 50th Anniversary Small Batch Limited Edition was bottled at a whopping 54.49% alcohol. The intense, focused nose yields scents of toffee, vanilla, butterscotch and menthol. Alcohol and menthol hit your palate first, followed by a lush, creamy texture that suggests tapioca pudding, crème brulée and fig. The finish is long and spicy, with flavors of caramel and toffee that reverberate for nearly a full minute. This generous spirit is best enjoyed neat or with a single ice cube, paired with a special companion. 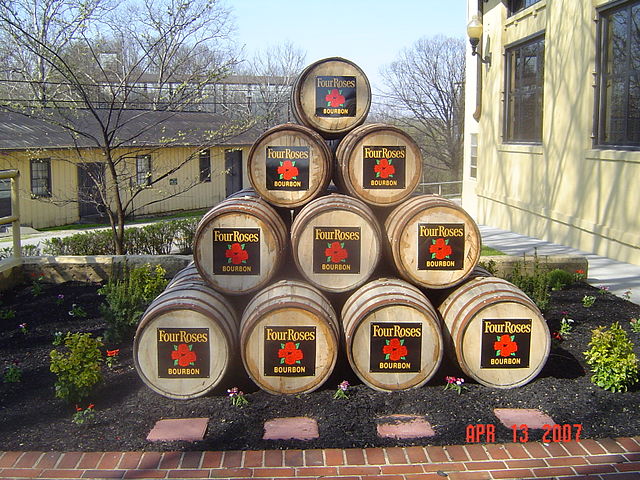