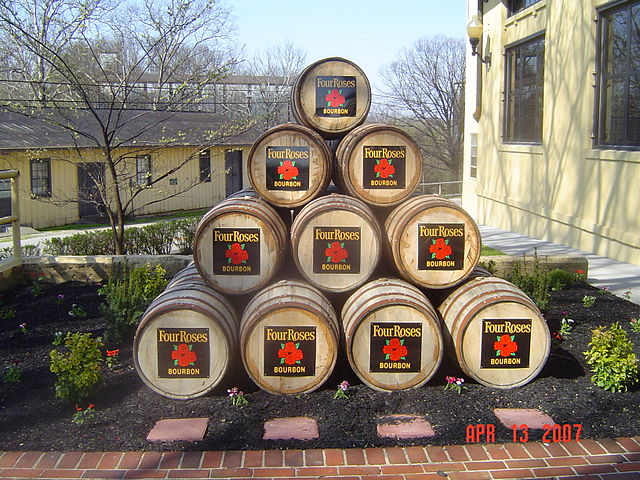 Four Roses Bourbon is frequently touted as an example of a spirit that was “lost and rediscovered,” but it never really vanished. Seagram’s, in its infinite wisdom, decided to pull the product off the U.S. market in the 1950s to concentrate on selling blended whiskey here. Four Roses went from America’s most popular Bourbon to the best-selling Bourbon in Asia, while a Four Roses blended whiskey of dubious quality was sold in the U.S. for the next forty years.

Then, a curious thing happened: Seagram’s was sold in 2002, and after several ownership changes the Bourbon ended up being bought by Kirin. The Japanese came full circle and returned Four Roses Bourbon to the American market. By that point, it had developed a cult following---after all, nothing stimulates the imagination more than a product that consumers can’t buy.

Four Roses is made in Lawrenceburg, Kentucky, as it has been since 1910; the master distiller is Brent Elliott, who recently took over from Jim Rutledge, a veteran of four decades in the industry. He makes ten different Bourbons with five separate yeast strains, but most bear a family resemblance to each other. They are racy and spicy, leaner in texture than some other Kentucky Bourbons, and tend to have a long and resonant finish.

Yellow Label ($25): The entry-level whisky has hints of menthol and sweet corn on the nose. It is high-strung and vibrant in the mouth, with hints of vanilla in the mid palate and a vibrant finish. This is a lighter style of Bourbon, with considerable burn and an astringency slightly reminiscent of Scotch---something you would want to mix into a cocktail, rather than sip.

Small Batch ($40): While sweet and mellow on the nose, this is unctuous and mouth-coating on entry, but carries a spicy kick in the mid palate; the finish has echoes of vanilla, stewed corn, menthol and anise. Several notches about Yellow Label, but with the same characteristic leanness.

Single Barrel ($50): The nose is rich and sexy, slightly floral, with scents of vanilla and caramel. It is ripe and complex on the palate, with a rush of spice and pepper that contrasts beautifully with the richness of the spirit. The finish is long and harmonious. A distinctive and singular Bourbon.

2010 Limited Edition Single Barrel ($90): Released to commemorate the 100th anniversary of the Lawrenceburg distillery, and bottled at cask strength of 110 proof. The finely focused, floral nose reveals whiffs of caramel and mocha. It is richly concentrated in the mouth, almost candied, with a ripe and generous texture despite almost lip-numbing levels of alcohol. It has an intensely packed mid palate of exotic fruits that carries onto the silky finish with flavors of melon, mango and guava. Spectacular, and the epitome of the Four Roses style. The Limited Edition Single Barrel has been released every year since, at the beginning of the winter season.

Don’t wait for Derby Day (it’s only once each year):

Gently muddle the mint leaves, sugar and a splash of soda at the bottom of a tall glass. Fill the glass with cracked ice. Add Four Roses, fill with club soda, and stir well. Garnish with a slice of orange and a few sprigs of mint. 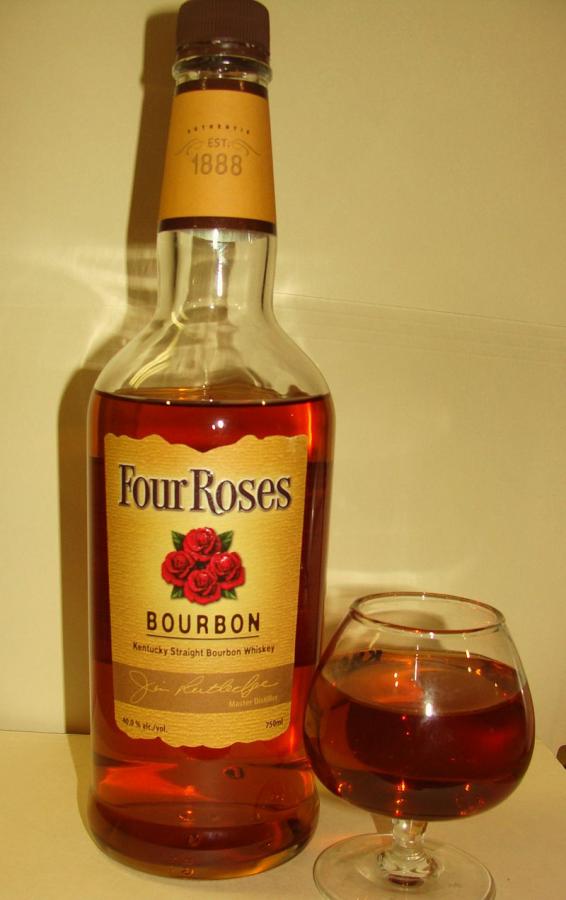