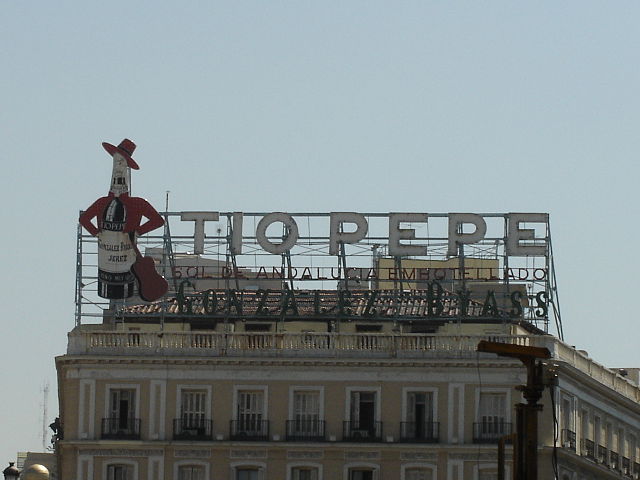 Gonzalez Byass was founded in 1835 by Manuel María Gonzalez Angel and his English agent, Robert Blake Byass. The Gonzalez family was instrumental in creating the modern style of Sherry, and still controls the bodega today. To the average consumer, the wine they are best known for is Tío Pepe, and they have basically created the Sherry category for many Americans.

The production of Sherry is filled with mysteries. Consider flor, the thick layer of yeast that forms on top of crushed and fermented Palomino grapes as the juice rests in barrels. No one knows exactly where it comes from, but it helps insulate the wine from oxidation and create the unique freshness for which fino Sherry is known.

To get a sense of that mystery, visit the vineyards of Jerez: Remove the grapevines, and you are on another planet. The whiteness of the soil reverberates against the bright sunlight, with no contrast on the horizon. It resembles a lunar landscape in which nothing could possibly grow. It is a dry ocean bed, roughly 20 million years old. Hard as it may be on the eyes, the greyish-white color of the soil (known as albariza) helps reflect heat during the day. It is so porous that each grapevine is capable of absorbing and storing several liters of water daily. Yet it turns out to be the ideal climate for the Palomino grape.

No one seems to know how Sherry is made. We do know that a yeast called flor forms on the surface of wine in certain barrels, preventing oxidation and creating Fino. As the months progress, the cellarmaster marks the barrels of new wine with chalk, indicating which will become Fino, Oloroso or Amontillado. The bodega is kept extremely humid to encourage the formation of this yeast, and certain barrels appear to be prone to developing it. Without flor, you only have vinegar.

Sherry has traditionally been a hard sell in American restaurants. Ask any sommelier or wine geek about pairing Sherry and food and you'll get the standard list of tapas to accompany Fino: marinated green olives; baked, salted almonds; manchego cheese; an assortment of delicately fried shellfish; cured ham, salami and blood sausage. In the U.S., sherry is either served at the beginning of a meal or at the end, with a few adventurous souls offering Cream Sherry or aged Pedro Ximenez to accompany desserts. The very unpopularity of Sherry is a large part of its weak appeal: ask for a Fino, and you're likely to be served from a bottle that has been open for several years.

At the Restaurant El Faro in El Puerto de Santa Maria,  I was offered an extraordinary dinner in which Sherries of different styles were paired with each course. As obvious as it seems in retrospect, it appeared revolutionary to me at the time. The dishes were carefully chosen to by Chef Fernando Cordoba to form a counterpoint to the Sherries; like any arresting exercise in food and wine pairing, the solid and liquid parts of the meal combined in an interesting and dramatic way, becoming far more than the sum of their parts. Unfortunately, we have a long way to go in this country before that type of food and wine pairing becomes available. 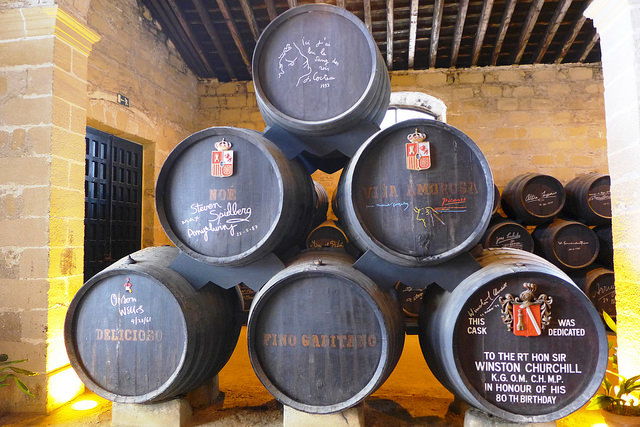 Gonzalez Byass Tio Pepe ($16) is a 100% Palomino Fino with a venerable history: the first barrels were exported to England in 1844. It has a brilliant straw yellow color with aromas of sea foam and roasted hazelnuts on the nose. In the mouth, it is classic fino: taut, angular and a bit salty on entry, expanding in the mid palate with interesting flavors of stewed fruits and bitter lemon. Served chilled, it makes a wonderful apéritif, but also cries out for a wide range of savory tapas.

When it comes to mysteries, few are more baffling than a Palo Cortado. This is a Sherry that ages under flor to become a fino, then inexplicably loses its layer of flor and begins to oxidize. Fortified to 17.5% alcohol, it has been described as having the richness of an oloroso along with the crispness of an amontillado. The Leonor Palo Cortado from Gonzalez Byass ($25) offers whiffs of caramel, molasses and spun sugar on the nose. The medium-bodied texture reveals flavors of anise, fresh herbs and sour orange, and the complexity and depth of the wine makes it a good match for poultry or game dishes.

In the mood for something sweet? Open a bottle of Nectar ($25), made from 100% Pedro Ximenez grapes, fortified at 15% alcohol and containing a whopping 37% sugar. For all its richness and sweetness, the wine escapes being cloying: flavors of molasses and raisins are gracefully balanced by pepper notes and good acidity. This is an outstanding match with chocolate desserts---and it wouldn’t be bad poured over vanilla ice cream, either. 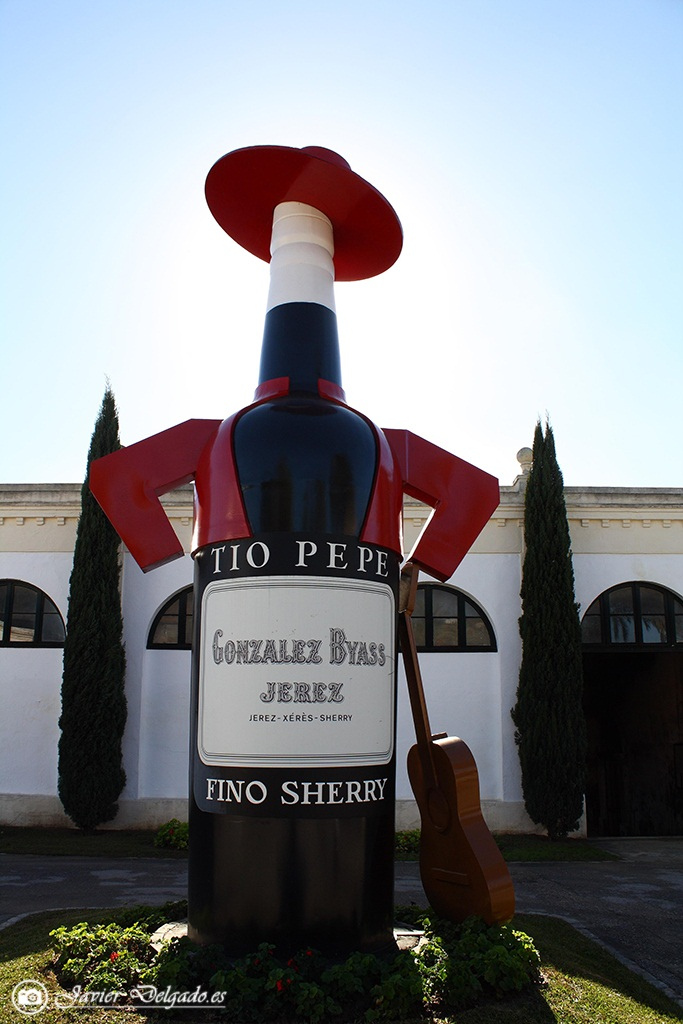