the cult of Jack Daniels 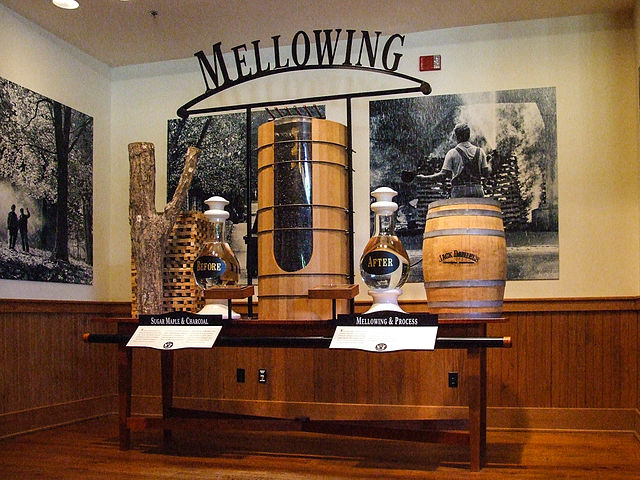 If Tennessee’s George Dickel is the smallest producer of premium spirits in the country, Jack Daniel’s stands at the opposite extreme---it is the largest distillery in the U.S. and the best-selling whiskey in the world, with an annual output that exceeds 10 million cases. It is also an icon in the realm of American spirits, as well as a pilgrimage point for lovers of Tennessee whisky.

The historical Jack Daniel was born in 1846, and most sources place the founding of the distillery in Lynchburg at 1866 (these dates are open to question, but Jack Daniel’s is recognized as America’s oldest distillery and is a National Historic Site). All went well until Tennessee enacted Prohibition in 1909, a decade ahead of the nation. Jack Daniel died childless in 1911 and left the operation to his favorite nephew, Lem Motlow. Motlow reopened the distillery in 1938, and his children sold it to Brown-Forman in 1957.

The Jack Daniels operation sprawls over 2000 acres outside the metropolis of Lynchburg (population 361, as the whiskey label reminds us). There are mammoth production facilities, a huge Visitor Center, and 81 warehouses aging whiskey. Two things make the product unique. As in Kentucky, the water comes from a limestone aquifer and is virtually iron-free (the distillery uses the original water source, and purchased 500 acres surrounding the spring to prevent contamination). The other is charcoal filtration, and every drop of Jack Daniel’s makes its way through ten feet of charcoal made on site from sugar maple (I had the opportunity to taste the distillate before and after filtration, and the difference was significant). Charcoal filtration, in fact, is the sole difference between Tennessee whiskey and Kentucky bourbon. 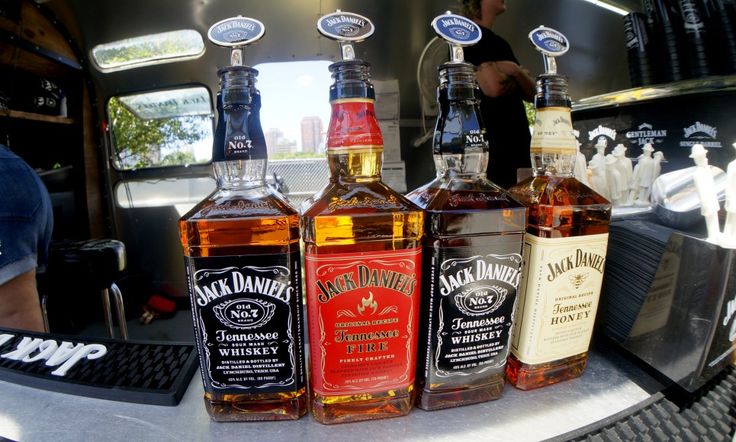 The heart of the production is Black Label #7 ($26), packaged in the familiar square bottle. The nose exudes aromas of vanilla, caramel and oak. Despite an aggressive mouth feel, the overall palate impression is one of balance, with a sharp mid palate leading to a finish that is long, sweet and hot. Gentleman Jack ($32) is cleaner and smoother, an elegant whiskey with luscious vanilla flavors and a long finish. At the top of the pyramid is the Single Barrel ($47), aged 6-7 years and bottled at 94 proof (47% alcohol). The nose is rich and complex, and the ripe, lush texture is nicely offset by oak and spice. While there are any number of cocktail recipes out there, the vast majority of aficionados prefer to drink Jack Daniels on the rocks.

Tours of the property are free, and Jack Daniels receives a staggering 225,000 visitors each year. I visited as part of a press group escorted by the Distilled Spirits Council of the U.S. While we were accorded first-class treatment, we were also prohibited from taking any photographs---a strange request to make of a group of journalists, particularly when any and all proprietary secrets are revealed in the course of the tour.

Even more impressive than the number of annual visitors is the degree of brand loyalty demonstrated by fans of Jack Daniels, who may be fairly described as a cult. Almost without exception, the tourists seemed awestruck by the experience; their faces exhibited the devotion demonstrated by Muslim pilgrims to Mecca (probably similar to the expression on my face when I visited Chateau Petrus some years back). Unlike Mecca, you get a shot of whiskey at the end of the tour. 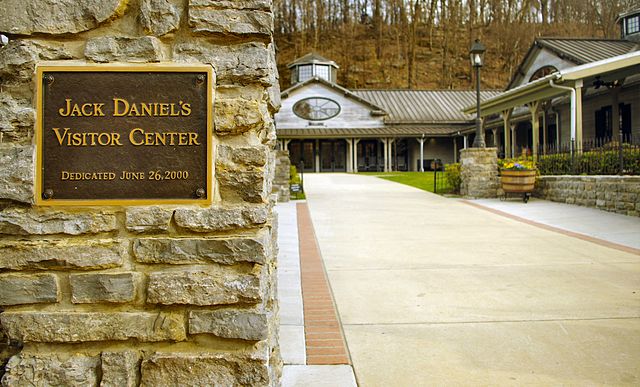 How do you feel about Jack Daniels?

Are you a fan of Jack Daniels? Have you visited the property? Do you have a story or comment? If so, share it with the community!