laphroaig: adventures on the peat meter 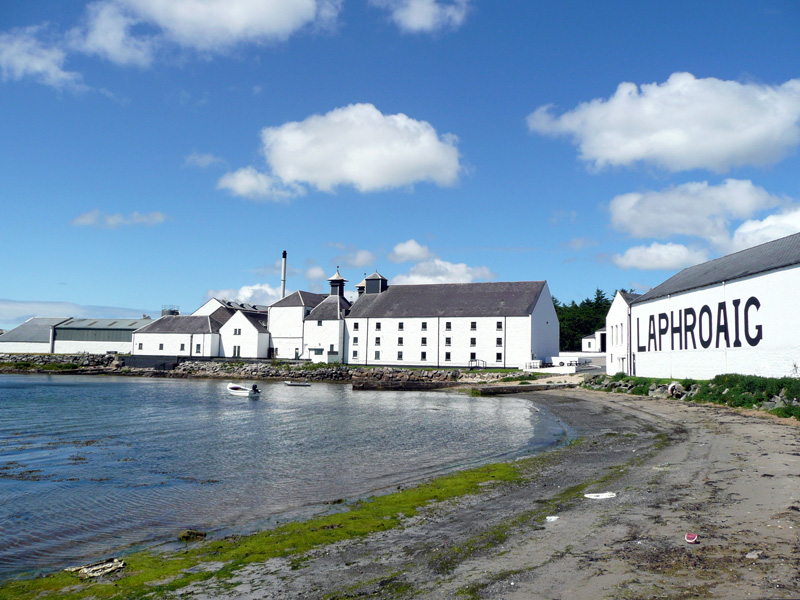 The Laphroaig distillery is located on the island of Islay, 25 miles off the Irish coast. The island has been described as wind-swept, and the term is probably accurate as well as poetic. It is the southernmost point in the Inner Hebrides, and became part of Scotland in the 18th century. It has 3000 inhabitants and two industries: agriculture and whisky.

The distillery was founded in 1815 by Donald and Alexander Johnston, brothers from Clan Donald, who leased 1000 acres for the purpose of raising cattle. The Johnstons soon discovered that making whisky was more rewarding. The dramatic style of their whisky attracted attention from the beginning, particularly from their neighbor Lagavullin, who purchased half of the Johnstons' output to augment the taste of its own blend. The age-old conflict of a single malt producer---how much to bottle, as opposed to how much to sell---continues to this day, when a fraction of the production is actually released under the Laphroaig label.

Laphroaig (pronounced “la-froyg”) bills itself as making “the world’s most richly flavored Scotch whisky,” and contends that “there are 3 main ingredients for making it---barley, water and yeast.” They seem to have forgotten about peat. Malted barley is first soaked in the peat-infused Islay water; after it germinates, it is dried by the smoke of a peat fire. This is what gives the whisky its intense, characteristic taste, and the procedure is probably not much different than it was centuries ago.

And what is peat, exactly? The short answer is decayed vegetable matter that has been compressed into fuel over the course if centuries. The real question is why anyone would use it to flavor whisky, and the answer is simple: it was the only fuel traditionally available to Highlands residents. That's no longer the case, but peat has become part of the mystique that makes Scotch whisky an "acquired taste." Newcomers to the world of single malts may find it disgusting, but for veterans the ability to tolerate peat is a badge of honor. Peat content is measured in parts per million (ppm), with most Scotch registering no more than 30 ppm. Islay whisky, and Laphroaig in particular, comes in around 50 ppm. Your experience will tell you if this style of whisky is for you.

The Johnstons and their descendants ran the operation until 1877, and it remained in private hands until the 1960s, when it was sold to a succession of corporate entities: Whitbread & Co., Allied Domecq, Fortune Brands and Pernod Ricard, until finally being acquired by Beam Global. The entry-level whisky is the 10 Year Old; there are also 18 and 25 Year Olds, Cask Strength, Quarter Cask (matured in small barrels), Triple Wood and PX Cask (matured in Pedro Ximenez Sherry casks). 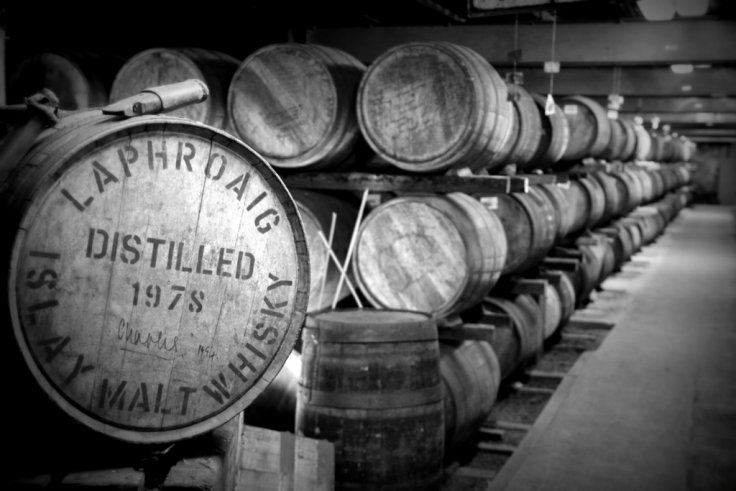 The 10 year-Old ($50) has a brilliant dark amber color with emerald green tints; the nose is marked by the wood, and displays aromas of iodine and sea brine. One sip assures you that the marketing folks are correct: this is indeed a richly flavored whisky, with a powerful palate imprint and an intriguing sweet/salty flavor in the mouth. The finish is long and intense, with echoes of tangy sea air. Adding a bit of water tames the spirit a bit, and makes it more pleasurable to sip.

The Triple Wood ($60) begins the aging process in used American Oak Bourbon barrels, continues to 19th century style quarter casks, and finishes in barrels that once held Oloroso Sherry (the quarter cask holds 17 gallons less than a normal barrel, and allows for a higher ratio of wood to spirit). It is less intense on the nose than the 10 year-old, with scents of iodine, peat and smoke rising up from the glass. It enters the mouth smoothly, and offers a remarkably sweet mid palate accented by floral, pine-infused Sherry flavors. The finish is long and mellow, with notable echoes of brine and sweetness. Add a touch of water, and the spirit becomes softer and richer.

You may not have the means to purchase your own distillery, but you can become a Friend of Laphroaig. By doing so, you gain ownership of one square foot of Islay land, which you may monitor on the Internet. Being a FOL also allows you to collect your rent---a dram of the finest. It’s not clear whether you have to go there to drink it, but it sounds like a good excuse for a visit. 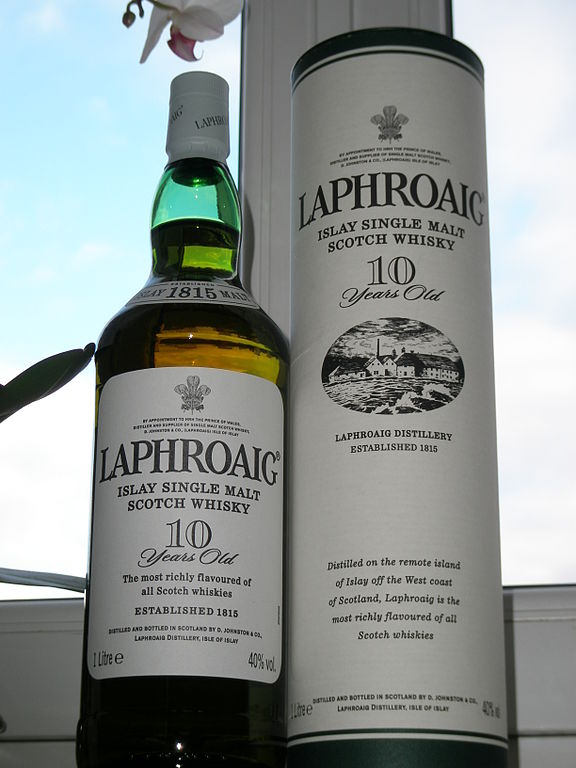