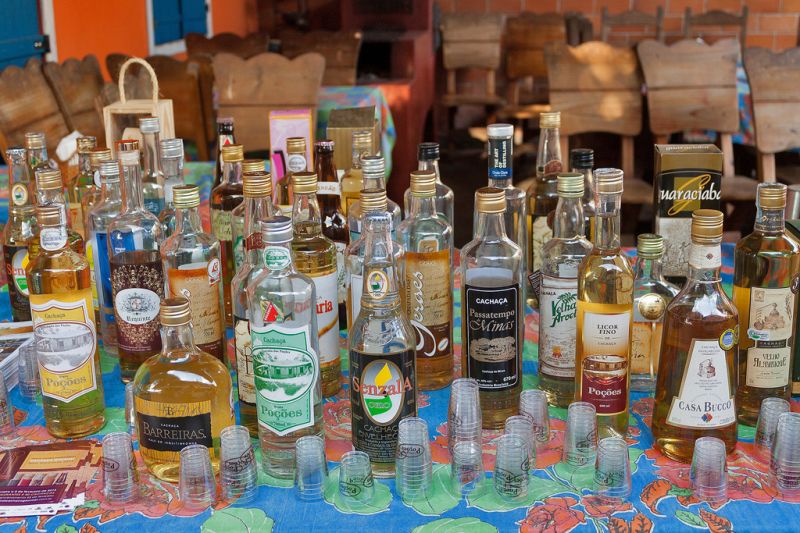 Many Americans are unaware of Leblon cachaca---or cachaça in general---even though it is the most popular distilled spirit in Brazil. An astonishing 175 million cases are produced each year, but most of it is consumed within the country; while no more than 10% is exported, the better versions are starting to turn up regularly in our bars and restaurants.

Cachaça is sometimes described as Brazilian rum. This is roughly true, since it is made from the juice of fresh sugar cane that is first fermented and then distilled. Some rums are made that way, but the majority are produced from molasses, a process which is cheaper and quicker. In both cases a clear distillate comes off the still, and may then be put into oak barrels for aging. Like rum, most cachaça is mass-produced in column stills, and the more interesting ones are hand-crafted in copper pot stills.

In this country, most of us who are familiar with cachaça have been introduced to it via the caipirinha, the national cocktail of Brazil. It is essentially a mojito without the mint leaves: You muddle several teaspoons of sugar with half a lime, add crushed ice, and pour in the cachaça. There are endless variations with fresh fruit, and your favorite fruit (or anything that’s handy) can be added for additional flavor. Traditionally the cheapest available cachaça was used in a caipirinha, but the practice is changing due to the trend toward more sophisticated palates and better-quality spirits.

At the top end of the scale, the best cachaça---like other spirits---is made in small batches, expensive and hard to find. They tend to be pale amber in color, the result of years of aging in Brazilian wood casks. Rochinha, which has been made on the same farm since 1902, comes in five or 12 year-old versions. GRM, which has quite a cult following, is said to resemble a premium anejo tequila. Toward the apex of the pyramid is Armazem Vieira; their Onix, a 16 year-old solera cachaça, easily sells for more than $100.

Premium cachaça really arrived in the United States with Leblon, a brand created in Brazil in 2005. The spirit is crafted by master distiller Gilles Merlet, and production hits all the quality criteria: hand-selected sugar cane, immediate pressing, long fermentation, pot-still distillation, triple filtration, and maturation in Cognac XO casks prior to final blending. Leblon can now be found in chain restaurants, upscale steak houses and cruise lines, and is spearheading the growth of cachaça in this country.

reviews of leblon cachaca and cedilla

The nose of Leblon cachaca ($30) is clean, fragrant and floral, with overtones of citrus and hints of sweetness. In the mouth, the sweetness is nicely balanced with touches of pepper, and notes of candied citrus emerge in the mid palate and continue on the finish. This has more than enough character to sip on its own, or to drink with ice or a splash of water or soda. My instinct is that it would make a very intriguing Martini.

Leblon cachaca has recently launched a liqueur called Cedilla, made from Brazilian açai berries. The açai is a species of tree traditionally cultivated for hearts of palm. In recent years it has been celebrated for its berries, which supposedly promote weight loss and reverse the course of several diseases (none of this has ever been scientifically proven). To make Cedilla, Leblon has combined their cachaça with a maceration of hand-picked acai berries. The nose has a pleasant fruit punch quality, highlighted by aromas of black raspberry. The sweetness is prominent on entry (the sugar content isn’t listed, but being a liqueur we can assume it’s at least 12%), but gives way in the middle to mouthwatering flavors of crushed red berries and touches of baking spices. The finish is long, sweet and herbal. The website recommends substituting this for cassis or Chambord (in a Kir Royale), or for sweet vermouth (in a Negroni), and also lists a number of interesting cocktails. 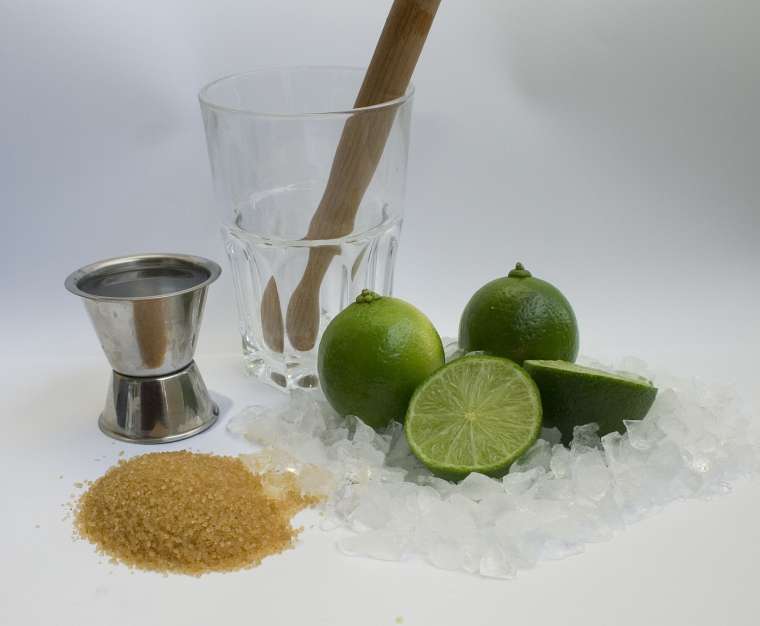 leblon cachaca at the cocktail hour

2 oz. Leblon Cachaça
2 tsp. superfine sugar or 1 oz. simple syrup
½ lime, cut into wedges
Muddle the lime and sugar in a shaker. Fill the shaker with ice and add the cachaça. Shake vigorously and serve in a rocks glass; garnish with a lime wheel. 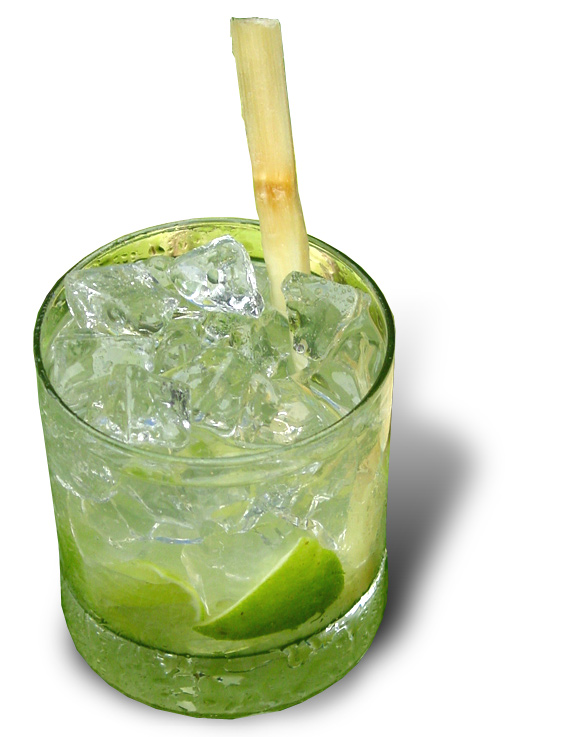