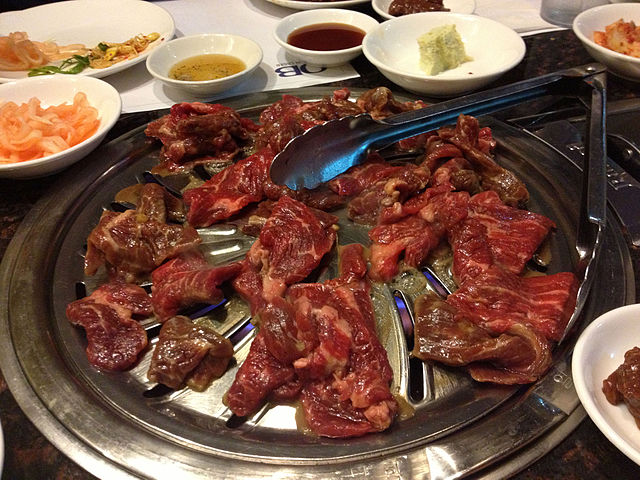 Among New Yorkers, it’s an article of faith that if you find yourself to be the only non-Asian in an Oriental restaurant, you’ve struck gold. Like many clichés, the axiom is true. The only Caucasians who venture into Madingsui are generally in the company of Korean friends or business associates.

Located on the edge of the Koreatown neighborhood, Madingsui has been serving authentic BBQ since 2009. Each table is outfitted with a grill and mounted with a hood to suck up the delicious fumes from pork, chicken, seafood or Bulgogi beef. You are the master of your own grill here, but there’s a button thoughtfully placed on a nearby wall to summon help if you need it. These DIY meals aren’t cheap: Prices begin at $26.99 per person for pork and soar to $119.99 each for a combination of Bulgogi and different treatments of short ribs (regular, spicy and boneless marinated).

BBQ is far from the only option. There’s a large assortment of bibimbap (a Korean national dish that literally translates as “mixed rice”). You’re served a bowl of warm white rice layered with seared vegetables, chili pepper paste and soy sauce, and topped with your choice of protein. At Madingsui the dish is served in a hot clay pot, and the options include beef, chicken, octopus, tuna, eel and kimchee.

Sushi is available, although it’s far from the city’s best. There’s a variety of exotic soups that are confusing to the average Caucasian. And speaking of confusing: after you order, you’re presented with seven or eight small dishes. These include pickled radish, seaweed, sautéed greens, tender wild mushrooms, the inevitable kimchee, squash in a spicy tomato sauce, and several unidentifiable seafood items. The cheerful staff will guide you through them, although the language barrier is insurmountable at times.

If you still haven’t processed the departure of the late Anthony Bourdain, order some Yuk Hwe: shredded raw beef in sesame oil with egg yolk. As the yolk slowly spreads over the meat, all will be well again. 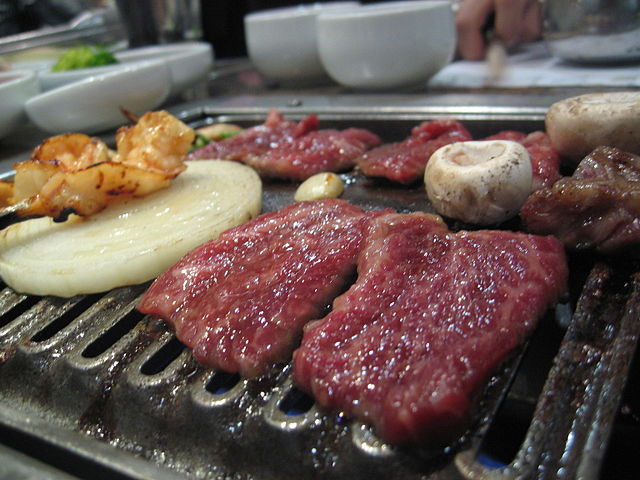