A glass of madeira, my dear 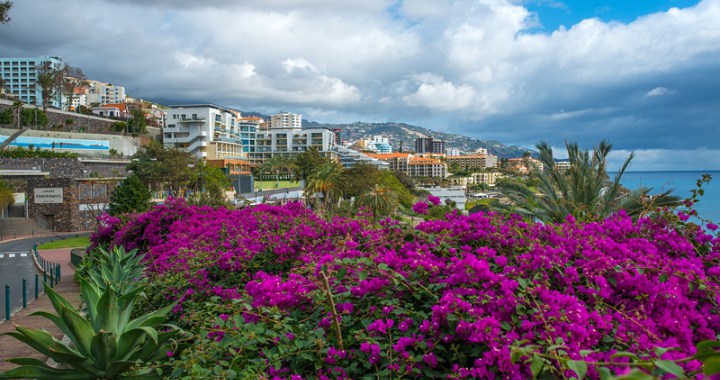 Americans tend to regard Madeira wine as the drink of spinsters and maiden aunts. This is a shame, since they can be some of the world’s most glorious wines---delightful to sip on their own, and incredibly versatile with food.

Produced on the Atlantic island of the same name, Madeira wine has been around for centuries. Thomas Jefferson drank it, and it was a staple in England long before the red wines of the Medoc appeared on the scene. It is normally bottled as four grape varieties with different levels of sweetness: Sercial (dry), Verdelho (off-dry) Bual (semi-sweet) and Malmsey (sweet). There is also is a grape variety called Tinta Negra Mole which has been widely planted on the island since the 19th century epidemics of phylloxera and mildew.

Regardless of grape variety, Madeira wine has an unusual production process which goes back to the Age of Exploration that began in the 15th century. During that period, wine was frequently stabilized with spirits to prevent spoilage during long sea voyages. After one particular trip, the wine that returned to Madeira was found to be oxidized but very pleasant, and consumers soon developed a preference for that style. Thus was born the unique estufagem aging process, in which the wine is heated to temperatures as high as 140 Fahrenheit over a long period of time, to induce the same oxidative effect.

On my last visit to the island, I had the opportunity to sample a range of gems at the venerable house of Blandy. Established in 1811 by John Blandy, the company was purchased by the Symington group in the late 1990s but remains a family-operated enterprise. Now operating under the umbrella of The Madeira Wine Company, it encompasses the houses of Leacock’s, Miles and Cossart Gordon.  At Blandy’s, the wines are still composed of the original four grape varieties. The company owns some vineyards, and has contracts with the best of the island’s 800 growers. 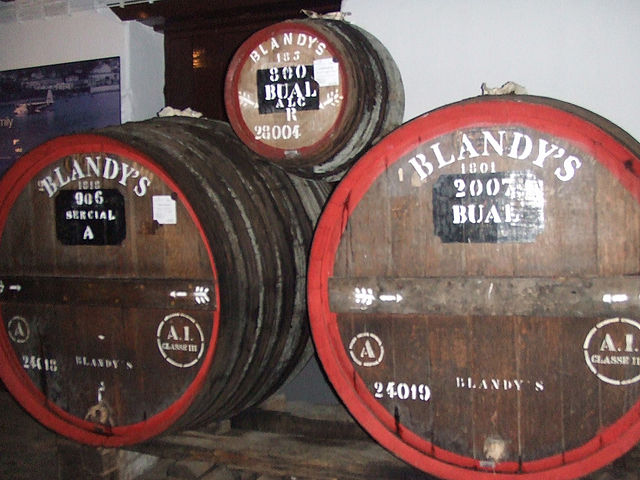 I began with Alvada ($27), a 50/50 blend of Bual and Malmsey introduced in 2002. It had a raisined nose but was totally dry on the palate, with a nutty flavor and slightly tannic finish; it would be enjoyable to sip on its own, and even better with chocolate. The next two wines were 10 Year-Old versions of Sercial and Verdelho ($37). The Sercial was reminiscent of a Fino Sherry, but with slightly more palate weight: dry and angular on entry, rich but dry in the middle, and an excellent match with sushi. The Verdelho was slightly saline on the nose, ripe and generous on the palate; the off-dry texture would pair well with blue cheese.

The highlight of the tasting was a pair of Colheitas from 1996 that our host described as “baby vintage Madeiras.” Both the Bual ($80) and Malmsey ($65) were lush and sweet, with the sweetness nicely balanced by good acidity and a spicy texture; the first would go well with foie gras, while the second again called for chocolate. Like all the wines I tried, they displayed impeccable balance: rich, elegant and restrained. The Blandy wines have good retail representation in shops across the U.S.

The brand of Madeira wine most accessible to American consumers is produced by Broadbent Selections. The project was begun in 1996 by Bartholomew Broadbent and carried out in conjunction with his father, the legendary Michael Broadbent MW, who sourced the wines and supervised the blends. The Broadbent range begins with Rainwater ($18), a widely available three year-old blend made from Tinta Negra, and includes 10 Year-Old Sercial, Verdelho, Bual and Malmsey as well as vintage-dated Colheitas.

Madeira wine has many advantages at the dinner table beyond the obvious aperitif in place of Sherry, or as a dessert wine in lieu of Port. Its high acidity creates a wide range of food pairings. Sercial is a good match with cheese, fish dishes, and even salads with a vinaigrette dressing. Verdelho pairs well with smoked foods and curries, as well as meat dishes such as poultry, duck and pork. Bual and Malmsey are perfect accompaniments to red meats and stews, and are a natural with desserts of all sorts---particularly dark chocolate and concoctions flavored with honey or caramel.

On a lighter note, the title of this piece refers to a comic ballad by the British team of Flanders and Swann, in which an aging rake attempts to seduce a young girl with several glasses of Madeira. Champagne would probably be the weapon of choice nowadays, but don't underestimate the charms of fortified wine. 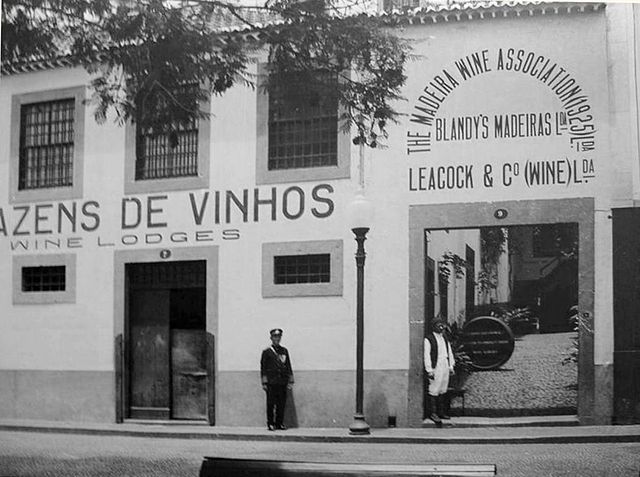