New Orleans appears to have more bars than residents, but that may not actually be true. Here’s what’s true: there are few better cities to drink in. NOLA may not have the concentration of craft cocktail bars you’ll find in New York or San Francisco, but there are some remarkable places to get a well-made cocktail at an affordable price, surrounded by atmosphere and history.

Located in one of the French Quarter’s legendary restaurants and the birthplace of the classic cocktail of the same name, this place promises to be too elegant for words---a riot of polished wood, gleaming brass and vintage light fixtures. But in this tight, enclosed space, smoking is not so much permitted as glorified. The humidors offer a selection of cigars from all over the world, so there’s no need to bring one with you. If you’ve struggled to quit but still want to inhale your daily quota of tobacco, go to Arnaud’s French 75 for your cocktail hour (813 Bienville St.; arnaudsrestaurant.com).

A sleek, small bar off the lobby of the Renaissance Pere Marquette hotel in the Central Business District, presided over by a thoughtful bartender who clearly loves his work. Come here for a superbly made cocktail, an exceptional wine selection, and a refuge from the noise and clutter of the nearby French Quarter. The atmosphere is modern, sexy and slightly naughty. (Renaissance Pere Marquette, 817 Common St.).

Dark, cool and sedate, the Bombay Club features a large, square oak bar overlooking a lush courtyard. The drink menu details the history of the Martini, and lists 30 of them broken down by time period (1860s-1890s, 1916-1923, 1920s-1970s, etc.), but the professional bartenders will make you anything you desire. Should you decide to stay for dinner, the food is very good (830 Conti St.; bombayclubneworleans.com). 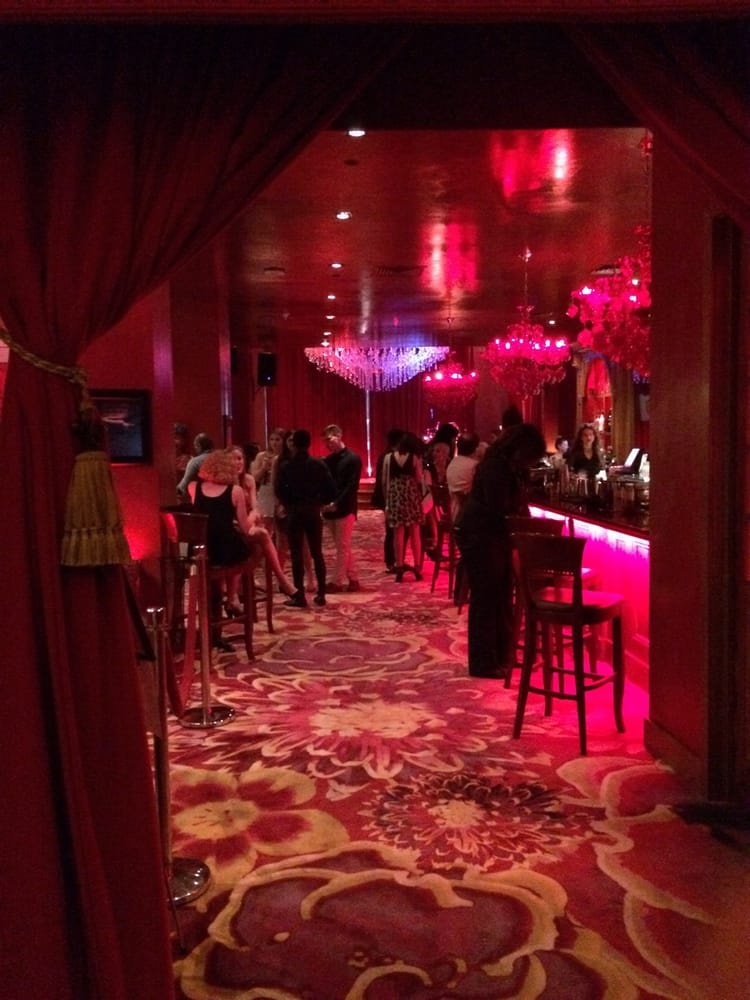 If Bar Uncommon presents a sexy and slightly naughty appearance, the Burgundy Bar revels in it. Located in the Saint Hotel on Canal St., on the edge of the French Quarter, the interior is a triumph of self-described "bordello chic," complete with dark red banquettes and Venetian plaster walls (all of this in a Marriott, no less). The atmosphere is enhanced by live jazz that focuses on the city's rich musical tradition, in the style of Louis Armstrong. And if you get hungry, Tempt Restaurant is on the other side of the lobby (931 Canal St.; (504) 522-5400; thesainthotelneworleans.com).

Under an ornate merry-go-round, this circular bar that revolves very slowly---roughly one circumference per drink, depending on your speed of consumption. The Carousel Bar is a local favorite, as well as the epicenter of the annual Tales of the Cocktail celebration, during which time it resembles a three-ring circus rather than a carnival. Criollo, one of the city's better hotel restaurants, is close by on the lobby level (in the Hotel Monteleone, 214 Royal St.; hotelmonteleone.com).

Is the building really haunted? Hard to tell, since there’s no electricity and it’s lit by candlelight. Originally constructed in 1722, it probably looks the way it did when Jean Lafitte, the famous pirate, helped Andrew Jackson defeat the British in the final battle of the War of 1812. In his honor, the drink to have is the Hurricane (941 Bourbon St.; lafittesblacksmithshop.com). 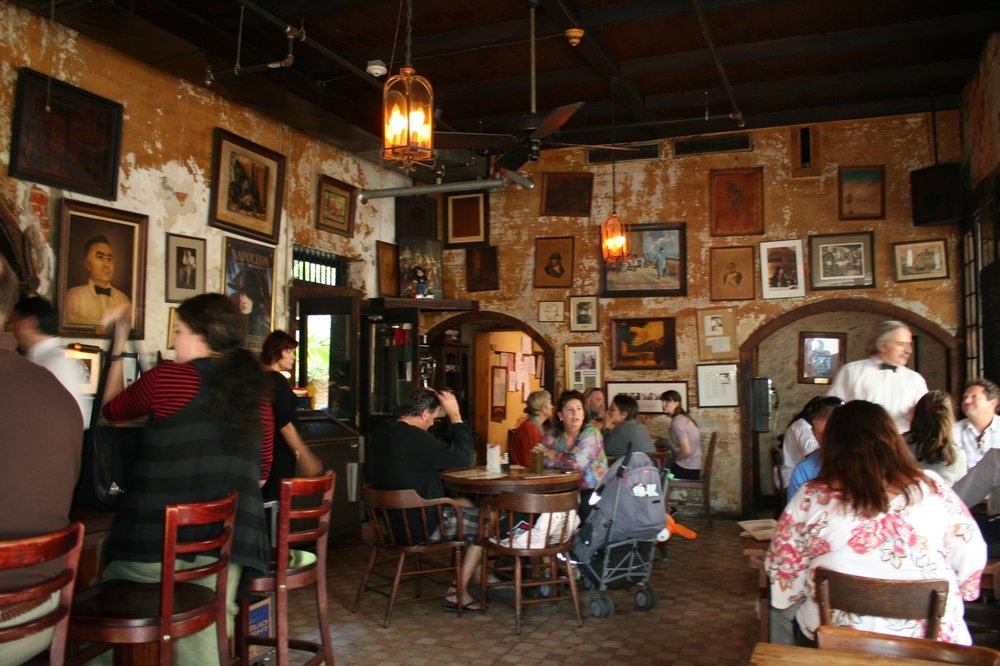 Yes, there was a plot to rescue the Emperor from exile and spirit him away to New Orleans, and he would have lived here if the scheme ever materialized. Ralph Brennan purchased the 200 year-old building in 2015 and had the good sense to leave the layers of history untouched. Pimm’s Cup is the specialty cocktail, for whatever reason. Sip on one and enjoy the surroundings---it’s a little seedy, but that’s what you came to town for (500 Chartres St.; napoleonhouse.com).

This is one of the oldest bars in the city (or the country, for that matter). Built in 1806, it gave birth to the Absinthe Frappé and hosted luminaries such as Oscar Wilde, Mark Twain and Enrico Caruso. Today the building appears to be ready to collapse at any moment, and holds out the promise of being the ultimate dive bar, a celebration of history and raunch. Upon entering, however, you are greeted by a bank of frozen drink machines worthy of Key West. As you sip your pre-mixed concoction, you can gaze at the beautiful, antique absinthe drip and muse on the decadence of yesteryear (240 Bourbon St.).

In a city short on wine bars, this one does nicely. The selection isn't overwhelming, but the atmosphere is comfortable and relaxed, and there's a private sitting area that is separated from Bienville Street by a small, charming courtyard. The level of service largely depends on which bartender is working on the evening of your visit. Patrick's has been named one of the top ten wine bars in the U.S. by both Gayot and Fox News (in the Hotel Mazarin, 730 Bienville St; patricksbarvin.com).

This is the classic from which all others were cloned: a long, vintage wooden bar; a set of murals painted in 1938 by Paul Ninas, depicting scenes in various parts of the city; comfortable sofas and armchairs; stunning wood paneling throughout the room, constructed from a single African walnut tree; expert bartenders who remain unruffled in the face of a continuous onslaught of customers. It claims to be the birthplace of the Sazerac, the official cocktail of New Orleans, which may or may not be true, but don’t leave town without visiting (in the Roosevelt Hotel, 123 Baronne St.; therooseveltneworleans.com). 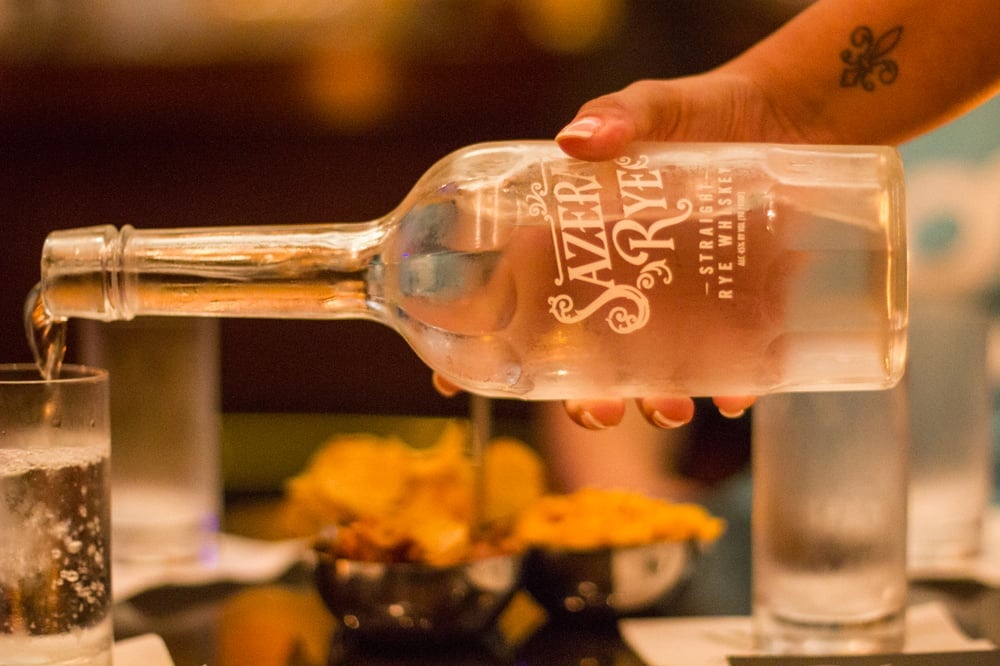 Send us your thoughts!

What's your favorite watering hole in NOLA? Share your comments with the community!