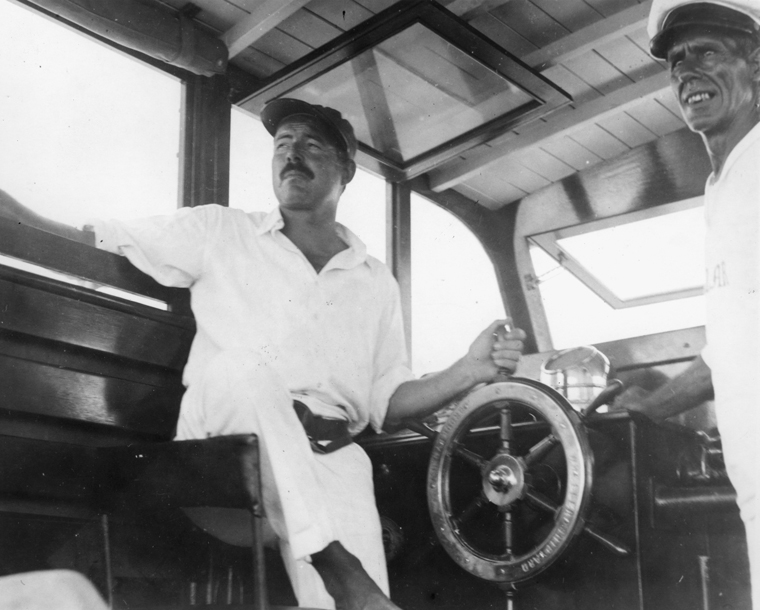 One of the theories behind Papa's Pilar Rum is that the Hemingway industry is alive and flourishing in many places, but most of all in Florida. The number of bars in the Sunshine State in which Papa allegedly drank is only exceeded by the New England stopovers in which George Washington supposedly slept. Unlike Washington, of course, Hemingway was actually photographed in most of these joints.

Chronologically speaking, Hemingway’s Key West period was sandwiched between Paris (which he left in the late 1920s) and Havana, where he spent the majority of his later years. Visitors to the island can still tour the Hemingway Home and Museum, the sprawling Spanish Colonial house the author purchased in 1931. It was here that he met Charles Thompson, who introduced him to the sport of big game fishing; in 1934, Hemingway ordered the hand-built, 38-foot boat that became known as the Pilar (the name he would later give to the lead female character in For Whom the Bell Tolls).

Papa’s Pilar Rums constitute homage to this period of Hemingway’s life---an era that was miserable for most of humanity, but an absolute blast for the hard-drinking writer. The packaging evokes nostalgia for a time, a culture and an individual we are likely never to see again. The bottles are crafted in the shape of a World War II canteen; they are inscribed with the motto “Never A Spectator,” and the wooden box in which the bottles come bears one of the famous Hemingway slogans: Il faut d’abord durer, or “first one must endure.” 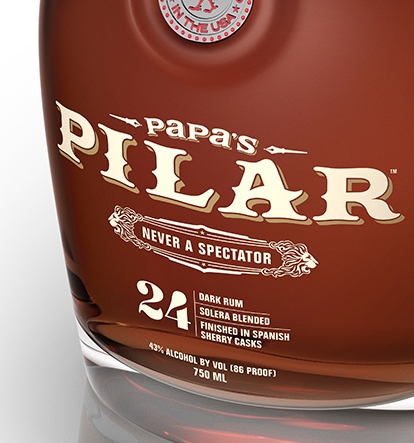 There are two rums, the Blonde ($29.99, 84 proof/42% ABV) and the Dark ($39.99, 86 proof/43% ABV). The Blonde rum is made in a column still, and is aged between three and five years. The Dark version is crafted in a combination of column and pot stills; we’re not told exactly how long it’s aged, but it includes “hand-selected rums up to 24 years old”. According to the producer, the rums are distinguished by a solera aging system, spending time in American Bourbon barrels and Port wine casks before being finished in Spanish Sherry casks prior to the final blend.

Sweet aromas of sugar cane, allspice and caramel waft up from the nose of the Blonde rum. The intriguing combination of sweetness and spice continues in the mouth, buoyed by a rich and substantial texture. The palate imprint is firm yet refreshing, and seductive flavors of cookie dough resonate on the long finish.

By contrast, the Dark rum is bold and dramatic, with a nose marked by scents of vanilla and molasses. The spirit coats the palate gracefully, yielding flavors of baking spices, honey and caramel, giving way to white pepper on the finish. This would make a delightful sipping rum, in addition to mixing very well in a variety of cocktails from a Cuba Libre to a Planter’s Punch.

Speaking of mixing, don’t forget to drink one for Papa. The following recipe varies slightly from one source to another, but definitely originated at La Floridita, the legendary Havana bar that served as Hemingway’s home away from home. It was invented by Catalan immigrant Constantino Ribalaigua Vert, who omitted the customary sugar in Papa’s version:

2 oz. Papa’s Pilar Blonde Rum
.25 oz maraschino liqueur
Juice of two limes
Juice of one grapefruit
Combine ingredients in a cocktail shaker with cracked or crushed ice. Shake vigorously and pour into a coupe glass; for a true Papa Doble, double the rum. 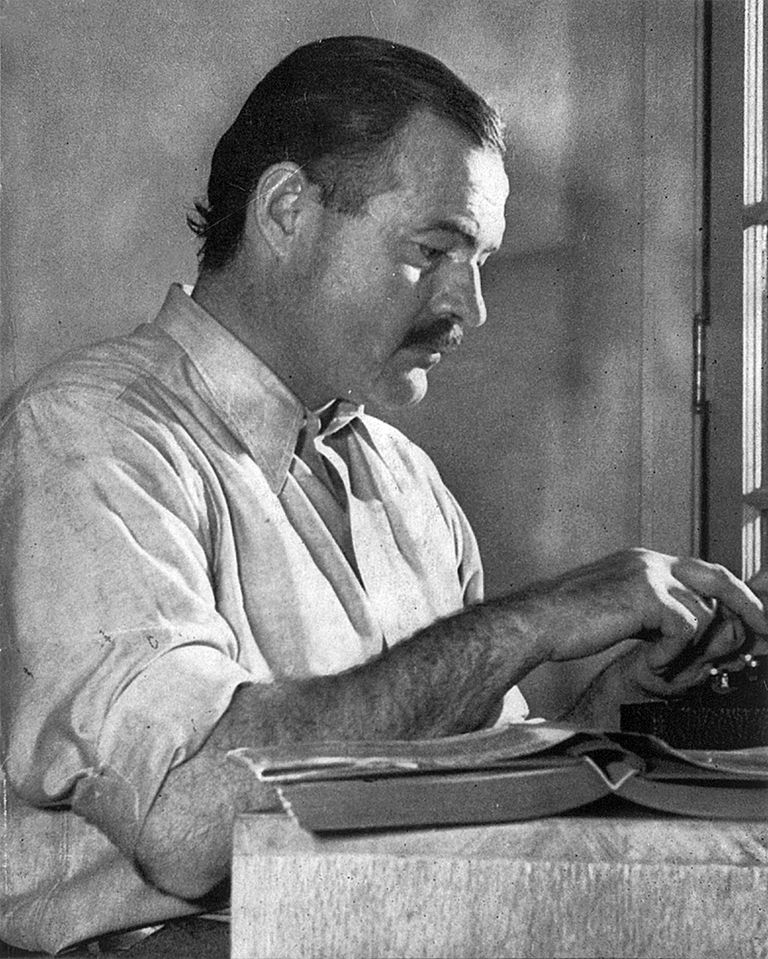