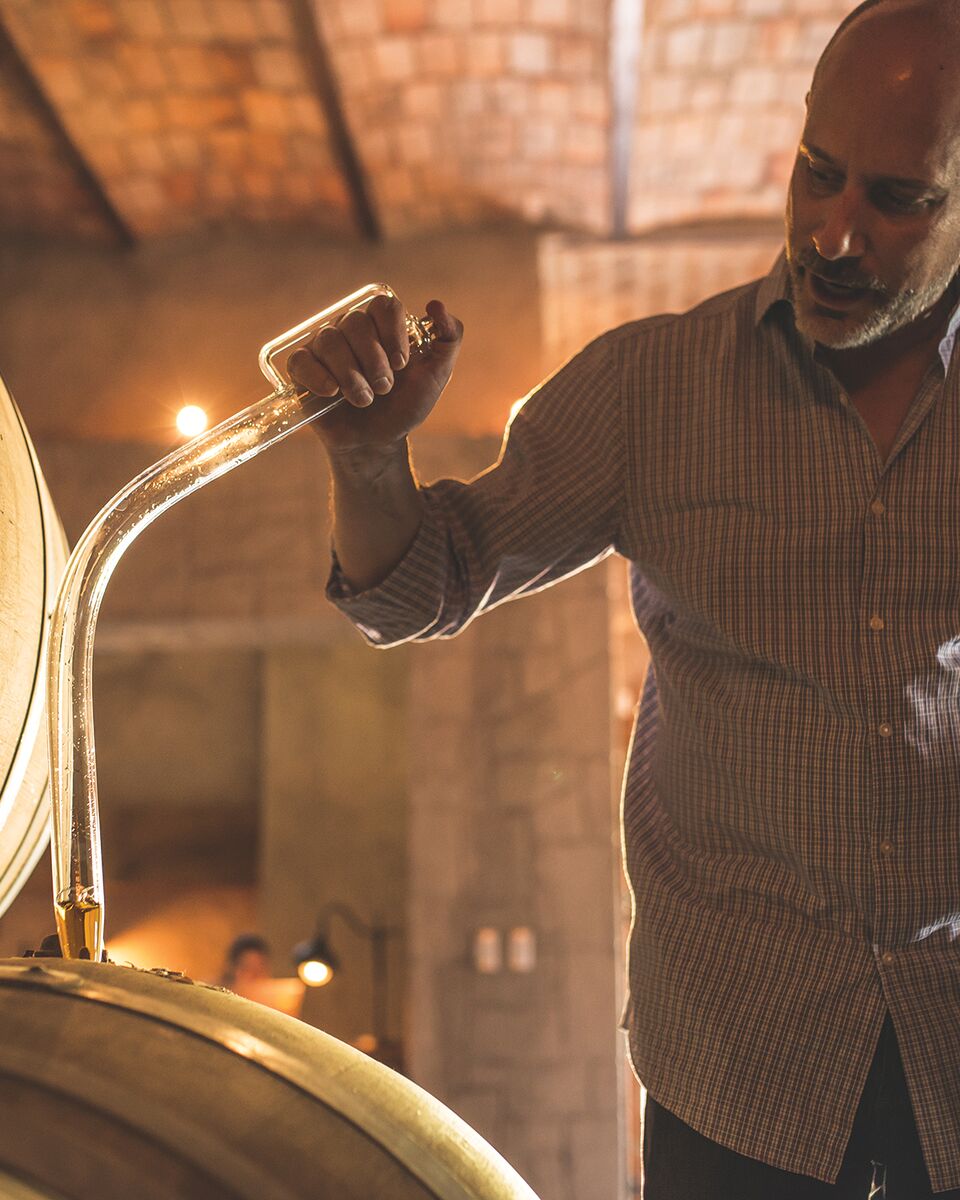 Since establishing Casa Noble, José “Pepe” Hermosillo has been a pioneer in the super premium tequila category. He took some time recently to share some of his reflections with us.

What was your inspiration for founding Casa Noble in 1997?

After my father passed away, I had the concept of creating something unique, something that would honor my heritage. Back then, tequila wasn’t regarded as a premium spirit in the U.S. I wanted to showcase it in a more upscale, elegant and contemporary way---and of course, I wanted to be the absolute best in terms of quality.

I gather Casa Noble was a family estate?

The land actually belonged to my partner, Carlos Hernandez. My family had a long tradition of making tequila, and they had been involved with different distilleries since the 1700s.

What made you hope that Americans could perceive tequila differently?

We were focused on educating people little by little, so that they saw tequila in a different light. We wanted them to appreciate the nuances and possibilities. Now we’re seeing the aging component come into its own---similar to bourbon, where you have many possibilities in terms of types of barrels and length of time in oak.

Patrón was started in 1989, and it’s generally regarded as the first super premium tequila. Did that have an influence on you?

Patrón wasn’t an influence, because it wasn’t that well-known at the time---it really took off later. Back then, the most important brands were Porfidio and Don Julio.

How do you go about educating the public?

I was in five different cities last week doing tastings, and we have brand ambassadors around the country who travel constantly and conduct staff training in restaurants.

You mentioned bourbon before: It has a very strong following among the older demographic, while tequila primarily appeals to younger drinkers. How do you get them to refine their palates?

I think it’s a natural transition. It’s a great advantage to have the younger generation drinking tequila, and the challenge is stimulating them to move from basic margaritas to a better spirit. As they mature, that tends to happen naturally.

Do you think it would help to have an alternative to the margarita---a simple, two or three-ingredient cocktail that isn’t shaken, that would allow the quality of the tequila to come through?

Margaritas are great for casual situations. As we transition, we’re trying to focus on simpler cocktails that put more emphasis on the quality of the spirit. A good example is the Paloma, which consists of only two ingredients: tequila and grapefruit-flavored soda. It’s very popular in Mexico, and starting to catch on here in the U.S. For me, the best margarita is a simple one---just some good tequila, agave nectar and a lime wedge, so the flavor of the tequila isn’t overwhelmed.

Tell me about your connection to Carlos Santana.

We met about seven years ago---he was a fan of Casa Noble, and his people called and said he wanted to meet us. So we went up to his suite in the Hard Rock Hotel and did a tasting for him, and I was impressed by the intensity of his focus; he’s from the region, and has a lot of connection with the history. At the end he stood up and gave me a big hug and said, “You and I are about the same thing.” Later he came to the distillery, and he became an investor in July 2011. He’s a good friend and a wonderful person.

How do you see the future? Where would you like Casa Noble to be in ten years?

Hopefully, we’ll have more recognition of Casa Noble as a complex and beautiful spirit. Our sales have tripled in the past three or four years, and we’ve become a relevant brand. We’d love to become one of the top three brands in the super premium tequila category. It’s a big dream, and hopefully it will come true. 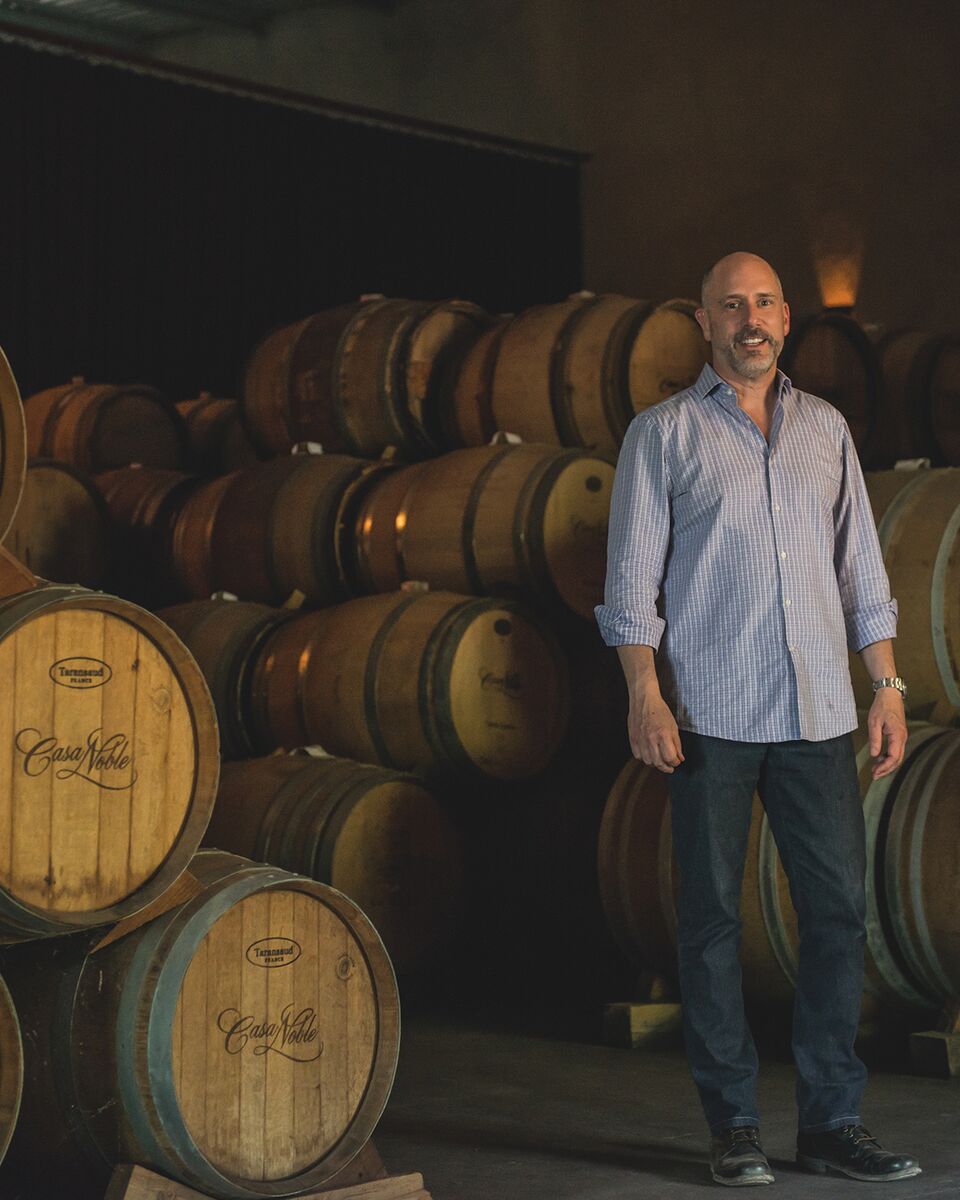