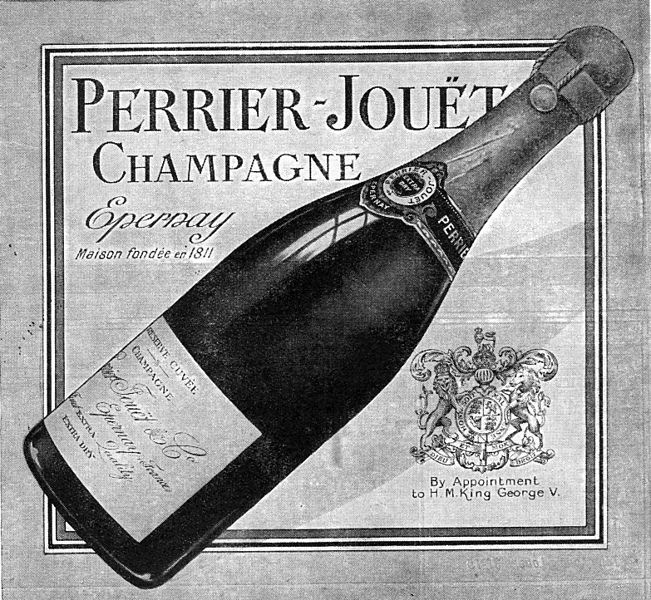 Perrier-Jouët is a Champagne of delicacy, charm and finesse, yet not without depth and power. Since its founding in 1811, the House has had only seven cellarmasters. The current chef de cave is Hervé Deschamps, who works very much like an orchestra conductor---coaxing all the elements of the blend, taming the headstrong, prodding the uncertain, and listening constantly for one false note. In fact, Deschamps has been known to refer to his wines in musical terms, as “compositions.” Most of the vineyards owned by the house are located in the Cotes des Blancs, which is Chardonnay country. Yet Deschamps doesn’t hesitate to blend in the perfumed red fruits of Pinot Noir or the earthiness of Pinot Meunier.

Perrier-Jouët has consistently identified itself with La Belle Epoque, a period of European history that began at the end of the Franco-Prussian war in 1871 and came to an abrupt end with the outbreak of World War I. It was a time of great intellectual ferment and is regarded as a period when music, theater, painting and literature flourished. It also looked rosy to many people in retrospect, after the horrors of the two World Wars and the nuclear age that followed. The symbol of their identification with Art Nouveau is the famous Flower Bottle, which actually depicts a swirl of Japanese anemones. Visitors to Perrier-Jouët can stay in the Maison Belle Epoque, the home of the founders, which has been converted into a guest house containing more than 200 pieces of Art Nouveau by artists such as Lalique and Rodin. 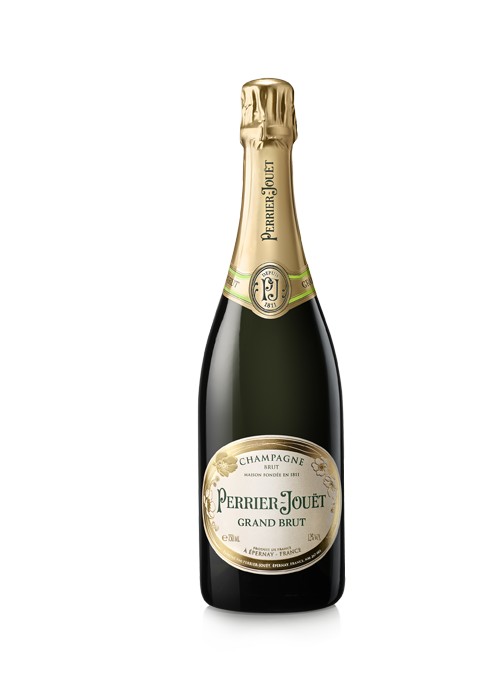 Fully 80% of the production consists of the non-vintage Grand Brut ($45), which is a combination of all three. The wine is bright and vibrant, with a vivacious attack and touches of pear and vanilla. It makes a fine aperitif, and is also an excellent match with shellfish.

The Blason Rosé ($65), also a non-vintage bottling, has a pale salmon color and aromas of red fruits on the nose. In the mouth, it is dry and well-balanced, with haunting flavors of wild raspberry. Perhaps the best thing about it is the finish---long and succulent, with the acidity highlighting the red berry flavors.

The flagship of Perrier-Jouët is the Fleur de Champagne, or Flower Bottle, an Art Deco design which began in 1902 as a private artist’s label. It is only produced in vintage years of exceptional quality. The 2002 ($150) is rich and profound, displaying great depth of flavor in its layers of brioche, vanilla and toast. It is Champagne that can accompany a meal, and will stand up to seafood or white meat dishes in substantial sauces.

Hard to believe, but the 2002 Fleur de Champagne Rosé ($250) is even better. Complex and elegant, it is highlighted by flavors of strawberry, raspberry and hints of roses. The palate imprint is powerful, and the finish is long and memorable. Drink this with game dishes, lamb and even red meats.