Pimm's cup : The rites of spring 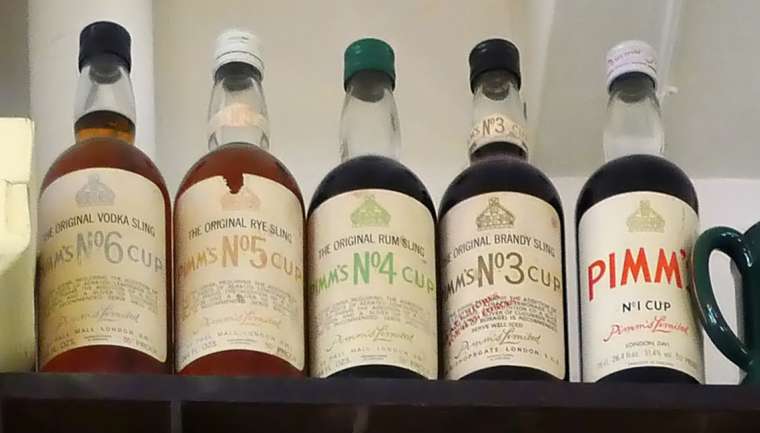 Pimm's Cup is proof that premixed cocktails just won’t go away, despite the fact that no one admits to drinking them. They were never really stylish in America, since they conjured up images of brown bags, bums and convenience store parking lots; in this age of designer libations, they seem to suggest laziness, as well as a lack of imagination and taste. Even so, they turn up like the unwanted dinner guest. At the recent convention of the Wine & Spirits Wholesalers of America in Las Vegas, one of the flashy “new products” was something called Twist In A Glass, which contained a precise amount of mixer (Margarita, Cosmo, etc.) in a cocktail glass, just waiting for the customer’s alcohol of choice.

In the U.K., though, Pimm’s Cup has been a fixture of society for nearly two centuries. It started in 1823, when James Pimm began serving a concoction of gin, quinine and herbs at his central London oyster bar. Commercial production began in the 1850s, and by the turn of the century there was a chain of Pimm’s Oyster Houses in the English capital. In addition to the original (known as Pimm’s No. 1 Cup), the company produced five other mixtures in its heyday: No. 2 (Scotch), No. 3 (brandy), No. 4 (rum), No. 5 (rye) and No. 6 (vodka).

Pimm’s was purchased by Diageo in 2006. The No. 1 Cup is a staple, but the only others currently made are a variation on No. 3 (called Pimm’s Winter Cup) and a small amount of No. 6. Still, Pimm’s Cup remains a stylish drink in the U.K. It is popular at Wimbledon and the Henley Royal Regatta, and is customarily served at polo matches both here and in England. It is sometimes mixed with Champagne (called a Pimm’s Royal Cup), and frequently blended with ginger ale or lemonade.

So what is it, exactly? The ingredients are a mystery, supposedly shared among only six people in the world. We know it contains gin, but there’s no indication of how much or what type. Quinine is a component, as well as an unspecified blend of herbs. Most sources say that a liqueur is involved, but the kind of liqueur is never revealed. On top of that, the terminology is confusing---in the opinion of most experts, the bottled version of Pimm’s No. 1 only becomes a Pimm’s Cup when other ingredients are added. Most recipes call for the addition of soda (ginger ale, club soda, Sprite or tonic) and fruit (usually slices of lemon, lime or orange). Some versions include a few dashes of Angostura bitters and/or a shot of Plymouth Gin. If you want to get fancy, you can garnish the drink with mint leaves, strawberries and slices of cucumber.

a recipe for pimm's cup

Regardless of your preference, sipping on a Pimm’s Cup is one of the pleasures of a spring or summer afternoon. There are as many recipes for it as there are for steak and kidney pie, but here are the basics:

Pour the Pimm’s into a Collins glass. Add lemonade and (if desired) a splash of club soda or Sprite. Stir, but do not shake. Garnish with the cucumber, mint leaves and fruit. For a Pimm’s Royal, use Champagne in place of the lemonade.
Note: the modern Pimm’s No.1 is bottled at 50 proof, or 25% alcohol by volume, while older versions contained much higher levels of alcohol. Be careful not to add too much mixer or ice, which will dilute the drink; conversely, be cautious with recipes that call for the addition of a shot of gin. 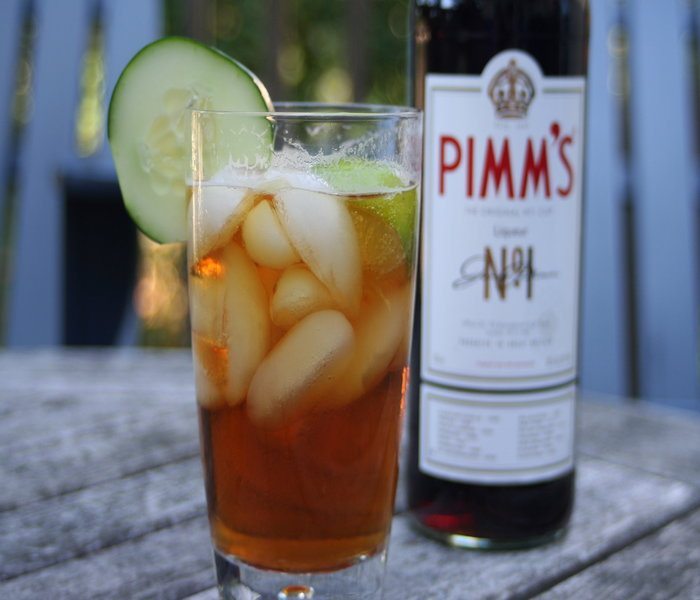