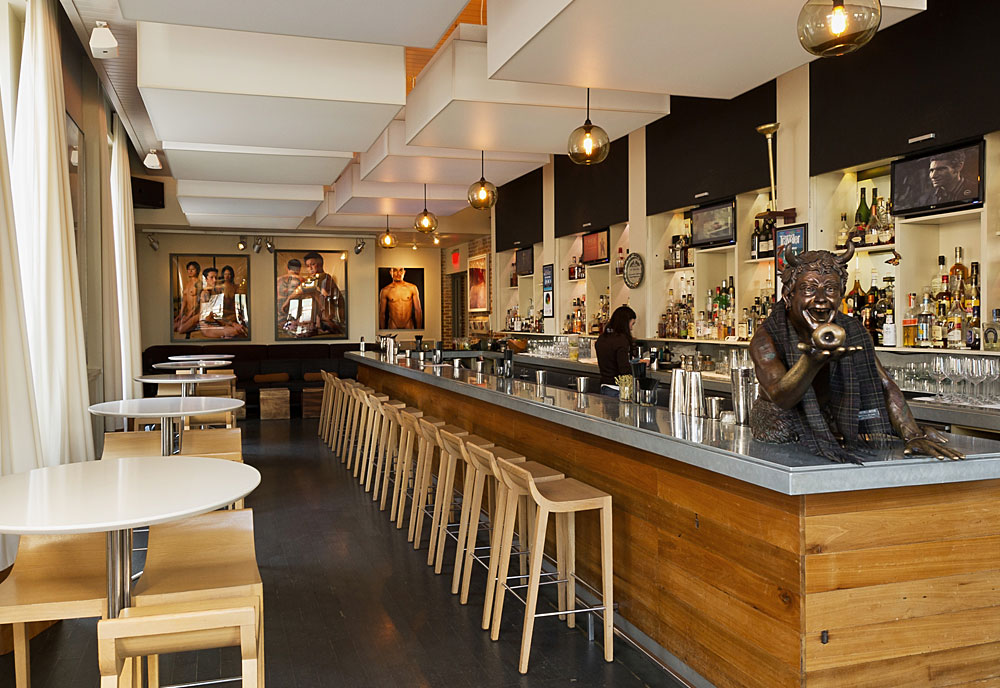 Proof on Main is regarded as an essential stop on downtown Louisville’s Urban Bourbon Trail. The bar is attached to the 21C Museum Hotel, opened in 2006 by philanthropists and art collectors Laura Lee Brown and Steve Wilson. Brown and Wilson wanted to help reverse the pattern of suburban sprawl by rejuvenating the city’s downtown area (and, presumably, to make money in the process). The overall feel of the place is similar to living in the MOMA; the hotel’s public spaces are filled with changing exhibits of the type of art many people used to make fun of, while some still do. 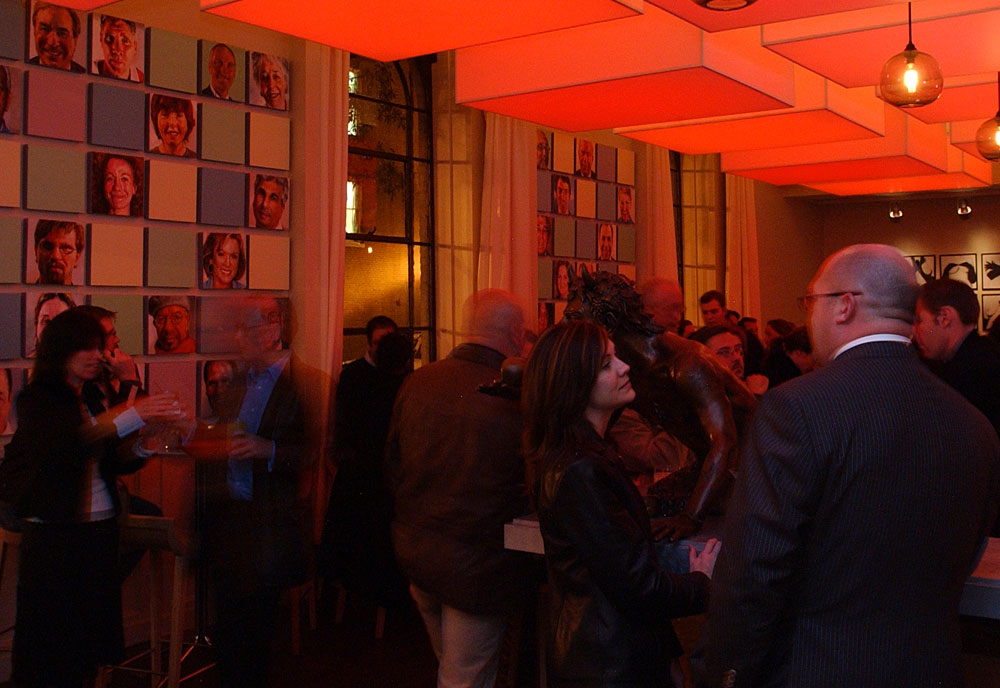 In fact, the rebirth of downtown Louisville was already well under way when Proof opened. Fourth Street Live, the pedestrian area containing a variety of shops and restaurants, had made its debut in 2004. With one exception, though (the Maker’s Mark Bourbon House and Lounge), Fourth Street concentrates on more commercial venues such as Irish pubs, sports bars and T.G.I. Friday’s. 21C and Proof on Main dramatically raised the standard of what locals might expect from their bars and restaurants.

The motto of Proof on Main is “We take our booze seriously.” This is the type of place where the mixologists (don’t call them bartenders) cut their own ice, make their own bitters and squeeze fresh fruit juices every day. Despite a distinct level of pretentiousness, the list of Signature Drinks isn’t as convoluted as you might expect, and some are quite appealing. The Bourbon list is amazing: nearly 60 of them, ranging from everyday tipples to rare items such as the Van Winkle Family Reserve in 12, 15, 20 and 23 year-old expressions. There are Bourbon flights as well, providing the opportunity to sample trios of America’s native spirit.

There’s also an interesting wine program, something which usually doesn’t coexist under the same roof with a spectacular spirits list. The 175 bottles offer something for everyone, from California Chardonnays and Cabernets to Bordeaux, Burgundy and Super Tuscans. In addition, there’s a solid selection of wines by the glass and quartino (an eight-ounce carafe, in case you didn’t grow up in an Italian neighborhood).

If you get hungry, the bar menu offers cured meats, artisan cheese, and a dozen small plates. Finish your visit by walking through the hotel, taking in the current exhibits and staring at the ubiquitous red penguins, designed by Omar Ronda of the Cracking Art Group. They’re quite tame (in the21C Museum Hotel, 702 W. Main St., Louisville, KY.; (502) 217-6360; proofonmain.com). 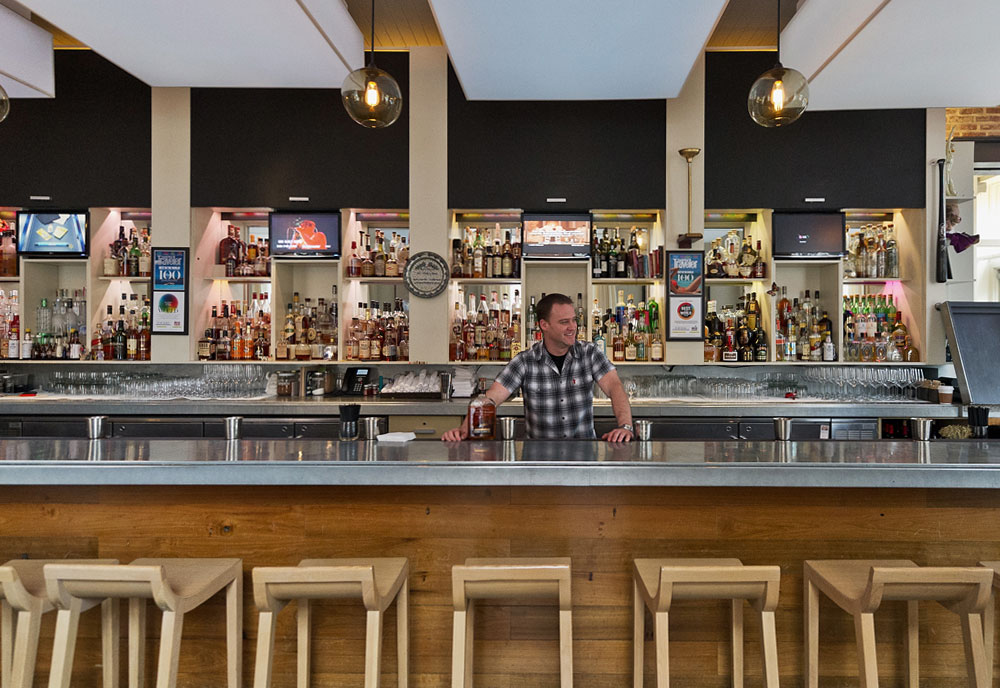 Have you been to Proof on Main?