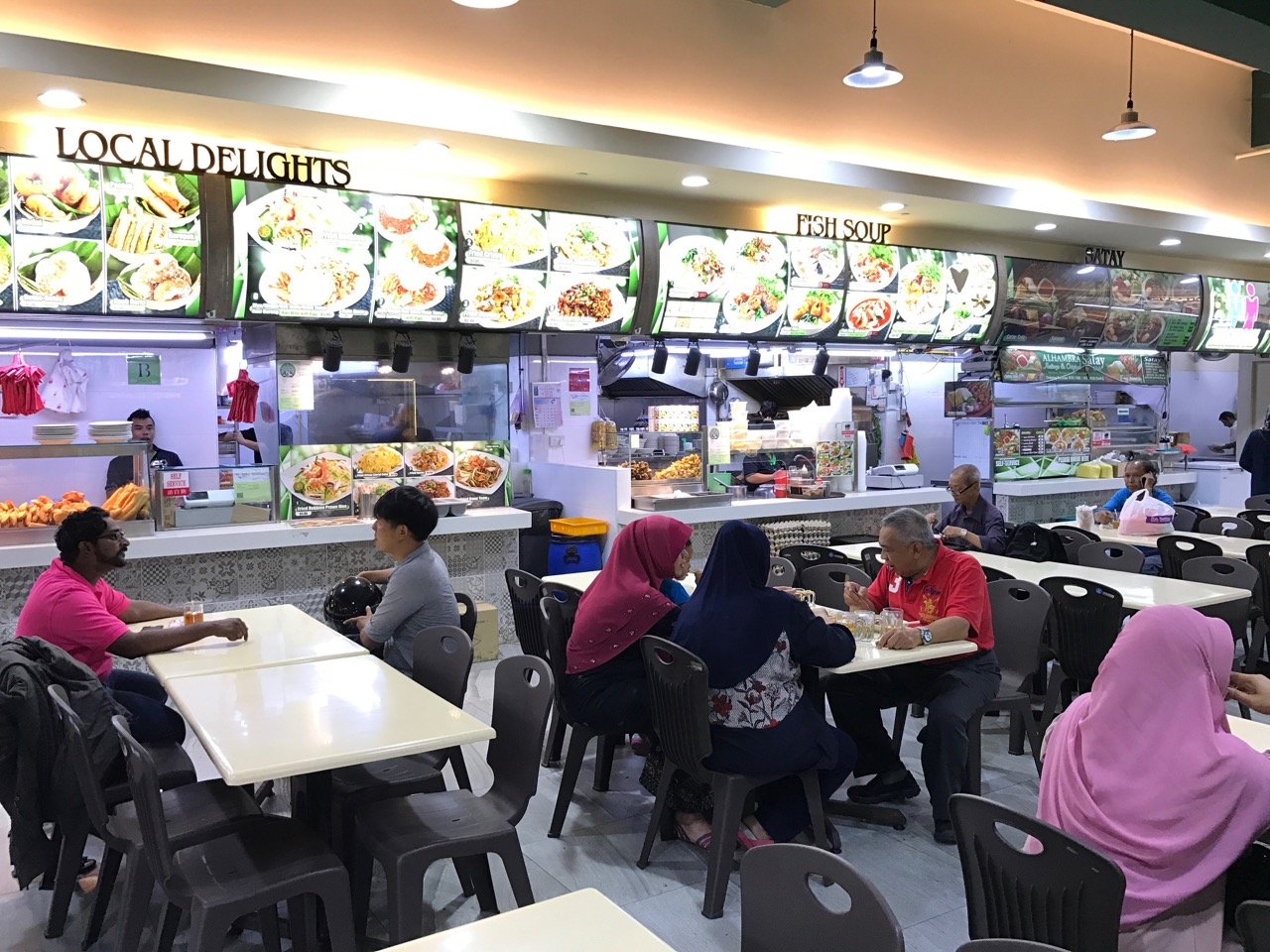 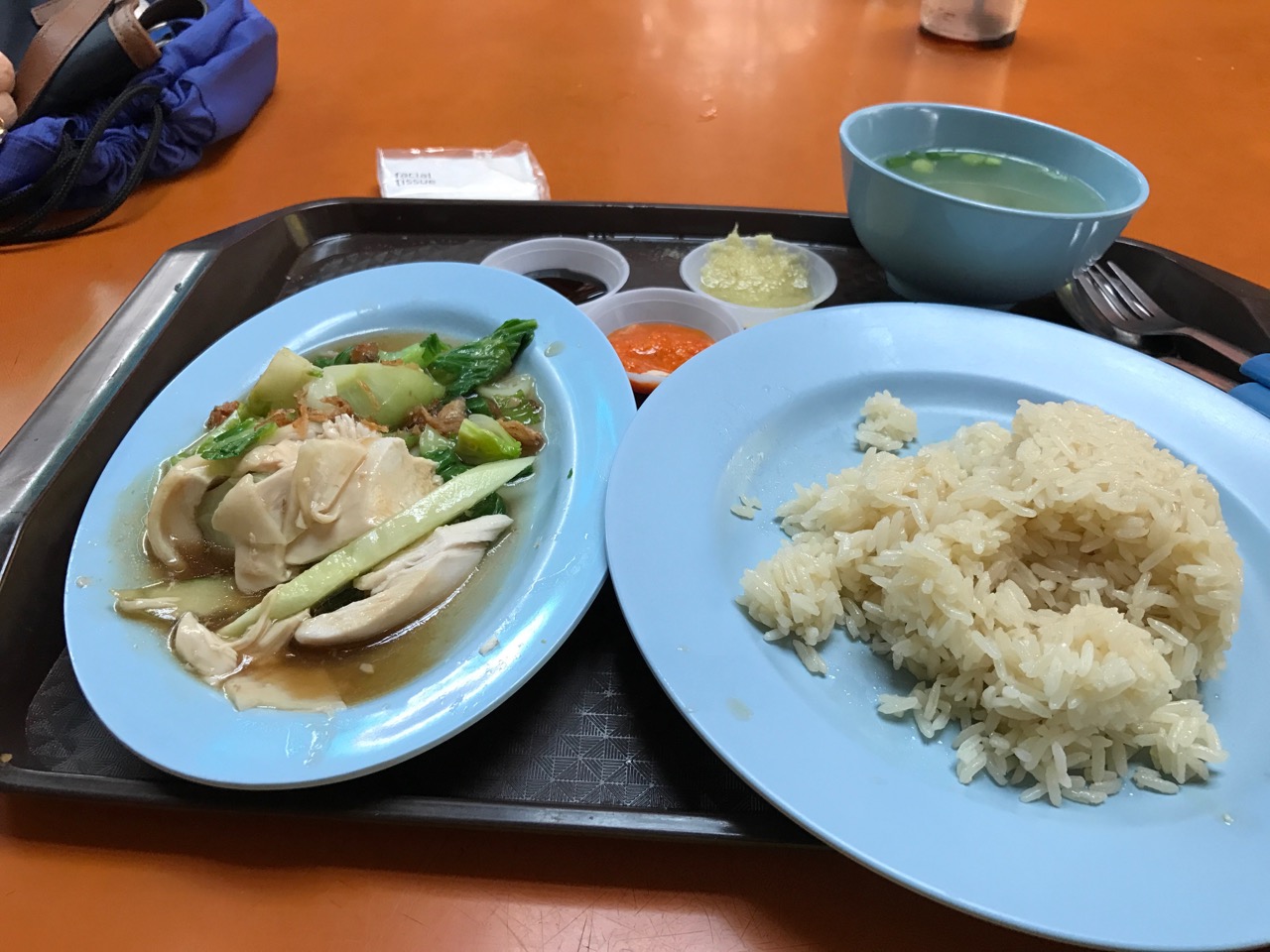 First, let’s talk Chicken Rice.  If there’s a national dish of Singapore this is probably it.  It comes to the region via Hainan Provence in China.  The chicken is poached below the boiling point. Then the water is boiled, the chicken is put in, the heat is turned off, the pot is covered, and the chicken just sits there for about 40 minutes.  (I’m sure there’s a lot more than water in that pot but nobody’s talking.)  The resulting stock is then flavored with ginger, garlic, and a few mystery ingredients and used to make the rice.  The dish is served with dipping sauces made from red chili and garlic, and dark soy and ginger.  Cucumber is also boiled in the broth, combined with soy and sesame sauces, and served as a side dish.  The chicken may be cold, room temperature, or anyway they feel like serving it.  It may be served with or without bones.  Any way you do it the result is a soft, aromatic dish that may not blow you away but is extremely pleasant.  People in Singapore who eat this dish a lot get very sophisticated about it, and very opinionated too.

Now let’s talk about where to get it: pretty much anywhere in Singapore, but we’re going to focus on two stands in the Maxwell Street Hawker Center which is located in Chinatown.  (Much more on Hawker Centers in an article to come.)  Tian Tian is a stall in that center that has become famous.  It’s in all the guide books and Anthony Bourdain went crazy over it years ago in an episode of No Reservations.  What is not as well known is that the head chef got into a big argument with the owner (who is a relative), and left taking most of his staff with him. He then opened his own place, Ah Tai, exactly three stalls to the left.  South Philly all over again. 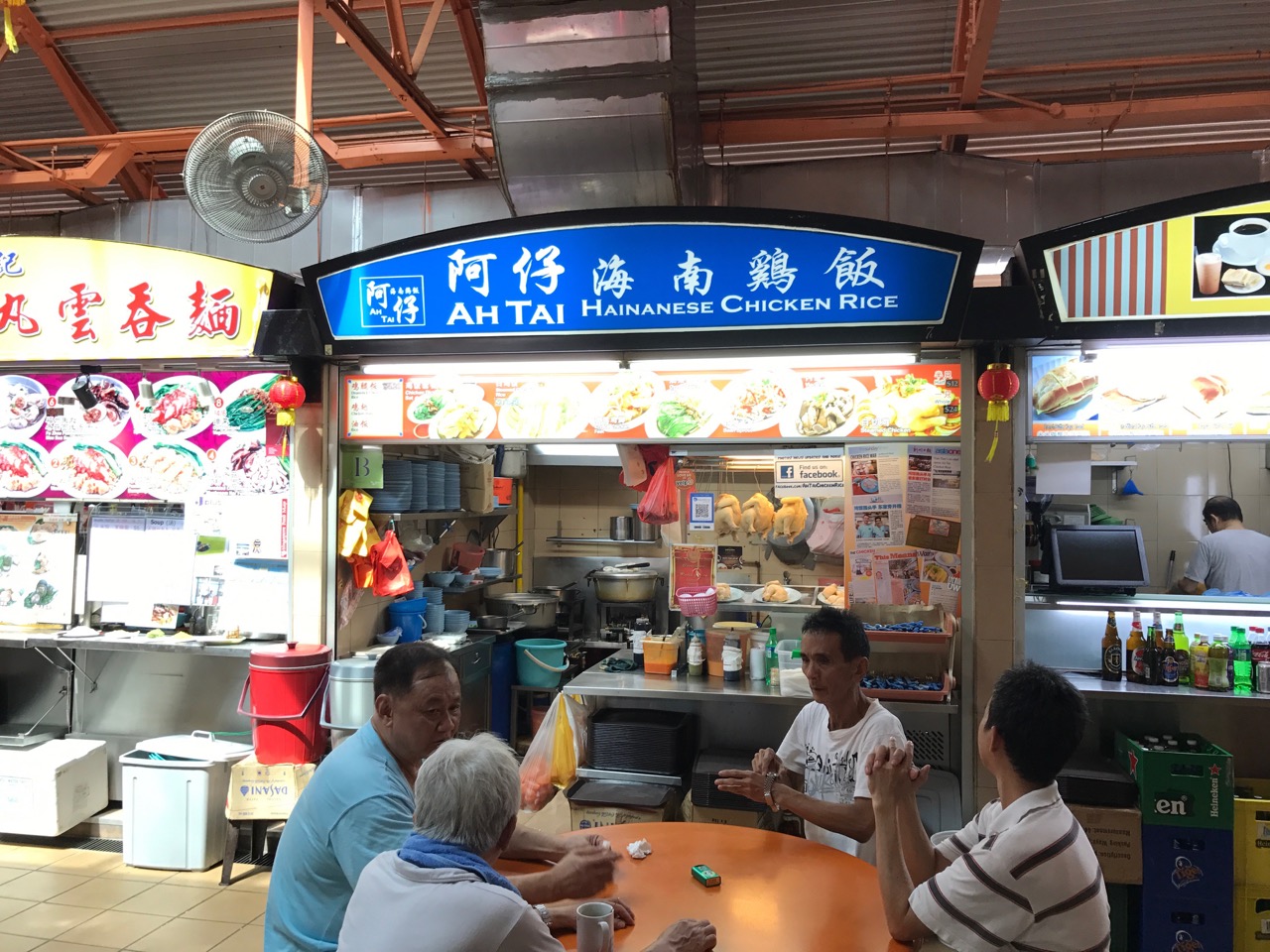 We first tried Ah Tai.  The set came with a clear soup, boned chicken served pleasantly tepid, vegetables, cucumbers and all the dipping sauces.  When the chefs saw that my wife and I were sharing the dish they immediately ran out and gave us a second soup.  At Tian Tian there was a line of mostly tourists.  The chicken was served cold and on the bone along with the vegetables, but no soup.  There was a more extensive menu and you could certainly get as many side dishes as you wanted.  In both places we spent about $5.

Both were very good in different ways, and I could begin to see how the locals could get into all sorts of discussions of the relative merits of each.  But I liked the chicken lukewarm, I thought the dipping sauces at Ah Tai were better, I thought the chicken was softer, I liked the guys there, and they get my vote in the big Chicken Rice war. 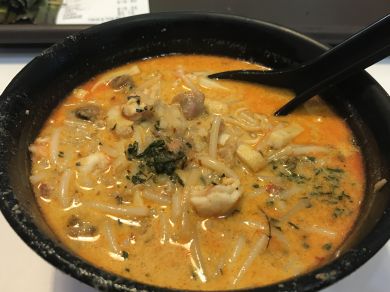 Another very Singaporean dish is Laksa, which is part of the Peranakan cuisine.  Peranakan, which means “native born”, are the descendents of Straits-born Chinese.  They have beautiful traditional costumes, lovely jewelry, and great food.  The dish is rice noodles, fish cakes and shrimp in a spicy soup made of coconut milk, dried shrimp and curry spices.  Versions of this dish are popular in Malaysia and Indonesia and there are different variations in Singapore.  You may find cockles or hard cooked eggs in the dish in some places.  But the most famous Laksa comes from an area called Katong where the noodles are cut up so only a spoon is required and the broth is very rich.

I had heard of two places, both on the East Coast Road, across the street from each other, that were vying for best Laksa in Singapore.  They were 328 Katong Laksa and The Original Katong Laksa.  We got to 328 easily enough but Original Katong Laksa was nowhere to be found.  Locals told me that there had been a place across the street but that they were no longer there.  My disappointment was only assuaged by the fact that the 328 Laksa was sensational.  I actually buy a packaged Laksa in an oriental supply store and have it often with shrimp balls and a hard-boiled egg for breakfast or a light lunch.  This was light years different.  It was just an amazingly flavorful bowl of wonderfulness that is a defining dish in a food obsessed country.

It looked like this was a food war that had been won, but later I got on the internet and found that Original Katong Laksa had moved to another part of town due to a rent dispute.  It is now in a more modern facility and has a more extensive menu.  Unfortunately, time did not permit tracking it down, but if I ever go back to Singapore you know what my first stop will be. 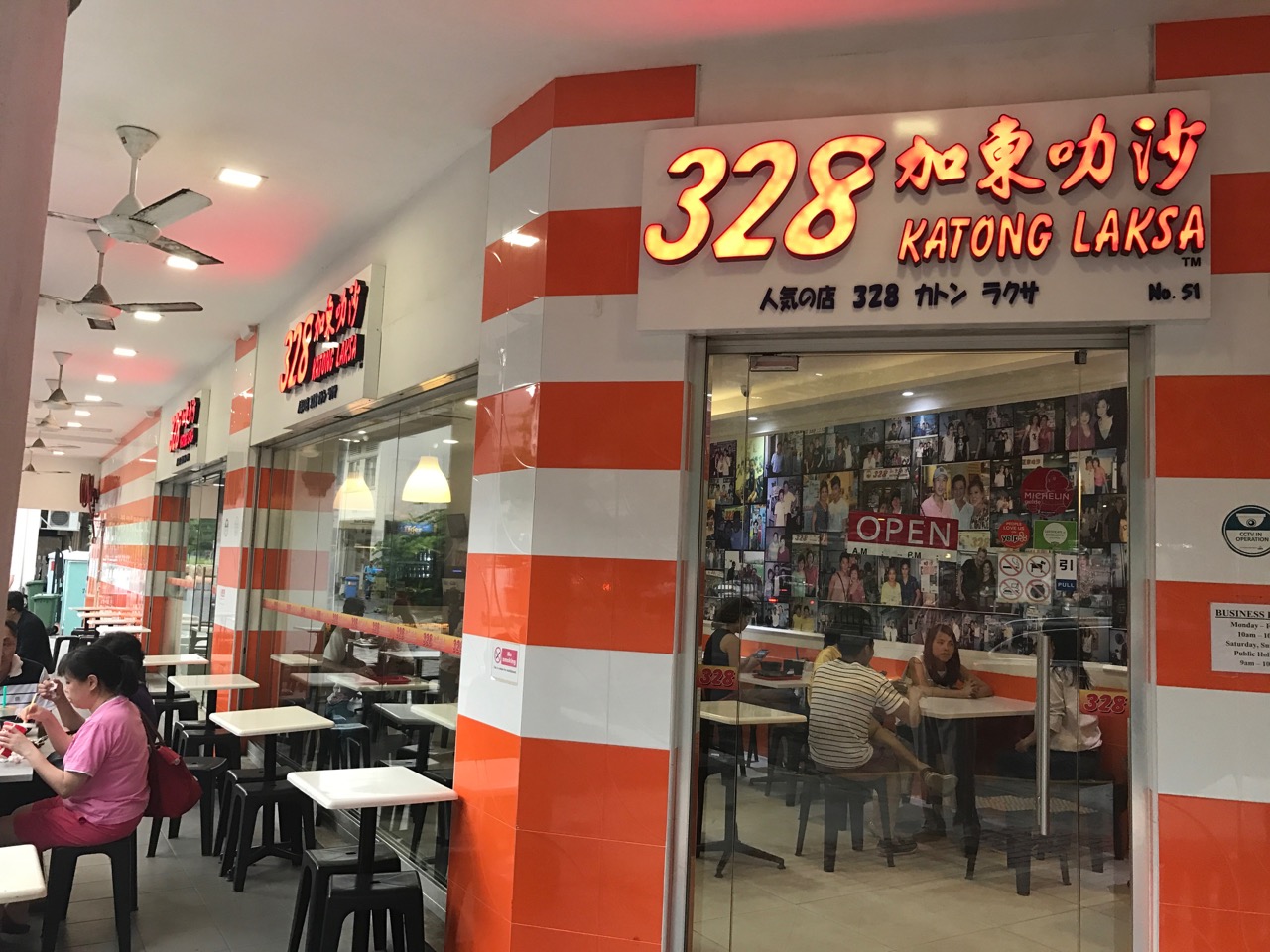