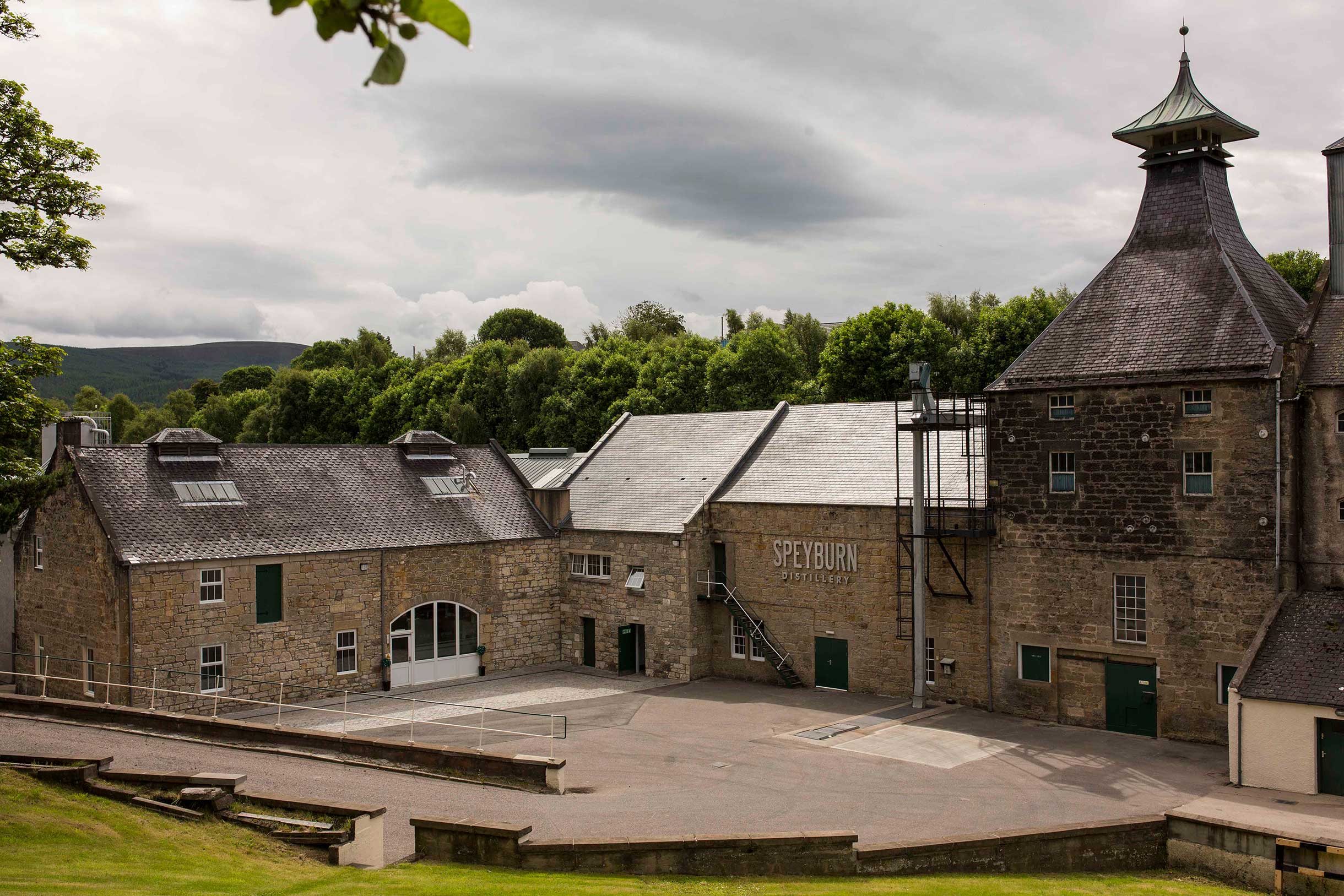 Speyburn was founded by John and Edward Hopkins, two brothers from Speyside, in 1897. They located their distillery near the town of Rothes and close to a pure water source, the Granty Burn, which was a tributary of the River Spey. John Hopkins appointed Charles Doig, the celebrated distillery architect, to design the plant, and Speyburn still has the classic pagoda ventilator for which Doig is best known.

The brothers were insistent on producing their first whisky in 1897 to honor the Diamond Jubilee of Queen Victoria, but life kept getting in the way. Production was scheduled to start on November 1 but the stills weren’t operational until December 15, at which point the facility still had no doors or windows. According to legend, crews of men in overcoats and mufflers worked through the night of December 31, in blizzard conditions, and finally succeeded in producing one butt of whisky (the modern equivalent of 490 liters).

The operation was taken over in 1916 by the DCL (distillers Company Limited), and struggled through the Depression and Second World War. In 1991, it became part of Inver House, a tradition-minded company that also owns Balblair and Old Pulteney. According to most sources, the facility today looks pretty much the way it did a century ago.

Over 40 single malts are produced in Speyside, including some of the most famous ones: Glenlivet and Glenfiddich, along with Cardhu, Dalwhinnie, Glenrothes and Balvenie. The foundation of the Speyburn brand is their 10 Year- Old bottling, along with the Arranta Casks and Bradan Orach expressions.

In the Inver House era, Speyburn has become hugely popular---it is consistently ranked among the top 10 best-selling single malts in America. There are several reasons for this. For starters, the spirit is virtually free of peat, making it more accessible to beginning Scotch drinkers. Peat consists of decayed and compressed vegetable matter, and traditionally was the only heat source available to Highland distillers. Many distilleries still use it, in an effort to present themselves as traditional and authentic. This makes as much sense as riding a horse through midtown Manhattan during rush hour, on the theory that it was a good enough means of transport for 17th century settlers.

The other reason, of course, is price. A bottle of Speyburn 10 Year sells for $29, compared to $54 for The Macallan 10 Year Fine Oak. They are both Speyside malts, but The Macallan has a higher public profile and perhaps a more robust advertising budget. Is one any better than the other? Obviously, much depends on your stylistic preference. One expert described Speyburn as a whisky for daily drinking rather than a meditation whisky, and another characterized it as a summer malt. Both descriptions fit.

Speyburn 10 Year ($29) was bottled at 86 proof/43% ABV. The soft, floral nose is fragrant with aromas of citrus and stone fruit, along with undertones of honey, toffee and baking spices. It enters the mouth smoothly, with a brash rush of citrus and tropical fruit flavors in the mid palate, followed by an edge of pepper and spice. Hints of toffee pick up again on the finish, framing the spiciness and leaving the palate pleasantly satisfied. As delightful as this is to drink neat, it would also make an excellent Rob Roy.

The Arranta Casks bottling ($37; 92 proof/46% ABV) is a limited-edition spirit distributed exclusively in the U.S. market, aged for an unspecified period in casks that formerly held Bourbon. Arranta is a Gaelic word meaning “intrepid” or “daring,” yet the nose is far less dramatic than the 10 Year, mixing forest aromas with exotic whiffs of coconut and vanilla. The entry is creamy, but flavors of white pepper rise quickly to balance the tropical notes. It is much more assertive in the mouth than the 10 Year, with a spicier palate imprint and longer finish---well-suited to a cold night in front of the fireplace.

Like the Arranta Casks, the Bradan Orach ($23) carries no age statement (Bradan Orach is Gaelic for “golden salmon,” a reference to salmon fishing in the River Spey). It was bottled at 80 proof/40% ABV. Aromas of green apple permeate the nose, along with a high-toned note of menthol. In the mouth, the whisky is simple and straightforward, with flavors of bitter oranges---orange marmalade is the most common descriptor used for this particular spirit. The bitterness persists onto the finish, tempered by citrus. While it may not be as satisfying as the 10 Year, you certainly can’t complain about the price. 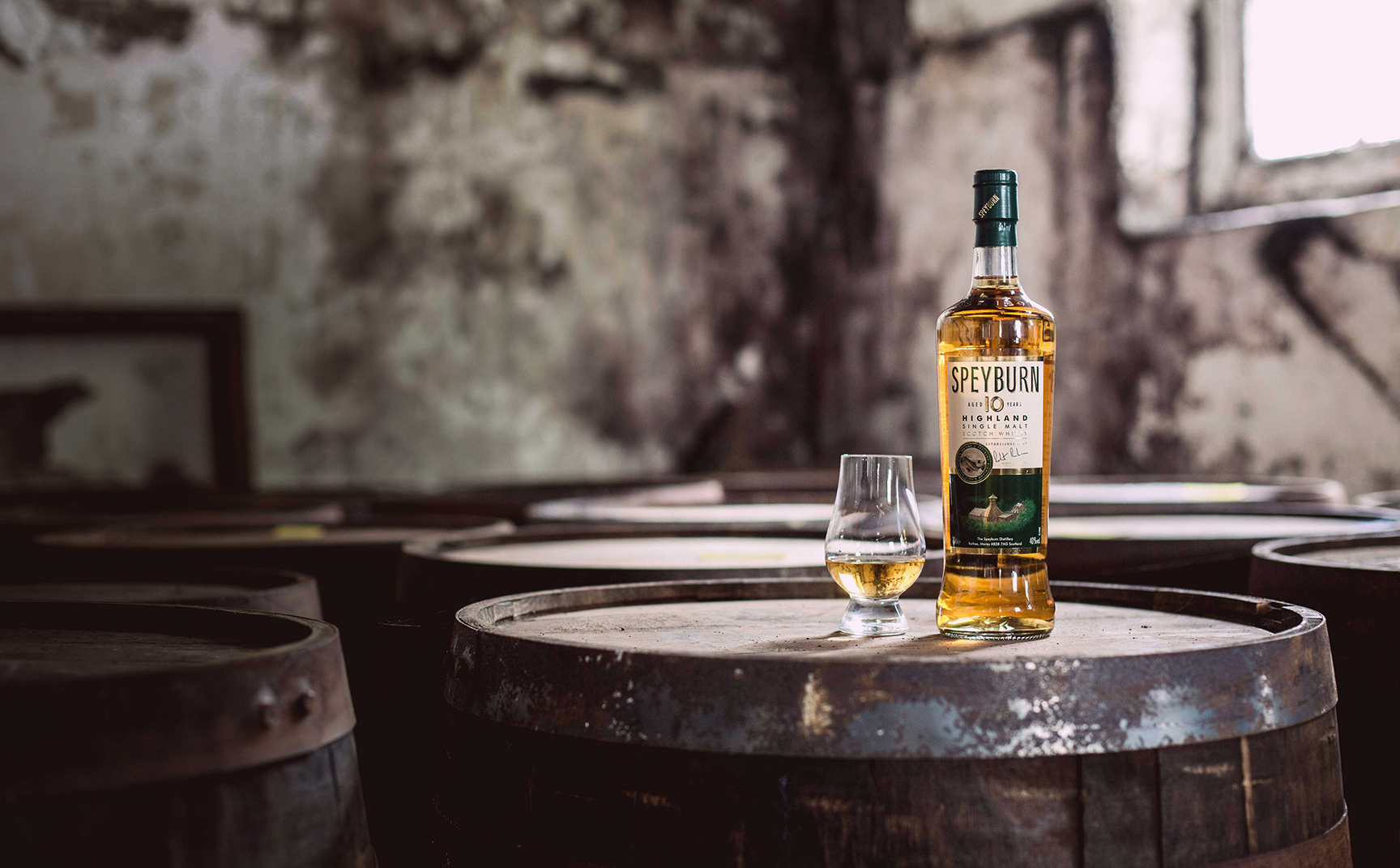