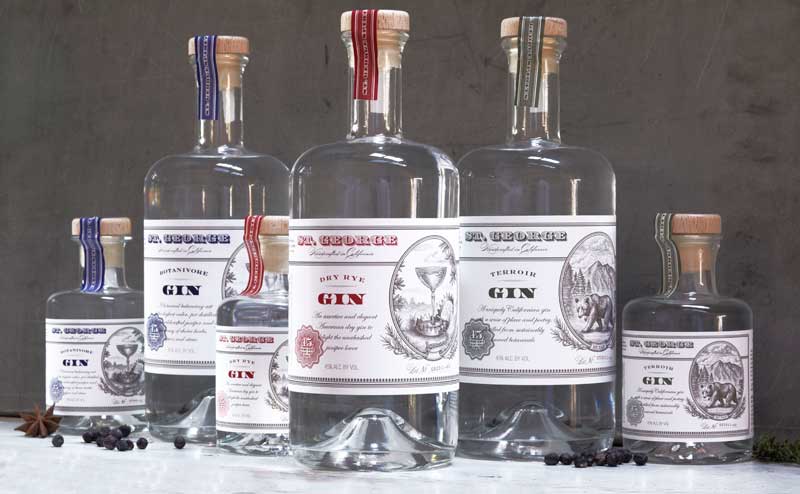 Back in 1982, when Jörg Rupf founded St. George Spirits in Alameda, California, the craft distilling movement in this country didn’t exist. Like many other visionaries, Rupf was at least several decades ahead of the societal curve. To make matters more difficult, he decided to focus exclusively on eau de vie, a spirit practically unknown among American consumers.


As the years passed, Rupf became the Godfather of American craft distilling. He won numerous awards for his eau di vie, and trained the next generation of artisan distillers, men such as Steve McCarthy (Clear Creek), Randall Grahm (Bonny Doon) and Fritz Maytag (Anchor Distilling). However, the pivotal moment in the history of St. George was probably the day in 1996 when Lance Winters turned up to apply for a job, with a bottle of homemade whiskey in hand as his resume.

Winters, a former brewer and nuclear scientist, eventually transformed St. George under Rupf’s leadership. The two men put their first whiskey in barrel in 1997, and the country’s first single malt was released in 2000. In 2008, after 28 years as master distiller, Rupf officially turned the operation over to Winters.

If the average consumer is familiar with St. George Spirits, he or she would likely connect the company to Hangar One Vodka, a brand they launched in 2000. At the time, Rupf and Winters wanted to make spirits from citrus, but found the flavors incompatible with eau de vie. With materials sourced from California growers, the pair produced vodkas such as Buddha’s Hand Citron, Mandarin Blossom and Kaffir Lime. The brand was sold to Proximo Spirits in 2010, although St. George continues to make the vodka under contract.

In the post-Hangar One era, St. George has created spirits such as Absinthe Verte, Agua Libra Rum, Breaking and Entering Bourbon, and liqueurs made from raspberry and pear. One of their most distinctive accomplishments is a trio of gins---Terroir, Botanivore and Dry Rye. All three are bottled at 90 proof/45% ABV and retail in the $35 range, but they and very different in flavor and style.

I began with the Dry Rye because it was described as a gin for whiskey drinkers, a mix of pot-distilled rye with five other botanicals, with juniper playing a central role. The nose offers a warm and pleasant assortment of malt and grain aromas. In the mouth, it has a high-toned palate imprint dominated by the grains but also containing a core of citrus and anise; surprisingly, the juniper stays firmly in the background. The mid palate is long and clean and the finish is even cleaner, marked by echoes of mint, pepper and fennel.

According to St. George, Terroir Gin is “forest-driven…an ode to the wild beauty of the Golden State” (have all the hippie poets become distillers?). The nose is fresh and floral, with scents of pine and suggestions of lavender; the juniper seems more present here, even though the percentage used is far less than the Dry Rye. The Terroir is sweet on entry and turns spicy in the mid palate, with pronounced notes of pine, fir and sage; it is, as they claim, “a forest in your glass.” The finish is long, minty and penetrating.

The Botanivore Gin is a riot of 19 different botanicals. The most prominent are juniper, bay laurel and cilantro, all of which stand out on the nose. Like the Terroir, it seems sweet on entry and turns spicy in the middle, but also has a lush---almost unctuous---texture which is very appealing. The finish is lengthy and elegant, with resonant hints of juniper and pepper. With characteristic modesty, the folks at St. George suggest that this would make “the best gin and tonic ever.” 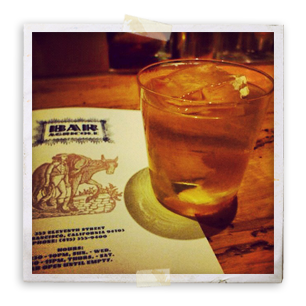 All three of these spirits would obviously form the basis for some thrilling and very different Martinis, not to mention memorable Negronis. However, here’s a recipe for a cocktail you won’t soon forget, originally developed by Thad Vogler of San Francisco’s Bar Agricole: