tyranny of the tasting menu 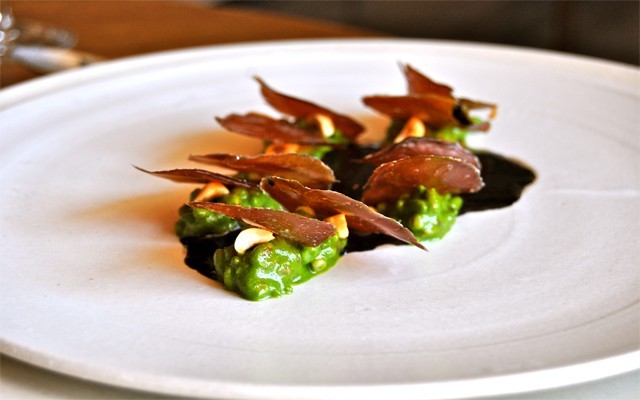 Years ago, when inexperienced diners visited fancy restaurants for the first time, one of their biggest fears was what to order. How could they possibly navigate through a long and complex menu containing dishes described in a foreign language? For many people, the challenge of choosing something they might like was more daunting than how much to tip or which fork to use.

Today that situation has been resolved for customers in high-end restaurants through the miracle of the tasting menu. You pay a set price and receive a predetermined number of dishes in a fixed order. The only choice you need to make would be wine, but many restaurants also offer a “sommelier’s wine pairing” in which a glass of wine accompanies each course, for an additional fee.

Before you celebrate this apparent triumph of personal freedom, be aware that it may not be as liberating as it seems.

economics of the tasting menu 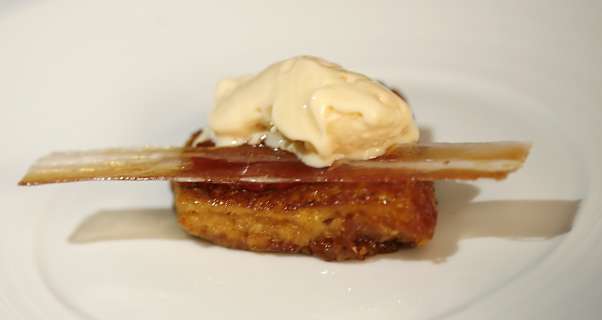 There are currently 14 restaurants in the U.S. that hold three Michelin stars, the highest possible accolade. All but one impose a mandatory tasting menu on their guests. The lone exception is The Restaurant at Meadowood, in the Napa Valley, which serves a tasting menu in the dining room but also offers the option of a counter menu in the kitchen or a three-course meal at the bar.

The cost of an evening in one of these places is far from cheap. In New York City, Masa, a sushi joint, charges $595 per person before beverages, tax and tip. Thomas Keller’s Per Se starts out more reasonable, but rises to close to $700 per head if you take all the menu supplements (caviar, truffles, etc.). You can do the math, but $2000 for two is not unexpected in either case. In San Francisco, Coi is $250 and Quince is $180 or $220, depending on which set of options you choose. Benu and Saison don’t even bother to inform prospective diners of the price on their websites (if you have to ask…).

Not all prices are quite so astronomical. Jean-Georges in Manhattan charges $128 for a four-course menu. With a judicious choice of wine, two people can get out for $500-600, a mere pittance compared to others restaurants in the same category.

What if you want to spend part of your evening at the movies, or watching a concert or sporting event? As they say in Brooklyn, forget about it. Consuming a ten or twelve-course meal at any of these places can easily take four or five hours, especially when you factor in the time granted you between courses to sip expensive wine. Once you’re there, you’re in for the night.

Of course, most of us don’t dine regularly at Michelin-starred restaurants, but there has been a considerable trickle-down effect with regard to set menus. Virtually every restaurant with pretensions to greatness offers one, and there are more and more places where consuming it is mandatory. What’s behind this trend? 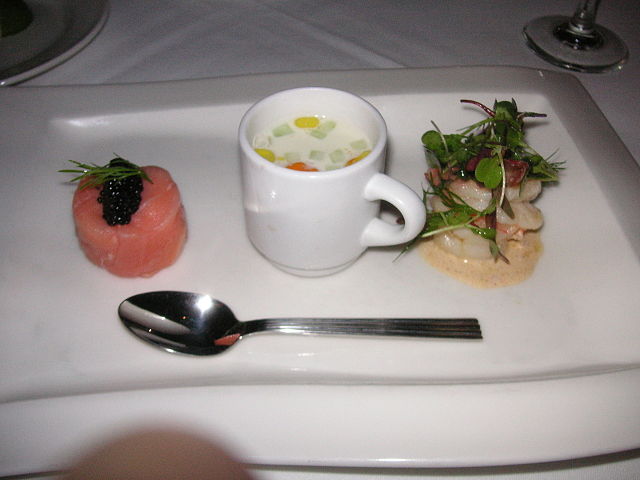 From the restaurant’s perspective, the benefits of offering a single menu are obvious. It greatly reduces the volume of food that needs to be stocked on any given day, and the chef doesn’t have to worry about spoilage. In restaurant terms, it decreases food cost by eliminating waste. In place of this common-sense equation, you’re likely to hear that it frees up the chef to be more creative, allows him or her to focus on seasonal ingredients in the market, etc. Make no mistake, however, that economics loom large in this situation.

From the vantage point of the customer, things are not quite so rosy. The elements of freedom and choice have been totally eliminated---you eat whatever is put in front of you. If you fancy pot roast rather than curried octopus, you’re out of luck. And what about dietary restrictions? On a party of four or more, you can probably get away with one person who doesn’t eat meat or shellfish or gluten, but any more than that will likely throw the establishment into chaos.

Fifty years ago, the concept of the tasting menu was practically unknown in this country. Le Bec Fin in Philadelphia was one of the earliest practitioners. The first place to do it in New York, as far as I can remember, was The Palace, which charged the then unheard-of sum of $50 per person in the 1970s.

The forerunner of the tasting menu was the prix fixe, which migrated to the U.S. from Europe. The prix fixe was less draconian: it usually allowed a choice of three or four items within each course, but the benefit to the restaurant was the same. They only needed to have enough food on hand to produce a limited repertoire of dishes (this is why repeated deviations from the menu can’t be tolerated: there isn’t enough food in the house to create a substitute).

In the realm of economics, the biggest benefit of the tasting menu is that it guarantees the restaurant a specific amount of revenue per head. You may “only” be charging $49 or $99 for that evening’s offerings, but you don’t have to worry about people like my wife who are apt to order just a salad and an appetizer. And the places that are charging $250 or more per head are making a fortune, correct? 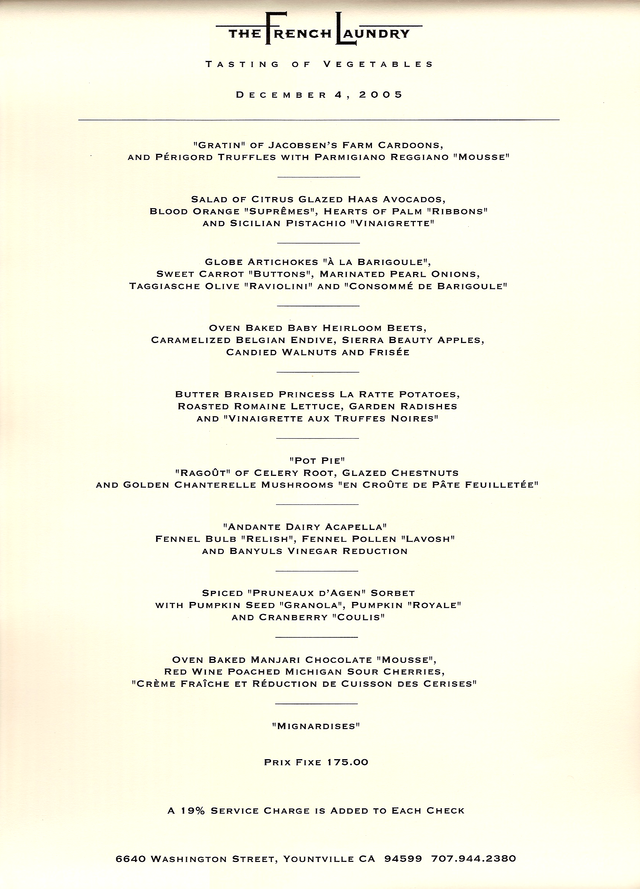 The answer to that question is no. Net profits are alarmingly low in the restaurant industry, ranging in most cases between two to six per cent. How can it be that the culinary palace with the $500 tasting menu is only making ten bucks on the food?

A restaurant’s biggest expense is food cost. Your neighborhood Chinese restaurant may be able to keep their food cost below 20%, but 33% is closer to the industry standard. The fancier the restaurant, the more expensive the raw materials---it’s not unusual for some Michelin-starred places to be north of 50%.

Labor traditionally makes up another third of expenses, and this cost also rises as the establishment becomes fancier. Service standards are higher, and more staff members are necessary. There’s an entire layer of personnel involved---wine stewards, reservationists---that more modest restaurants don’t need. Add to that the cost of high-end linen, elaborate décor and a fully stocked wine cellar, and you’re lucky to be left with 2-3%.

The irony, then, is that the most expensive restaurants tend to be the least profitable, while mid-range places generally make the most money. The pattern is for a chef to forge his reputation in a marquee restaurant, then open a bunch of bistros to pay his mortgage. No wonder Ferran Adria always talked about getting into fast food, even when El Bulli booked every seat for the entire season in a matter of hours.

Often the location of a restaurant will dictate everything else. You might be able to snag a deal in the center of Omaha or Minneapolis, but midtown Manhattan is another story---due to the cost of rent, utilities and payoffs, you know before you even open that you’ll have to charge $27 for a crab cake appetizer. And what if no one orders those crab cakes, and they sit around for a week before they get thrown out?

How do you feel about tasting menus? Share your comments and insights with the community!

This has been truly enlightening, Mark. As one who enjoys fine dining in NYC, I've often been put off by the price tags on food and wine. But you've put …