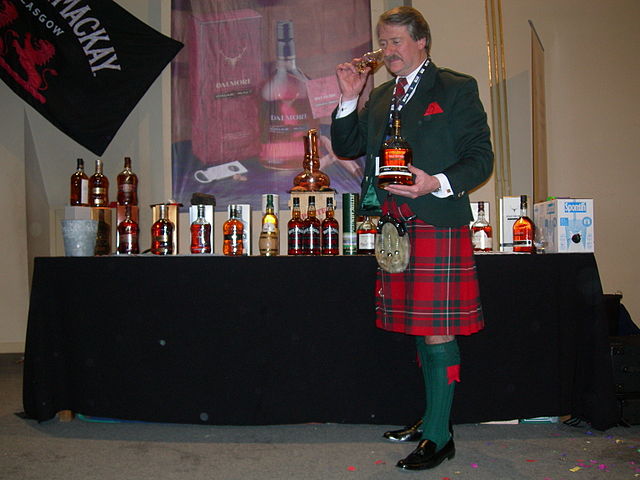 In September 2011, a bottle of The Dalmore 62 year-Old was sold to an anonymous Chinese businessman for the staggering price of $320,000, making it the most expensive bottle of Scotch (or anything else) ever sold. The bottle had been sitting in a glass case in a shop at Singapore’s Changi Airport. Only 12 bottles of the 62 year-Old were ever produced, blended from casks of whisky made in 1868, 1878, 1922, 1926 and 1939.

The sale sent shock waves through the community of whisky investors and collectors, many of whom are programmed to believe that Single Malts such as Glenlivet, Glenfiddich or The Macallan are the summit of the mountain, and who are also taught to look down on blended whisky. The Dalmore, however, is the product of a single distillery. The whiskies are aged for different intervals in various types of casks before being married together by Richard Paterson, the third-generation Master Blender.

Established in 1939 by Alexander Matheson, The Dalmore was owned for a century by Clan Mackenzie (it was purchased in 2001 by the firm of Whyte and Mackay). Legend has it that in 1263, an ancestor of the Clan saved King Alexander III from a rampaging stag on a hunting trip. The King allowed him to display the royal emblem of a twelve-pointed stag on his coat of arms, and this image adorns each bottle of The Dalmore today. The distillery is located north of Inverness on the Cromarty Firth, famed for its water and for the quality of the barley from the coastal soil.

As good as the raw materials are, the barrel treatment is what forms the heart of The Dalmore. The 12 Year-Old, for example, is made from whiskies matured in either American White Oak Bourbon barrels or Oloroso Sherry casks; the whiskies for King Alexander III are held in a combination of Bourbon barrels, Sherry butts, Port pipes, Marsala barrels, Madeira drums and French wine barriques. The unifying force is Richard Paterson. A charming man who exudes an interesting combination of modesty and self-assurance, he works in a style which is balanced, elegant and harmonious. He has elaborate and amusing theories on every aspect of whisky consumption---including which glass to use, how to hold it and how best to nose the spirit---and is an enlightening and hilarious tasting companion.

Reviews of the dalmore 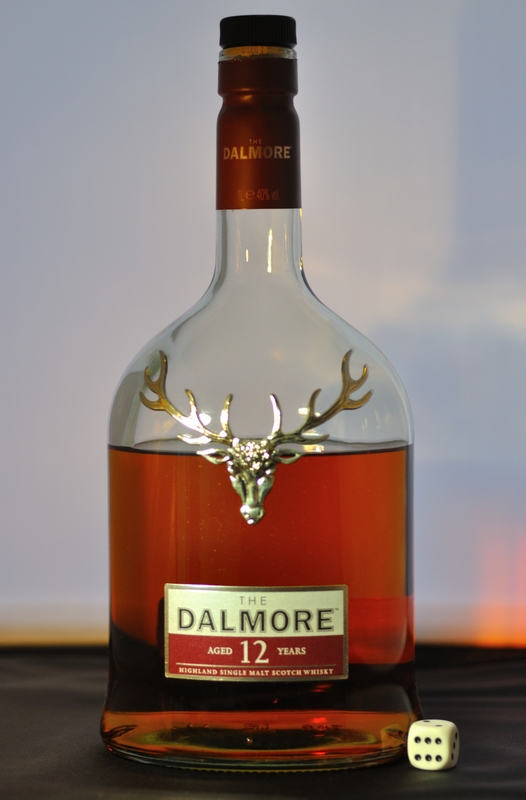 12 Year-Old ($50): Notes of orange marmalade on the nose. Smooth and spicy at once in the mouth, with distinctive pepper overtones. This has terrific length, resonating with flavors of white pepper and orange essence.

Gran Reserva ($65; blended from a range of whiskies 10-14 years old, 60% Sherry wood and 40% Bourbon casks): Rich nose with whiffs of anise and poppyseed. Even richer in the mouth, with a pleasantly oily texture and remarkable smoothness. Once again, pepper notes emerge on the long finish.

15 Year-Old ($80; matured in equal amounts of three different Sherry casks---Amoroso, Matusalem and Apostoles): Ripe, sweet nose with hints of teak, cedar and cigar box. Rich and sensual on entry, with overtones of chocolate; long, profound finish with repeating flavors of citrus and pepper.

King Alexander III ($225): Plummy nose with scents of vanilla, cedar and orange. Sweet and spicy in the mouth, with great amplitude, complexity and finesse; combines purity of texture with intensity and force. The finish is long and haunting. 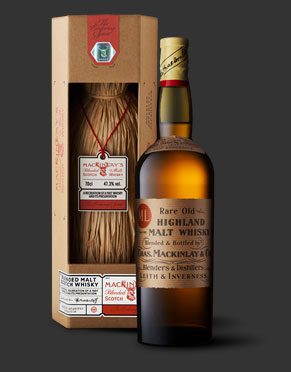 You may not have the resources to mount an expedition to Antarctica, but you can drink like the explorers who got there.

In 1907, Ernest Shackleton and his men set out for the South Pole on their ship, the Nimrod. They were forced to evacuate in 1909, about 100 yards from reaching the Pole. Even more heartbreaking, they had to abandon a stash of Mackinlay’s Rare Old Highland Whisky, leaving it under a floorboard in their expedition hut.

That whisky was found several years ago, intact after a century---it never got cold enough to freeze, even in Antactic temperatures (there’s an upside to global warming, after all). Scientists extracted samples of the whisky and sent them to White and Mackay in Scotland, the firm that purchased Mackinlay’s many years ago.

After subjecting the whisky to extensive chemical analysis and gas chromatography, researchers were able to determine the region where it had been made (Orkney), the level of peat (low), and the barrel regimen (American oak casks, used once to age wine or Sherry). Richard Paterson, White and Mackay’s extraordinary master distiller, was then able to blend a number of old whiskies from the storehouse available to him, and successfully recreate the Shackleton Scotch. The finished product contained whisky from the original distillery in Glen Mohr where the Mackinlay was made, along with liquor from Dalmore in the Highlands, Speyside (Benriach and Glenfarclas) and Balblair, Pulteney and Jura. The final blend was then aged in sherry casks, and subjected to rigorous analysis once again to make certain that it was identical to the original.

Odds are you’ll never be able to taste the original, but the recreation of Mackinlay’s Rare Old Highland Whisky is now available for purchase at several dozen purveyors around the country, at an average price of $175. What’s it like?

The whisky has a pale yellow gold color and a rich nose with aromas of wheat, malt and spring flowers. It is fruity and flavorful on entry, coating the palate with attractive notes of fresh peaches, citrus, honey and pepper. The texture is unctuous, yet the spirit is vivacious and lively rather than heavy and cloying. The peach notes become more pronounced on the finish, which is long and luscious. It must have been a heartbreaker to leave this one behind.