when tipping is included, who gets the tip? 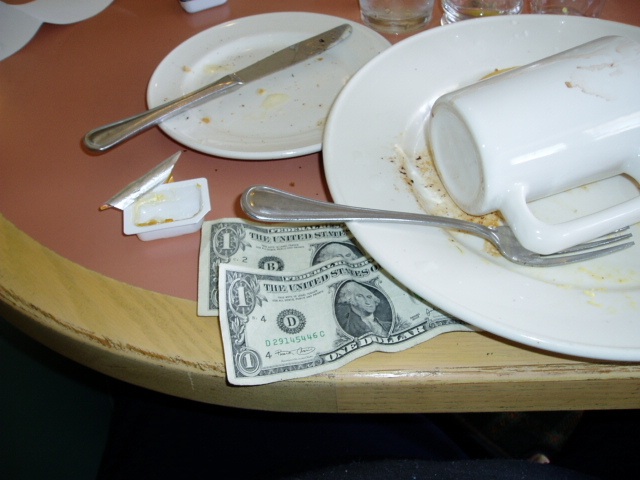 Tipping still remains a mystery for many restaurant diners. Given that the current standard for good service is 20%, and that number can be computed by dividing the check by five, it’s difficult to see what all the confusion is about. It’s true that some customers are addled by alcohol, and others come from cultures where tipping is included in the check. If you ask the wait staff, however, they’ll tell you that those folks are simply cheap.

Even with the occasional cheapskate, servers in high-end restaurants do very well---as they should. Their erratic hours often lead to dysfunctional lives, and they’re forced to be pleasant and solicitous to people they’d prefer to strangle. For many of them, the only compensation is money.

Ever since restaurants have existed, there has been friction between employees in the back and front of the house. Kitchen workers feel their talent and skill is what makes a restaurant successful. At the same time, servers believe that the personal connection they create with customers is what keeps the clientele coming back.

Both groups may have a point, although their compensation tends to be wildly different. Except for the occasional media sensation or multi-unit operator, cooks aren’t well paid. According to Rhode Island’s Johnson & Wales, a leading culinary school, wages for non-tipped employees have risen 25% over the past 30 years, while the pay of tipped employees has gone up 200%—mostly due to a rise in food prices and an increase in the average tip from 15% to 20% of the check. In very expensive and popular restaurants, it’s not unusual for servers to be making six-figure incomes. 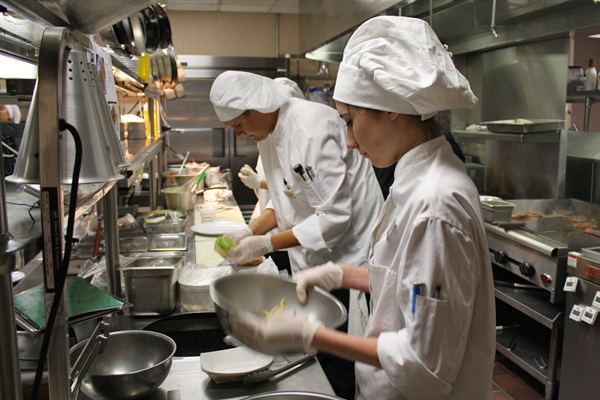 The trend toward eliminating tipping

One of the latest trends in the hospitality industry is the elimination of tipping. Famous restaurateurs such as Thomas Keller and Alice Waters spearheaded the practice, and the latest high-profile operator to abolish tipping is Danny Meyer of New York's Union Square Hospitality Group. Eleven Madison Park, holder of three Michelin stars, has followed suit. On the surface, it seems like an ideal solution: diners don’t feel pressured to leave a gratuity, and the service staff is free to treat all customers equally.

However, restaurants that have eliminated tipping have either added a service charge to the bill or raised prices to compensate, and neither solution tends to make their clientele feel happy. Remember the $500-per-week cook who wanted a raise to be more equal with his $1000-per-week service colleague? When that cook gets his pay increase, it’s likely to be coming out of the tip pool rather than his employer’s pocket. Meyer is the target of a class-action lawsuit over tip distribution, and is reportedly considering reverting to the old system.

Meyer is far from the only restaurant operator who has been taken to court over tipping. A Manhattan attorney named Maimon Kirschenbaum has made a career of suing owners over unfair tip distribution. He has collected settlements from such star chefs as Mario Batali, Daniel Boulud and Keith McNally, and gone after famous establishments such as Nobu and Le Bernardin. The Batali settlement was rumored to be $5 million. Joe Bastianich, Mario Batali’s partner, has said that Kirschenbaum is “shaking the very foundation of Manhattan’s restaurant industry." 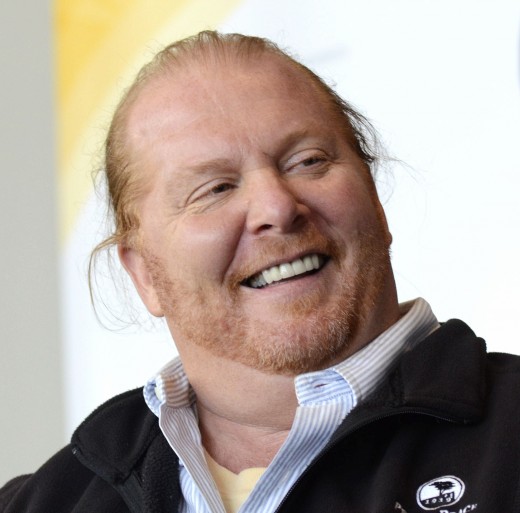 The concept of the tip pool is very common restaurants throughout Europe. A service charge is added to the customer’s check, and that money is supposedly divided among the wait staff. In smaller restaurants, where there are a handful of waiters supported by a few busboys, the computation is simple. It becomes more elaborate in an expensive, Michelin-starred joint, where there are as many gradations in rank among the floor staff as you’d find in the army. Places like that use a complicated mathematical formula to determine who gets what.

Something was lost when this system was transported to America. The European scale of seniority and merit was replaced by other considerations: who the boss liked and disliked, or who was sleeping with whom. Employees with no skills other than good looks (i.e., hostesses) were cut in on the pool in lieu of their employer giving them a raise. And then you had the kitchen staff, most of whom were furious with the servers for making a fortune with no talent other than the gift of gab.

It’s interesting to see this system work in real life. Several years ago, a restaurant I frequent in Manhattan decided to add a service charge to the check. I was there shortly after they implemented it, and the service was spectacular---the staff was trying their best to demonstrate that they merited the extra charge on the bill. Roughly a year later, the situation had reversed. The servers knew they were getting screwed, and they were dispirited and inattentive. On subsequent visits, the staff made a point of telling customers that they weren’t receiving the service charge and would appreciate a gratuity.

Kirschenbaum’s approach to this problem is simple: It’s illegal to hire an employee and force the other employees to pay his or her salary.

If life were fair, teachers would make as much as baseball players. So would writers, although I don’t expect that to happen anytime soon. In the world of hospitality, if we get to a point where everyone is being paid the same, the person paying those salaries won’t be the restaurant owner. It will be you. 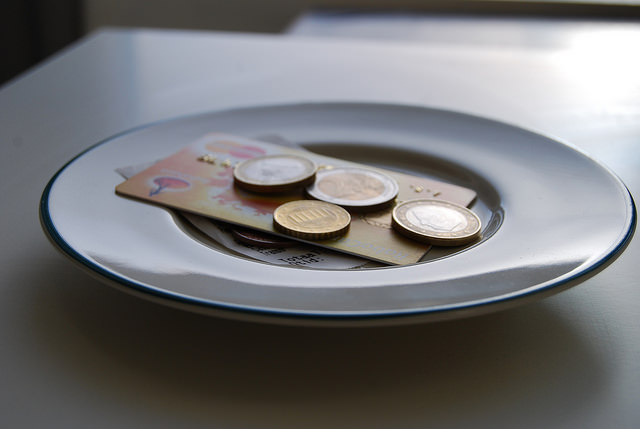