to kalon: The Importance of place 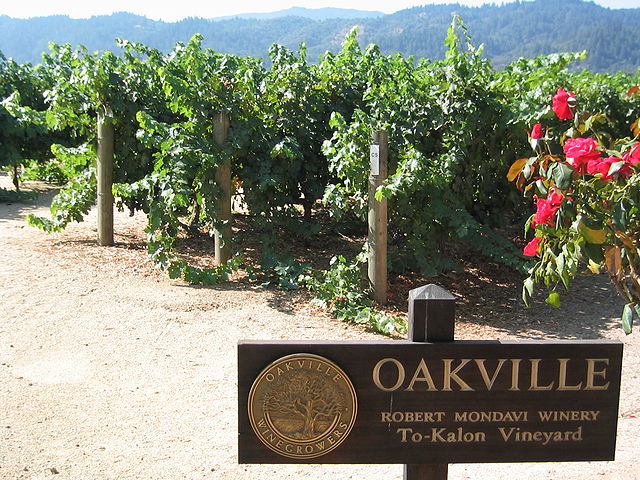 There are few vineyards in California---or anywhere else on the planet---with the importance and impact of To Kalon in the Napa Valley. The site was first planted in 1868 by Hamilton Walker Crabb, who purchased 240 acres close to the Napa River and named the property for a Greek expression meaning “the place of highest beauty.” In recent years it has been most closely associated with Robert Mondavi, who chose the vineyard as the home base of his winery in 1966 and said that it had “a feeling that was almost mystical.”

Mystical or not, the vineyard has been a source of controversy. Crabb purchased additional acreage in 1881, swelling the size of To Kalon to 359 acres, and over time the land belonged to many different owners. In 1993 Andy Beckstoffer purchased 93 acres from Beaulieu Vineyards. Beckstoffer was a grower, not a winemaker, and sought to increase the price of his grapes by insisting that his customers label their wine as a vineyard-designated To Kalon bottling; the Mondavis balked, believing that they held a trademark on the use of the name. A series of lawsuits followed, which were settled out of court in 2003.

Today, the Mondavi holdings in To Kalon include the H Block (source of fruit for the Reserve Cabernet, Oakville District Cabernet and Reserve Fumé Blanc), the I Block (planted to Sauvignon Blanc in the 1940s), and the T Block (sometimes referred to as Robert’s Block, planted to Sauvignon Blanc in 1960). Several large parcels are owned or leased by Opus One, and they provide fruit for the Mondavi-Rothschild joint venture. It’s fair to say that the To Kalon wines are the purest expression of the Mondavi style, and probably the closest in spirit to the original concept of the Robert Mondavi estate.

The origin of the term Fumé Blanc is an interesting footnote in the history of wine. To this day, many beginning wine drinkers ask about the difference between Fumé Blanc and Sauvignon Blanc. In fact, they are one and the same. California wine had a poor reputation prior to the Paris tasting of 1976, and Sauvignon Blanc was particularly held in low esteem by American consumers. Robert Mondavi coined the term Fumé Blanc with the 1968 vintage. The name echoed the popular Pouilly-Fumé of the Loire Valley, and Mondavi reasoned that Americans would think more highly of it if they regarded it as French. It was a brilliant marketing ploy, and it worked.

The nose of Mondavi’s 2015 Fumé Blanc Reserve from the To Kalon Vineyard ($53) is ripe and round, with aromas of pear, melon and minerals. On entry, the wine is brighter and more aggressive that the nose would suggest, with vibrant acidity and resonant flavors of grapefruit, lemon peel and stone fruit. It gains in depth and complexity the longer it stays on the palate---partly because it was barrel-fermented in French oak, and partly because the addition of 6% Semillon bolsters the texture considerably. The finish is long and rich, with suggestions of peach and apricot on the extreme length.

The 2014 version of Mondavi’s To Kalon Vineyard Cabernet Reserve ($142) was blended with 6% Cabernet Franc and 1% Petite Verdot. On the nose, fragrant aromas of black raspberry and anise mingle with whiffs of toasty oak. The stated philosophy is “powerful but gentle,” and the wine enters the mouth seamlessly, giving way in the mid palate to an assertive texture that combines flavors of black cherry, minerals and earthiness with bright acidity. That acidity carries the elements onto a long, mouthwatering finish.