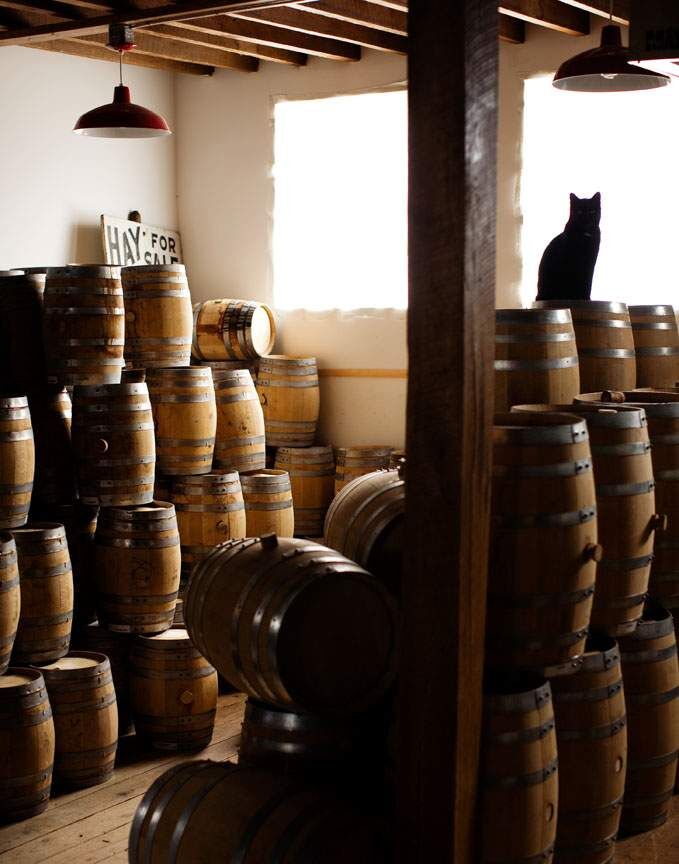 If you sat down to write a script about the creation of a craft distillery, you’d come up with something very close to Tuthilltown and Hudson Whiskey.

Craft distillers today are nearly as ubiquitous as smart phones. It was a very different story in 2001, when Ralph Erenzo and Brian Lee purchased the historic Tuthilltown Gristmill in Gardiner, New York. The mill had been converting grain to flour for more than two centuries, but no one had thought of making it into a distillery. Although there were more than 1,000 farm distillers in the state producing their own booze from local ingredients prior to Prohibition, the practice was unknown more than 80 years after Repeal.

Erenzo and Lee are very much the odd couple. Prior to Tuthilltown, Lee had specialized in building technical systems for broadcast television. He supervises the fermentation and distillation of the Tuthilltown spirits. Erenzo spent 25 years as a rock climber (in fact, the original business plan was to establish a rock-climbing ranch rather than a distillery, an idea that fortunately never materialized). Together, they built one of the powerhouse trendsetters of the craft distilling movement. Tuthilltown today specializes in producing vodka, gin and liqueurs from locally sourced materials, while Hudson, their whiskey line, has won virtually every available award and become the success story of the craft distilling movement. 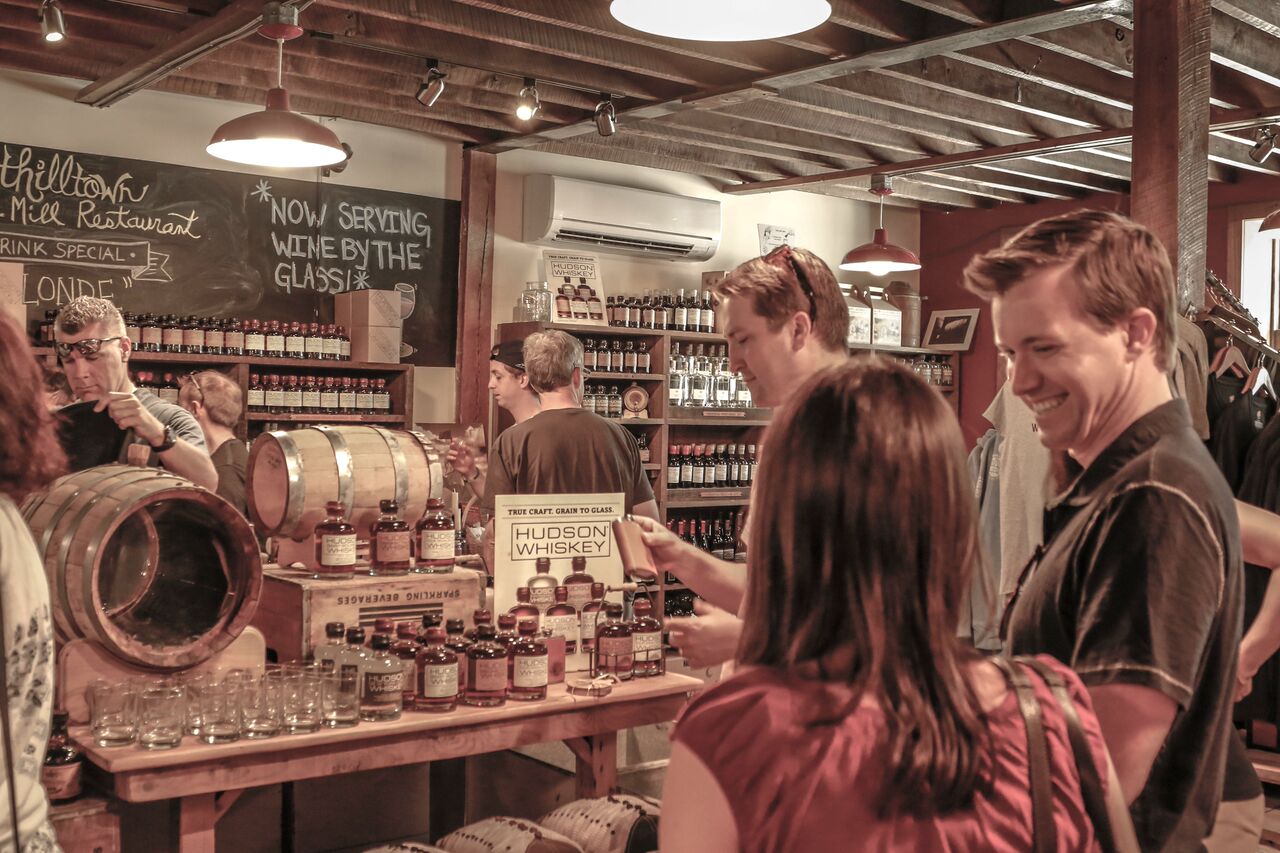 The world of craft distilling is a tightly knit circle of entrepreneurs, and eyebrows were raised in 2010 when the Hudson line was acquired by William Grant and Sons. Grant is a major player in the spirits industry, encompassing brands such as Glenfiddich, The Balvenie, Drambuie and Hendrick’s Gin. The integration of Hudson went better than anyone could have expected: Erenzo and Lee carried on as before, with the additional resources of a multi-national company at their disposal. Grant purchased the Tuthilltown brand and distillery earlier this year, along with the adjacent visitor’s center and Mill House Restaurant.

For the first decade or so of Tuthilltown’s existence, the duties of brand ambassador were carried out by Gable Erenzo, Ralph’s son. When Gable decided in 2014 to focus on production, Hudson conducted a public search for his replacement. The competition was called Making the Cut, and doubled as a sophisticated advertising campaign. Over 300 candidates applied for the position. When the field had been whittled down to three, the finalists spent several weeks at the distillery participating in every aspect of the business, and were given the chance to demonstrate their passion for the brand while Hudson filmed a documentary on the process.

The winner was Han Shan, a whiskey enthusiast and former environmental activist. Han (a Zen student who legally adopted his dharma name) travels around the country promoting the five Hudson expressions. I recently caught up with him in Palm Beach, where I had the chance to taste some whiskey and explore some of my reservations about the brand. The first was pricing: Hudson whiskey was traditionally sold in half-bottles (375 ml) at an average retail of $35-40, a steep price tag for a bottle of booze. Han explained that the company was now bottling in 750 ml and had reduced the price to $50, which is competitive with other fine whiskies on the market.

The rest of my skepticism about Hudson had to do with labeling. In lieu of an age statement, the bottles simply say that the spirit has been aged less than four years. Most distillers---and Bourbon producers specifically---are insistent about aging for six years, and some are fanatical about it. Anything less than six years is regarded as premature for many whiskey distillers. If you visit Maker’s Mark, they’ll pull out some eight-year-old samples and taste them alongside their commercial six-year-old product, to demonstrate that the extra time in cask results in a spirit that is dried out, overly oaked and lifeless. In general, the amount of barrel aging is a badge of honor in the whiskey business.

Han explained that Hudson has traditionally aged their whiskey in casks of different sizes, which results in a radically different maturation rate before blending. The smallest barrel they currently use holds ten gallons. Some are half-casks, while others are the standard 53-gallon barrel. Combining those spirits into a harmonious final whiskey is a tricky but crucial part of the distiller’s art.

The Hudson Baby Bourbon is composed of 90% corn and 10% malted barley, and bottled at 92 proof/46% ABV. The fragrant, smoky nose is infused with whiffs of white pepper and butterscotch. It is high-toned and floral on entry, nicely compact on the palate, with soft flavors of toffee and vanilla. The texture is unctuous, mouth-coating and slightly oily. With the addition of a few drops of water, it becomes cleaner, leaner and easier to drink neat.

The outstanding Manhattan Rye (100% rye, also 92 proof/46% ABV) has an atypical nose of tangerine peel, tropical fruit and anise. There’s an explosion of fruit in the mouth---interlocking flavors of melon, guava and hints of pineapple---replaced in the mid palate by cinnamon and pepper. A sweet core of ripe fruit reverberates on the long finish. A very unusual rye: complex, intriguing, and worth seeking out. 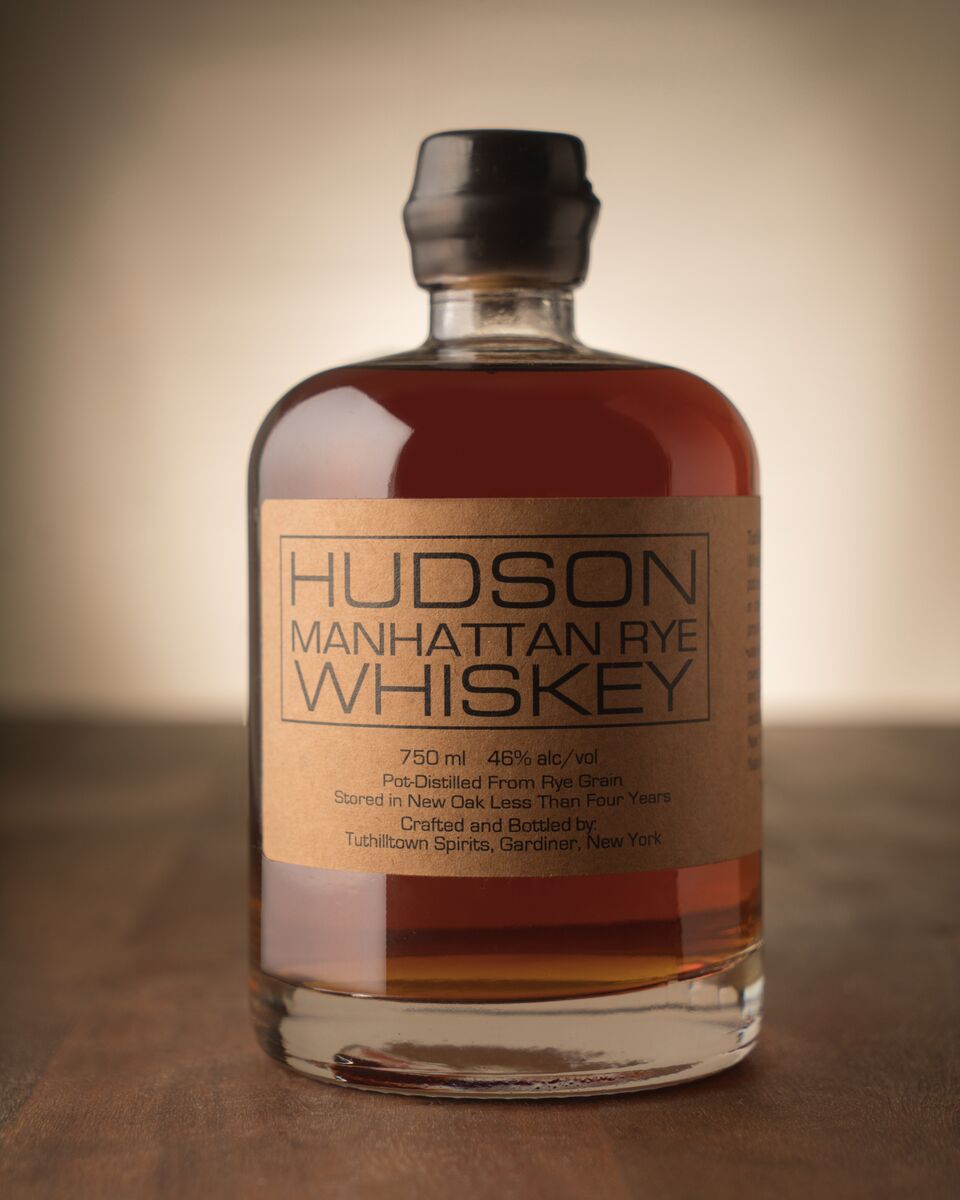