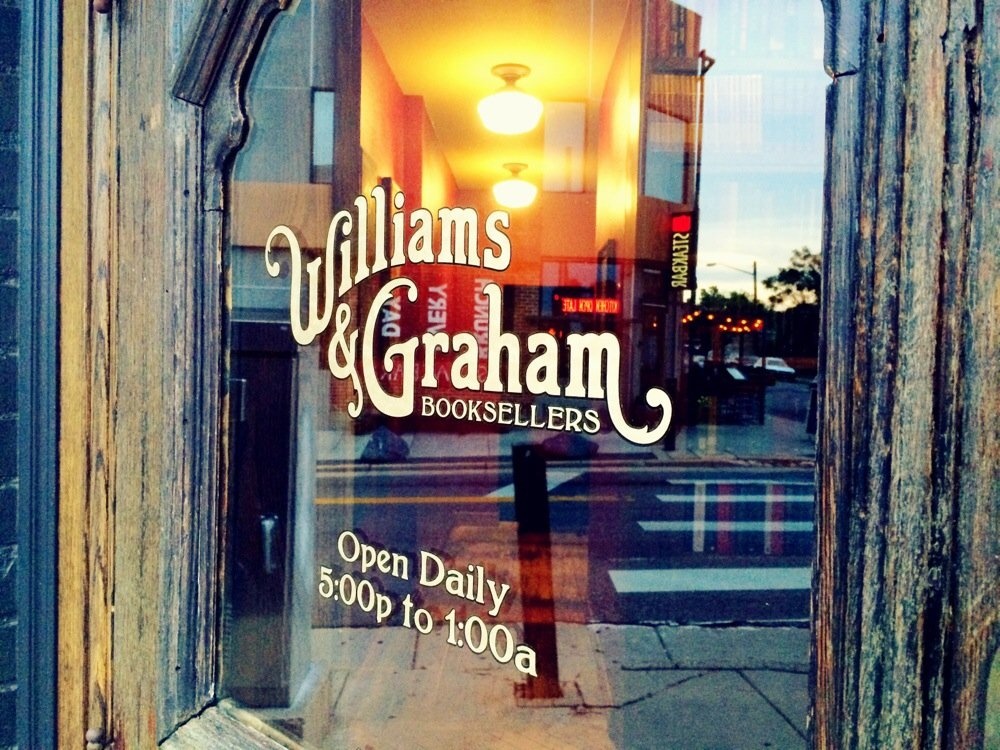 Williams and Graham is a modern American speakeasy located in the Lower Highlands neighborhood of Denver. There is a true speakeasy entrance, an anteroom posing as a bookstore. The friendly hostess verifies your reservation and checks your ID, and you enter a dimly lit space that is a beautiful recreation of a 1920s saloon. A long bar of reclaimed wood holds 15 stools, and five booths of tufted black leather line the other end of the room. Sconces mounted on the wood-paneled walls provide barely enough light to see the back of your hand.

Behind the bar at Williams and Graham you’re likely to find Jason Patz, who put in 12 years as a regional trainer for P.F. Chang’s before deciding he wanted to once again mix cocktails for a living. Patz just might be one of the finest bartenders in America---friendly and thoughtful, creative without being overbearing. If he sees you struggling to read the menu in the near-darkness, he’ll pull out a small reading light and train it on the page. Having trouble making up your mind? He’ll pour you a glass of Manzanilla sherry to tide you over until you’ve made a decision. Once you order a drink his execution is quick, crisp and precise.

The selection of spirits is staggering. They occupy nearly a dozen pages of the menu and cover every possible category; as you’d expect, there’s also a strong selection of Colorado spirits (Jason likes Leopold Brothers, Peach Street and Spring 44). The food menu changes quarterly, and you can make a restaurant of this place if you want to; offerings range from salads and sandwiches to Tuna Niçoise and steak. If you’re just drinking and grazing, there’s an excellent selection of bar snacks as well.

Williams and Graham was opened by Todd Colehour in collaboration with Sean Kenyon, a local mixologist who also has a national reputation. Colehour, a former restaurant consultant and General Manager for the Kona Grill, is the operating partner and the person most responsible for the general atmosphere of friendliness. “It may be hard to get into Williams and Graham,” says Colehour, “but once you’re here you’ll feel welcome.” Due to the small size of the place, the wait for a table or bar seat can be as long as two or three hours on weekend evenings. It’s a popular spot after work on weeknights as well, and locals have learned that it’s actually necessary to make a reservation at a bar (3160 Tejon St., Denver, CO; (303) 997-8886; williamsandgraham.com).

Have you been to Williams and Graham?